Given Martin Margiela's conceptual bent, one could imagine him putting out a perfume without any scent ? or even an empty bottle.

By Jennifer Weil and Miles Socha and Ellen Groves on March 17, 2008
View Slideshow 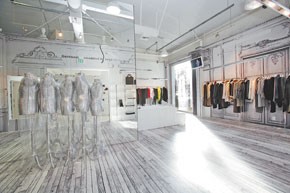 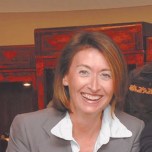 PARIS — Given Martin Margiela’s conceptual bent, one could imagine him putting out a perfume without any scent — or even an empty bottle.

But now L’Oréal has become the elusive Belgian designer’s long-term beauty license holder and only time will tell.

News of Margiela’s deal with L’Oréal confirms a report in WWD on Feb. 27. Margiela’s first scent is probably due in the fall of 2009.

And it promises to be something highly creative and unusual, according to the French beauty giant. “He has a very special story, an approach that’s unique,” said L’Oréal’s Patricia Turck Paquelier, international brand president, prestige and collections international, in an exclusive interview. “We are prepared to work together for something surprising.”

In his customary, Greta Garbo-like fashion, Margiela was nowhere to be seen. (Although, who knows, he could have been any one of the people scurrying by in flapping white lab coats.)

Margiela is the antithesis of a designer living to grab the limelight, and in this hyped world of labels, his brand has practically no logo (save for four stitches on the back of his clothes). Yet his neoclassic, avant-garde approach to fashion has captured an international following among people “searching for something different, which is an alternative to ostentatious luxury,” said Turck Paquelier.

“In this context, we always try to scout out new trends, try to identify what is most timeless, promising and creative,” she continued. “There are so many things to look at, so we have to be extremely demanding in the selection process. It was something totally obvious; the Maison Martin Margiela emerged as the unique candidate.”

Among fashion’s true iconoclasts, Margiela appeared on the fashion scene as one of the original members of the famed Antwerp Six, whose members included Dries Van Noten and Ann Demeulemeester, and who brought deconstruction into the fashion vocabulary.

Founding his namesake house in 1988, Margiela has remained the maverick of the group, pushing fashion ideas to the extreme and refusing to be photographed or interviewed at a time when fashion coverage has never been more intensive. He has a penchant for cloven footwear, and almost all surfaces of his stores and headquarters are painted white — up to and including the hangers and catsup bottles in the cafeteria.

During the most recent Paris Fashion Week, his big idea was funnel and cowl necks — of extreme proportions.

Yet Margiela has hardly shunned the mainstream of fashion. From 1998 until 2003, he designed women’s ready-to-wear at Hermès. And in 2002, he surprised the industry by selling a majority stake of his company to Renzo Rosso, founder of denim and streetwear giant Diesel. (Diesel’s beauty license is also held by L’Oréal, which last year launched the Fuel for Life fragrance duo under that banner.)

Since Rosso’s takeover, the Margiela business has been on a growth track, expanding into the lucrative and fast-growing accessories business and adding to its network of stores, with locations in Paris, Milan and Beverly Hills, Calif. In fact, it has been so successful that late last year volume was estimated at 55 million euros, or $77.5 million

Margiela recently added sunglasses to his oeuvre, including a style that resembles an identity-canceling black bar placed over the eyes. And sources said a fine jewelry line is also planned, possibly with Italy’s Damiani.

In September, the MoMu fashion museum in Antwerp will unveil a Margiela retrospective exhibition.

It’s a bit early to discuss the nuts and bolts of the first fragrance project with Margiela — for instance, whether it will be backed by any advertising, something shunned by the Belgian pack.

“The DNA of Martin Margiela is intimate and personal. We have to be careful not to use launch tools opposite to this,” said Turck Paquelier. But it is clear that fragrance will be introduced in a selective number of prestige doors.

Along with Margiela, teams from L’Oréal and his fashion house are working together on the fragrance project, which is overseen by Lari, who, in turn, reports to Turck Paquelier.

“Martin Margiela loves fragrance,” continued Pungetti, adding that as a lifestyle brand, the fashion house was missing a fragrance. “We had other priorities until now, other projects, but now is the right moment to approach this category.”

Outside of fragrance, there could be other Margiela beauty products on the horizon.

“Fine fragrance is the priority, but we’re absolutely open to new possibilities, but not in a classical way,” said Turck Paquelier, adding that in working on Maison Martin Margiela project, “We are challenged to do something never done before.”

“We don’t like to do things the standard way, but we like to do very standard things in a Martin Margiela way,” said Pungetti, adding, “This project doesn’t change his way of being, as a designer.”