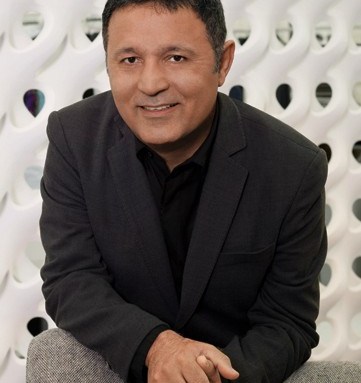 Elie Tahari started his fashion career in New York almost four decades ago. Now he wants to take on the world.

The designer, who presented his spring 2011 collection Tuesday during New York Fashion Week, opened his first international flagship last week in Istanbul. The store is an initial step in a global-expansion strategy involving freestanding units and a wholesale network that is getting under way against the backdrop of Tahari’s growing men’s wear and accessories businesses.

The initiatives will play key roles in the Israel-born designer’s effort to reach his goal of $1 billion in revenue in the next few years — despite the gyrations of the worldwide economy. “In a sense, I feel that the tougher the economy is getting, the better it is for us and for what we are doing,” Tahari said. “We are about real clothes. When the economy got worse, we took steps to strengthen our businesses, and those steps made it even stronger than we expected it to be. If you give the consumer the product they are looking and asking for, your business has the opportunity to flourish, even in this economy.”

The global push is happening in the aftermath of Tahari’s recent separation from his wife, Rory, who was vice chairman and creative director of the company but is no longer involved. As a result of her departure, Kobi Halperin, Tahari’s executive vice president of design, was promoted to executive creative director.

Tahari said freestanding retail is an essential component in the company’s future. In addition to opening the 1,722-square-foot boutique in Istanbul, he plans to launch an 1,840-square-foot flagship at The Gate mall in Qatar in January.

“When we do business domestically and internationally, it’s very important that the consumer will understand the way we present it, with all the different categories of product,” Tahari said. “It’s the world of Elie Tahari. Freestanding stores are important to us. In some countries, they also don’t have the kind of specialty stores that we have here, so you need to open freestanding stores.”

Tahari’s global growth is not confined to stand-alone stores. This summer he added in-store shops at upscale Korean department stores Hyundai Jungdong and Lotte Main, bringing the number of shops in Korea to 12.

The company also opened a shop-in-shop this year at Bloomingdale’s Dubai, four units in Mexico’s high-end El Palacio de Hierro department store chain and one at The Observatory in Greece.

Six shops are slated to open at El Corte Inglés stores throughout Spain before the end of the year, and in January, Tahari will double the size of the Harrods shop to 700 square feet. Tahari has about 90 shop-in-shops around the world and wants to expand “to over 400 doors for shop-in-shops over the next five years,” he said. The designer intends to enter markets such as Germany, France, China, the Philippines, Singapore and Brazil.

“International is going to quadruple,” Tahari said. “We will be opening 20 flagship stores around the globe in the next five years and are investing in the international business more and more.”

The global rollout is in tandem with continuing domestic growth. Last month, the designer opened his first freestanding boutique in California, a 2,500-square-foot unit at Fashion Island mall in Newport Beach. The store, designed by Piero Lissoni, features an extensive assortment in an environment with white oak flooring, Venetian plaster walls, silk carpets, vintage chandeliers, steel rails, midcentury modern furnishings and a glass and metal facade. The company plans two more U.S. openings next year: a 2,500-square-foot unit at Tysons Galleria in McLean, Va., in February, and a 2,700-square-foot boutique at NorthPark Center in Dallas in August. Tahari, who has 19 U.S. locations, is aiming for a total of 50 over the next five years.

Tahari opened a shop-in-shop last month in Saks Fifth Avenue’s Manhattan flagship, the largest of its kind at the store, featuring an updated concept by Lissoni that the designer hopes to roll out nationwide.

“We want to have brand consistency, and we will improve on it as we go along, but this is the latest and the best,” Tahari said. “This is the beginning of the redesign for all of our retail environments. We will update all the ones that we opened, and we are opening another such shop at Bloomingdale’s on 59th Street early next year.”

The company has annual wholesale sales of more than $500 million, which include the Tahari ASL suit business. Men’s wear accounts for 10 percent of total revenue, and Tahari plans to double the size of it next year. Eventually, the designer wants to balance women’s wear with the combination of men’s wear and accessories. The company recently started earmarking more space for men’s in its own stores. At Tahari’s SoHo flagship in Manhattan, the mezzanine has been transformed into the men’s department. Although the designer hasn’t opened a standalone men’s store, “We are talking about it very seriously,” he said.

On the Internet, Tahari relaunched his Web site this week. It offers insight into the world of Elie Tahari, from store and sales information, to runway footage, but Tahari is working to add e-commerce for fall 2011.

“We expect it to be one of our biggest points of sale in the world,” he said. “We are finding that we are getting more and more hits every season [on the promotional site] and it’s growing. There is a need for us to show the brand of Elie Tahari, and e-commerce will help to further bring the brand consistency home.”