Some fall looks from Anti.

Jeremey Tahari, the 18-year-old son of Elie Tahari and Rory Tahari, is out to make his mark in the fashion business. He and his two partners, Jack August and Jack Teitelbaum, have launched a brand called Anti, a men’s luxury streetwear brand, but a lot of the fits are unisex.

“Forty percent of our engagement online has been women. It’s kind of a mix,” said Tahari, cofounder and chief executive officer, who’s going into his senior year in high school in London. Teitelbaum, who is chief operating officer, is a sophomore at George Washington University, and August, chief marketing officer and creative director, is a sophomore at NYU Gallatin School of Individualized Study. The business is financed by the three partners and their families.

“I know streetwear is the buzzword that everyone wants to hit right now, but for us, it’s not just a trend, it’s something we grew up with. It’s more of a lifestyle,” said Tahari, who grew up with his two friends in New York City.

Describing the philosophy of the brand, Tahari said, “We’re entering a market niche that we don’t feel has been exploited….The whole designer arena — which we feel very fortunate we’ve been able to purchase — is very exclusive. It’s something that can only be accessed by people with the means to purchase really superfluous prices and things that are really absurd….That price point is what actually makes the exclusivity of these designer brands. But we don’t feel like a price point is the only thing that can make exclusivity.”

He explained that what he’s trying to do is create a brand that’s accessible to all, but also inaccessible through limited quantities. Tahari said he wants to offer clothing with price points that are more reasonable and justifiable than these designer brands. The fall collection ranges from T-shirts retailing for $108 to a cashmere sweater for $398. The clothing is made in Peru and China, and some of the samples are made in New York.

The 10-piece offering consists of four T-shirts; a cashmere sweater; velvet sweatpants; a purple stitch jean; a suit pant with flowers running down the side, and two French terry hoodies. For winter, they will offer eight pieces and for spring, they’re designing 14 to 16 pieces. “I’d describe it as a business-inspired streetwear. It’s sophisticated and very casual at the same time,” he said. “You can relax in that and you can definitely wear it out to dinner.”

Growing up, Tahari watched everything his father did and was around the stores. “I’ve always looked up to him. I wasn’t really into women’s middle-age dressing. I didn’t really know my father did and was always in and out of the stores. I didn’t really know my father’s customer, but I did know my customer. When I told my father I wanted to start a line for my generation, he was very excited,” he said.

The partners chose the name Anti “not in the sense that we’re against, or opposed to as the word makes note, but more in the sense that we’re trying to stray away from the norm of designer prices. We still want to boast the same intricacy of designer companies, but all we’re doing is taking a lot lower margins. We’re making a lot less money on the pieces so we can market it to more people,” he said.

Tahari hopes to sell 1,400 units for this first collection, and between 1,600 and 1,700 units for the second collection that will be introduced in December. “We haven’t gotten around to [numbers for] spring because we want to see the reaction we get,” he said. 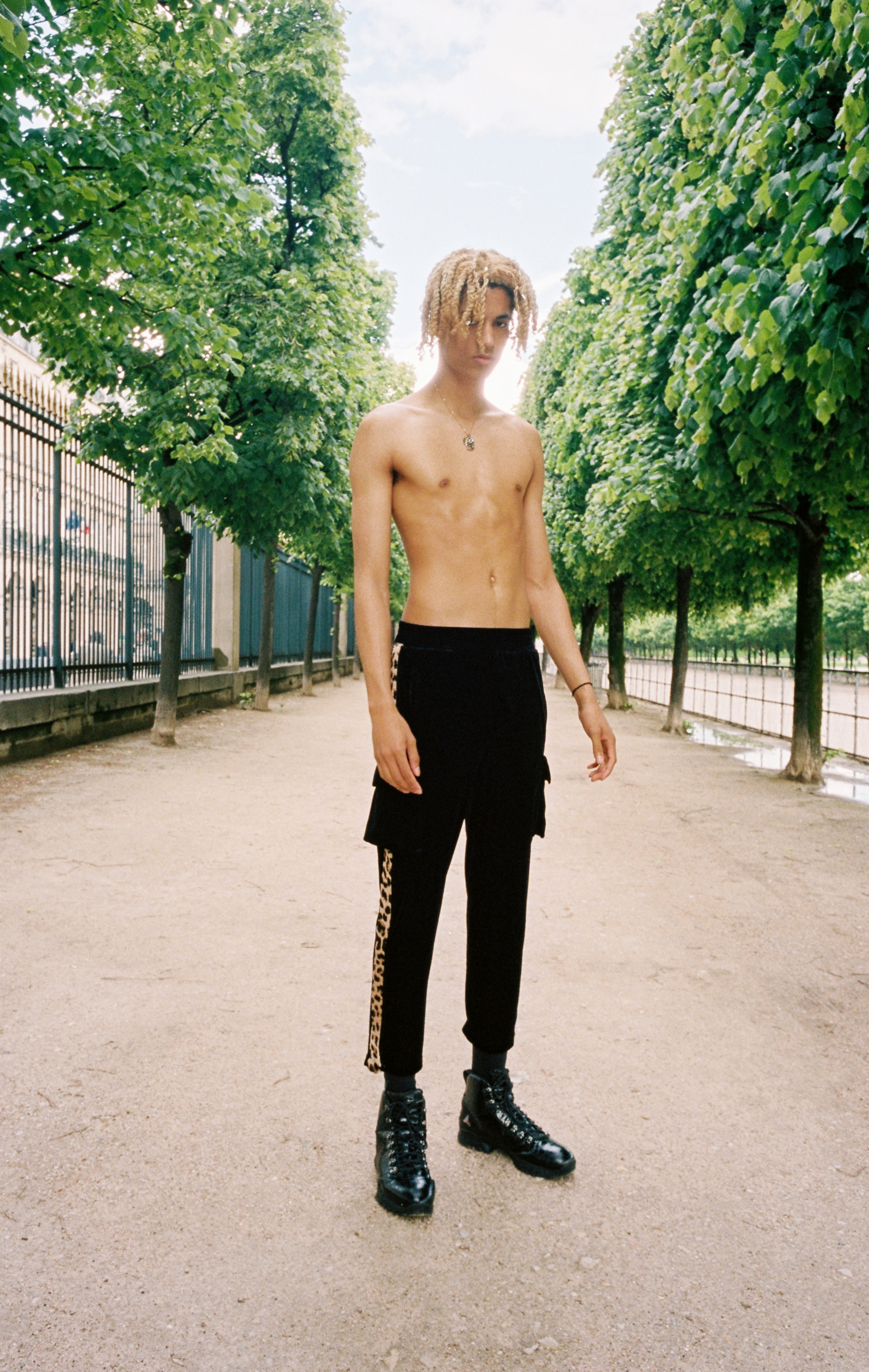 Asked how involved his parents were in guiding him in this venture, Tahari said, “Something that was very important to me was not relying on my father too much. One of the things that I admire so much is his rags-to-riches story and he literally had no one there to help him.” He said his dad is helping him with manufacturers, but “because we’re producing at such low quantities, factories don’t want to help us unless it’s through the Elie Tahari lens. There’s really very little time that I’m asking my father for guidance. I’m trying to figure it out myself. I just want to feel like it’s my project.”

Elie Tahari Reflects on 45 Years in Business, While Looking Ahead

WATCH: Inside Tommy and Zendaya’s Collaboration