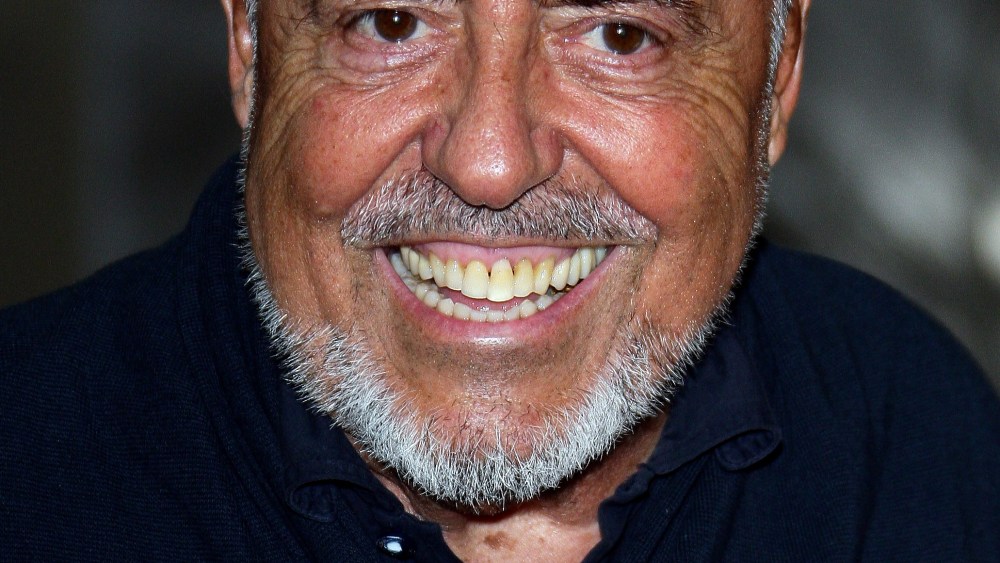 His relatives tried several times to reach him on the phone Sunday without success and medical personnel found the body in his flat in the Porta Venezia neighborhood on Monday.

A fashion industry pioneer, Fiorucci, who started working in his father’s footwear boutique at 17, opened his first store in 1967 to bring the eccentric, unconventional style of Swinging London to Milan, selling designs from the likes of Biba and Ossie Clark. The store sold everything from rag rugs to hair products, disco wear to kitchen kettles. Fiorucci himself called the store “an amusement park of novelties,” and up to 10,000 people would enter it on any given Saturday. A good friend of people like Andy Warhol, Keith Haring and Madonna, in 1970 Fiorucci launched his namesake ready-to-wear line, focused on denim pieces at affordable prices and the iconic T-shirts printed with the brand’s signature angels. More Fiorucci stores opened in major fashion capitals, including London and New York, which opened in 1976 and where everyone from Marc Jacobs to Cher to Jackie Onassis rubbed shoulders.

In 1990, Fiorucci sold his company to Japanese group Edwin International. In 2003, he closed his main store in Milan — which at its peak was said to have sales of more than $15 million a year — and launched the “Love Therapy” label. Five years later, the designer and fashion entrepreneur signed a licensing agreement with Italian retailer Coin Group for the production and distribution of the “Love Therapy” women’s and children’s collections in Oviesse stores.

A vegetarian and animal-rights activist, Fiorucci was known in the fashion and art worlds not only for his creative, avant-garde vision, but also for his gentle and graceful attitude. He eschewed the flamboyance for which his designs and stores were known, almost invariably being clad in a plain sweater and slacks. “I am a merchant, not a man of fashion,” he told WWD in 1976 on the opening of his Manhattan store, which was just down the street from Bloomingdale’s.

“Elio Fiorucci has been one of those incredible people who marked the story of Milan, interpreting its rebel, curious spirit. He was always ready to take some risks to really understand his time,” said Giorgio Armani. “He was a revolutionary and I always appreciated his taste, which was so far from mine, which was so pop and vivacious, the taste of a man who never stopped believing in his dreams. I always thought he believed in fairy tales and that he was so good at telling them to be able to convince people they were real.”

“I’m astonished; I talked to him a month ago,” said Renzo Rosso, who first met Fiorucci before launching Diesel, when he was working with Adriano Goldschmied. “Chapeau to Elio! He revolutionized the jeans industry in the Seventies and invented a new type of fashion targeting young people.”

Rosso also noted that Firoucci’s brand Classic Nouveau, which was designed by Pierre Morrisset, served as inspiration for him to launch Diesel in 1978. “Elio was a positive, beautiful, proactive person. He was never angry and he used to tell me: ‘Renzo, be quiet, don’t get mad, it isn’t worth it.’”

“Elio and I were longtime friends. If I have to describe him with few words, I would say he was a great man, with a great charisma and a kind soul,” said Mario Boselli, Camera Nazionale della Moda’s honorary president. “He gracefully did amazing, legendary things without any arrogance.”

“The first time I met him was in my studio in 1966. He was full of enthusiasm and he wanted to open a different kind of store. A year later, the store of Galleria Passarella was finished, or almost finished,” said artist Amalia Del Ponte, who designed Fiorucci’s first legendary shop in Milan. “The last time we talked — recently — he asked me to recommend him some places in India,” added Del Ponte, who learned of the loss of his friend while abroad.

“Elio Fiorucci — his death is such a shock. He was a great man who invented the idea of ‘democratic fashion,’” said Milanese interior design guru Rossana Orlandi. “He has been the point of reference for an entire generation. He was a wonderful, wise friend, generous and always full of joy and enthusiasm.”

“I met him when I was very young and we immediately clicked. We were two very different people, we had different opinions, but in the end, we always arrived at the same conclusions,” said Stone Island’s president Carlo Rivetti. “A few months ago, he gave me a book and he wrote ‘with love and respect.’ I lost a friend.”