The Armani Group is kicking off a substantial retail expansion for the brand. 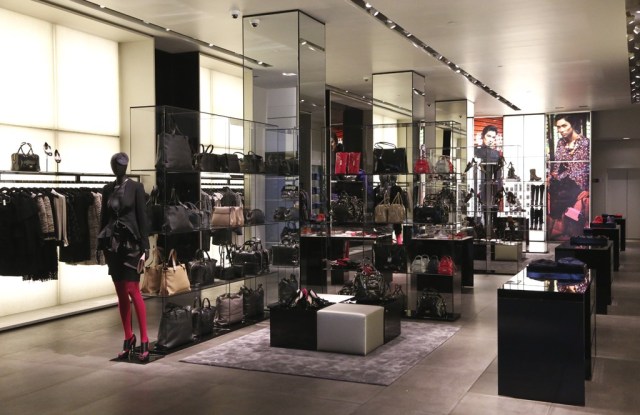 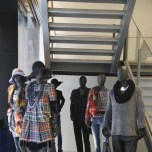 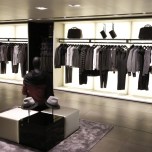 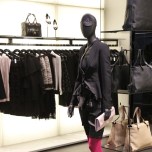 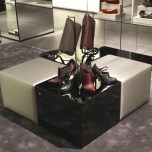 NEW YORK — Emporio Armani is building a small empire in the U.S.

Tonight, the Armani Group will fete the return of Emporio Armani to 601 Madison Avenue with a mini-music festival featuring performances by The Drums, Skylar Grey and Ladyhawke, as well as DJ Mayer Hawthorne. The celebrations mark more than just the new Manhattan store, which quietly opened its doors last week: They also signal a flurry of retail activity for the 31-year-old brand. By the end of this year, Armani will operate 16 Emporio Armani stores in the U.S., doubling the number from last year, with additions in cities such as Chicago, San Diego and Santa Monica, Calif.

The new stores are part of a larger direct-to-consumer strategy to further build the brand’s presence in North America through freestanding stores.

The brand is no stranger to this address. The company opened an Emporio Armani store on the site in 1996, though over the years, it has served various Armani brands including Armani Collezioni. De Boni felt the time was right to bring Emporio Armani back to the location. “Madison Avenue is experiencing a renaissance, not just for established luxury brands but also up-and-coming fashion brands,” he said. “It’s a great opportunity for Emporio Armani.”

The Madison Avenue flagship offers a full assortment, with women’s wear on the main floor and men’s on the second. The decor mirrors recent openings in Paris and Barcelona. The interior concept was developed by Giorgio Armani himself in collaboration with his team of Milan-based architects. True to Armani’s aesthetic, the striking use of gray, silver and black gives the store a clean and modern feel.

Both levels feature apparel lined along the walls in full-length black glass wardrobes, while accessories are centrally displayed in clear fixtures.

“It’s a great representation of accessories,” de Boni said. “The accessories are now so developed, which lends itself well to some of the new markets, from Atlanta to Tucson to Santa Monica, San Diego and Chicago.”

In addition to apparel and accessories, the location also offers Emporio Armani Underwear, the AJ Armani Jeans and the EA7 active apparel line.

According to de Boni, the breakdown between men’s and women’s is almost even, with the balance slightly tipping in favor of men’s categories. He added that the plan is to concurrently develop the wholesale business in “a more selective way,” noting that the company recently “restarted” Emporio Armani at Saks Fifth Avenue.

De Boni declined to disclose sales projections for the Manhattan unit, or the U.S. volume of the brand, but noted: “Relatively, with Emporio Armani, we are underdeveloped in the U.S. That is why we’re going through a strategy of rolling out 30 [freestanding] stores in North America to bring the business to the level of what it should be.”

Worldwide, the brand accounted for 27 percent of Armani Group’s revenues last year of 1.8 billion euros, or $2.5 billion at average exchange. This was flat compared with 2010. There are 225 Emporio Armani stores globally.

Emporio Armani isn’t the only brand positioned for growth in the U.S.

“We are developing all of our brands, and in total, we are opening 13 stores this year,” de Boni said, noting that the company will end the year with a total of 45 stores, up from 32 last year. “We are more than encouraged by the business in America. We experienced double-digit growth last year and are experiencing it still in 2012. It’s a great momentum, affirming the opportunities we have.”