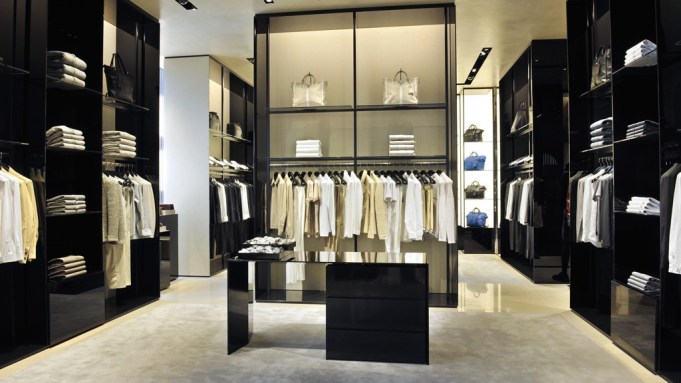 TOKYO — Giorgio Armani is eying the Japanese market with cautious optimism as the country’s consumer confidence picks up and the Emporio Armani brand settles into a relocated flagship on Omotesando Avenue.

“I think the Japanese market is one of the markets where we can expect steady growth for the [next] couple of years,” said Izumi Sasano, chief executive officer of Giorgio Armani Japan, which plans to open at least another 10 stores in the country this year.

Although the executive declined to release sales figures, he said the Japanese subsidiary of Giorgio Armani SpA has seen high-single-digit sales growth in the first quarter. Sasano said the upper tier of the luxury market is the best-performing segment and the company is seeing the most success with big-ticket items like leather jackets and expensive suits. The company’s signature Giorgio Armani collection, its priciest brand, is the best-performing one in the country, he claimed.

Sasano said the mood of Japanese consumers has been improving since the latter part of last year, as they have watched stock market prices pick up and property valuations rise. He also noted the country’s positive reaction to a change in political leadership to the center-right ruling coalition under Prime Minister Shinzo Abe. Still, he warned that it is important to wait and see how much this more-upbeat “psychological” trend will filter down into the broader consumer market in Japan.

“The positive market segment is still very limited. It’s art pieces, high jewelry, expensive watches, imported cars and some real estate. So it’s very limited to these kind of extremely rich items and the real positive trend of the general consumer market is not yet as strong,” he said. “Later this year, if this positive tendency goes on, maybe the number of customers coming into department stores will increase and they are going to buy daily wares, daily things much more than today. I think this is going to be the second wave….We are not yet there.”

Japan’s consumer confidence is on the rise but still technically in negative territory. On Wednesday, Japan’s Cabinet Office released the results of its monthly consumer confidence survey for March, showing the third straight month of increasingly positive sentiment. But the reading of 44.8 still indicates that pessimistic views outweigh the optimistic ones (50 signifies a balance between the two).

For now, Giorgio Armani is focusing on expanding its retail network. On Thursday, the company will host an inaugural bash for the new Emporio Armani store, which moved down Omotesando Avenue to make its home in a new building housing an OMA-designed flagship for Coach as well as a Three Dots store and a Nespresso boutique. The Italian house has brought in pop duo Say Lou Lou to perform at the event.

The 5,382-square-foot store, which houses a small cafe, gives the brand a more prominent position in the neighborhood. Its glass windows and facade sporting a large eagle logo of LED lights contrast sharply with the brand’s former home a few doors down with less visibility from the main street. In line with the brand’s current retail concept, the store features light gray interiors with marmorino ceilings and quartzine floors. The boutique, which opened earlier this month, is performing better than expected and attracting three times the traffic of its predecessor, Sasano said.

Armani himself, who is also chairman of his own company, did not travel to Tokyo for the opening but said he personally oversaw the store’s design with his team of architects, taking particular pride in the cafe’s granite counter that reflects the building’s facade.

“The store is visually striking, metropolitan and modernist in style. It perfectly reflects the visual concept I have chosen for Emporio Armani, but with a distinct local flavor. I am absolutely convinced that, today, every store must be unique,” he said. “I consider Emporio Armani, now more than ever, to be a full-rounded lifestyle, which is why I am proud to have finally brought the Emporio Armani Café to Japan.”

Sasano said the store aims to attract new customers to the brand and upgrade Emporio Armani’s image in Japan. He said he’s happy with the sales of Emporio Armani in Japan, the company’s second-best performing brand after Giorgio Armani, but allowed that he’d like to be “more happy.”

The company declined to give specifics on where the new stores will be but Sasano said Armani still has relatively little exposure to the northern and southern parts of the country and hasn’t reached a saturation point yet.

“The market is very, very covered in Japan but there are always new shopping malls, new department stores opening,” he said.

In terms of other macro-economic factors shaping the Japanese market, Sasano said he doesn’t see the recent weakening of the yen significantly affecting the company’s pricing strategies as it has a high turnover of merchandise coming in and out of its stores and relatively few permanent products that stay in stock for seasons, unlike some of its competitors. Earlier this year, Louis Vuitton, Tiffany & Co. and Harry Winston said the Japanese currency’s depreciation forced them to raise retail prices.

“The Japanese retail prices may increase for many brands because of the weak yen but the positive tendency of the consumers’ [mind-set] and the buying trend maybe can overcome this price increase,” he said.

Similarly he downplayed the impact of foreign tourism on the luxury goods market in Japan. The ongoing political tensions between Japan and China are keeping Chinese tourists out of Japan and a recent increase in visitors from Southeast Asia and South Korea hasn’t compensated for that fact.

“If you look at the total Japanese business, it was always quite marginal so the real impact I think is quite limited,” he said.