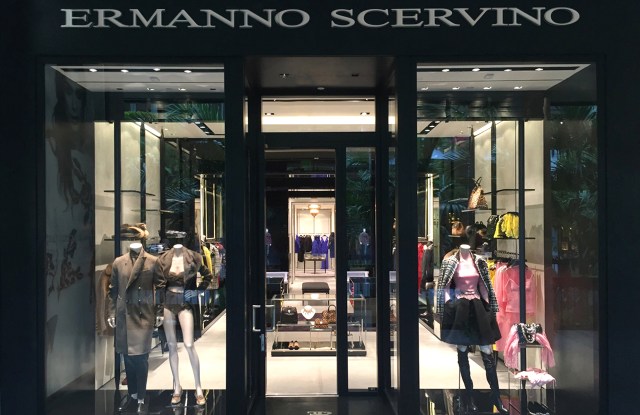 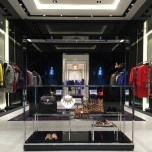 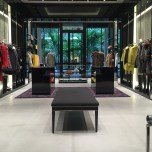 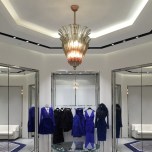 Ermanno Scervino has chosen Florida as the location of its first store in the U.S.

The 2,200-square-foot store reflects the concept of the brand’s stores around the world, including black smoked glass, mirrored surfaces as well as steel and concrete elements. The boutique, which carries the label’s women’s, men’s and accessories collections, also features an octagonal VIP room decorated with a Murano glass chandelier handmade in Venice.

“We chose to open our first American boutique in [Bal Harbour] because it’s one of the key locations in the States,” said Ermanno Scervino chief executive officer Toni Scervino. “Miami is continuously becoming cooler, more interesting and international.”

In addition, Scervino revealed that the company is already looking for locations in New York and Los Angeles. “We are not only focusing on retail, we are also reorganizing our wholesale distribution in the United States,” said Scervino, who added that the company might open an American branch in the next months.

Asia is also in a target for the Italian brand. In the next few days, a 3,230-square-foot store will open in Shanghai on West Nanjing Road, while two stores are expected to be unveiled with a local partner in Taipei.

Ermanno Scervino is also consolidating its presence in Europe, Russia and the Middle East. Along with opening a boutique in Barcelona and one in Moscow at Gum, the brand is debuting its second unit in Dubai within the next few months.

“Our retail network will include 50 stores by the end of the year,” Scervino said.