By Samantha Conti and Nina Jones on November 25, 2011
View Slideshow 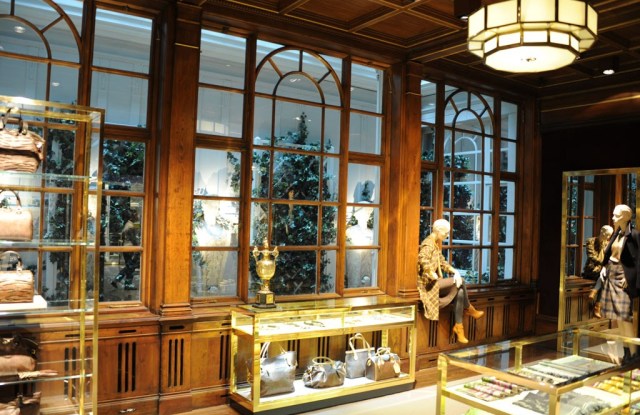 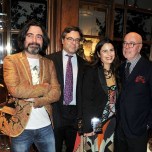 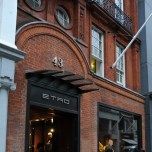 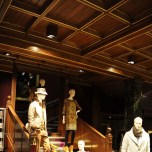 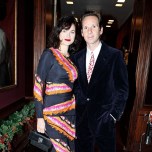 LONDON — The Etro clan descended on London this week to fete the opening of their new flagship store, housed in a handsome former art gallery on Bond Street.

Gerolamo — known as Gimmo — Etro, the house’s founder and chairman, joined his sons Jacopo and Kean, and daughter Veronica, in cutting the ribbon on the grand, wood-paneled space that spans 6,450-square feet.

Etro moved its London flagship across Old Bond Street into the former Agnew’s gallery. The space spans two floors, with the top floor reserved for exhibitions and special events.

The new store was designed by Gimmo, and is a cross between a grand aristocratic home and a luxe nomad’s tent, with oil portraits lining the walls, colored Venetian chandeliers in the changing rooms, and Art Deco furniture and light fixtures from the South of France.

The late 19th-century, five-story building is Grade II listed, which means that its architecture is protected and cannot be modified, so the store benefits from all of the original walnut paneling, marquetry, and marble fireplaces as well as skylights and a tiny cupola in the entranceway.

“We really wanted to be faithful to and respect the historical interior and restore it to its original splendor as a historic building, rather than stick to a brand-specific design,” said Ippolito Etro, another of Gimmo’s sons, and the company’s financial chief.

The family, which owns the building, began work on it in 2008, completely excavating and restoring the basement, where the men’s collection is on display.

Ippolito Etro said he is expecting first-year sales of 5 million GBP, or $7.8 million. The brand has created one-off merchandise for the new store, including a limited edition shopping bag and pocket handkerchief in a version of the traditional Etro paisley design.

The opening is part of a wider international expansion, which has seen Etro open units in SoHo in New York, Hong Kong, Qatar, Lebanon, India and Korea.

On Wednesday night, the family marked the opening with a cocktail at the store, where Veronica Etro — who designs the label’s women’s wear — gushed about London. She earned a BA from Central Saint Martins in the mid-Nineties, and said that London’s eclectic style mirrors Etro’s aesthetic.

“London in a way embodies the balance between tradition and creativity — you think about the monarchy, you think about the punks, there’s always the two clashing things together,” she mused. “It’s the place where I get part of my inspiration — and London’s vintage thing, we don’t have in Milan.”

Later, the crowd moved on to a dinner held in the opulent Great Room of Spencer House, the restored neo-classical mansion near St. James’s. “We are in one of London’s most beautiful homes,” marveled Jasmine Guinness as she wandered through the house’s marbled halls.

Guests including Daisy and Jan De Villeneuve, Guinness and her husband Gawain Rainey, and Serena Linley toasted the store’s launch, before the Etro family zipped back to Milan the following day.