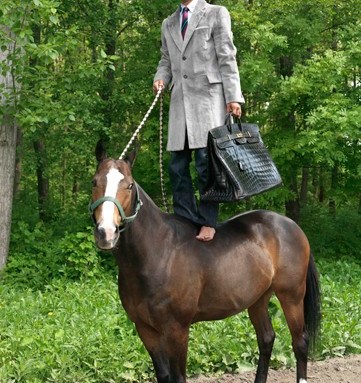 With even wealthy consumers skittish about spending during the financial crisis, Europe’s luxury players are fast becoming expert event planners.

Tactics range from standard trunk shows and giveaways to temporary stores and limited edition products to break through what executives describe as a psychological barrier to discretionary spending.

“There are still people with money, but we have to talk to them differently,” said Valérie Hermann, chief executive officer at Yves Saint Laurent. “It’s about having a relationship with them directly. It’s not only sending them catalogues.”

“Our philosophy is if you are in the true luxury business, the way to talk to customers is one-to-one,” agreed Patrick Thomas, ceo of Hermès International. “This year we are going to refocus our activity in our stores in order to bring more customers in and devote attention to them. We’ve always done this, but we’re trying to intensify it.”

Thomas estimated there is at least one event per day in a Hermès store somewhere in the world. These include exhibitions, cocktail parties and product demonstrations around specific products, including Hermès silk scarves and how to wear them.

“The real focus for stores and for retail right now is to get traffic that’s not associated with sales,” said industry consultant Robert Burke of New York-based Robert Burke & Associates. “People are going to get creative.”

Hermann said her focus is on “small, humble and efficient” events with a focus on individuality in terms of services and special products “you shouldn’t miss.”

For example, next month at Barneys New York, YSL will unveil a “new vintage” collection of iconic styles made of fabrics “recycled” from its inventories. And in June, in tandem with YSL parent PPR’s release of the documentary film “Home” on World Environment Day June 5, the French house plans to create special products and give away free copies of the Yann Arthus-Bertrand movie on DVD.

Ferragamo ceo Michele Norsa said six months ago he decided to shift a portion of marketing investments to in-store events to generate consumer interest, especially in this economic phase.

“I think one must be creative when it comes to attracting consumers who are inundated with invites and are used to wine-and-cheese cocktails, using the brain more than the wallet,” he said. “It’s important to tie oneself to cultural events, to charities, to link the brand to celebrities or to important events such as [Milan’s] Salone del Mobile,” which takes place later this month.

Echoing other observers, Hermès’ Thomas noted its customer-focused initiatives are decentralized, and managers are pressed to find “new ways of talking about the product, the quality and the know-how” to assorted local markets.

Hermès recently hosted an exhibition of quirky photos by Austrian artist Erwin Wurm in its Paris flagship on the Rue du Faubourg Saint-Honoré “and it brought in quite a few people,” Thomas said.

The images, which feature Hermès men’s wear and accessories, are now making a tour of Hermès stores in the Chinese cities of Dalian, Shanghai and Beijing.

Thomas also said Hermès would open three or four temporary stores this year — including a seasonal one in East Hampton, N.Y. — as another way to create an innovative shopping event.

YSL opened a “pop-up” boutique for its Edition Unisex collection in downtown Manhattan for a week last February, which attracted some 2,000 customers.

The brand just repeated the experiment in Hong Kong. “We not only generated turnover, but attracted new customers as well,” Hermann noted.

“We see these events as a way to get closer to the client, deliver great customer service and build a long-term relationship that will outlast the economic turbulence in the air,” he explained. “We have found this to be an effective strategy to reach out to established and new clients when traffic is down in many shopping destinations.”

Late last year, Choo invited its top 80 U.K. clients to co-founder Tamara Mellon’s private residence in London for a trunk show, makeovers and assorted pampering, leading to orders in excess of 50,000 British pounds, or about $71,500 at current exchange. Teams are also organizing pop-up concessions at Harvey Nichols stores in Birmingham, Leeds, Bristol and Manchester to duplicate the “Choo experience.”

In recent months in the U.S., Choo also partnered with the American Heart Association, Easter Seals and Ballet Florida to host shopping events for top clients and charity supporters.

“Nothing can replace the personal one-on-one touch between our teams in the stores and the clients,” Schulman stressed.

Angela Ahrendts, ceo of Burberry, agreed customers want personal and specialized events, as compared with large-scale ones, which don’t seem “appropriate” in the current climate. “They are an integral part of maintaining our momentum, even in this downturn,” she said.

“With that kind of return on investment, of course we are going to continue to invest in these type of events,” Ahrendts said.

“We are continuing to invest in training our retail staff to increase our level of service to our customers and improving the luxury feel for the client at all levels, which also includes investing in our global visual merchandising,” Ahrendts said. “We are also reallocating resources into our new digital marketing strategy for more reach and doing multiple regional events, where we are able to engage the consumer in a much more impactful way.”

John Hooks, deputy managing director at Giorgio Armani, said its stores are the principal location for trunk shows, cocktails, press and charity events, including one recently in London with the Chelsea soccer team, which the designer dresses.

“A store can be considered as a mirror of a particular philosophy of style,” Hooks said. “While there, all the guests can in fact enjoy and literally experience the designer’s tastes and ideas. The best events are tailored — so red carpet gowns work well in Hollywood, soccer works well in Milan. Another activity that works well, we find, is special private shopping hours for select clients.”

Seeing a need to attract new and younger customers to its historic Hamburg location, Jil Sander recently held a small fashion show and cocktail party for 250 guests, which boosted traffic from established and new clients for the week after.

“Traffic in the store seems to be the magic formula at this moment and we are evaluating cross marketing activities with luxury brands besides the fashion business to create additional excitement,” ceo Gian Giacomo Ferraris said.

Prada recently hosted a series of events in which it invited prominent stylists to customize its windows, in addition to upping its trunk shows, special installations and windows.

“All these events have an immediate return on the store’s sales but more in general, they contribute in creating and renovating the consumer interest for the brand and its products, a benefit that is tangible in the medium to long term,” a Prada spokesman said. “We’re well aware that the most faithful clientele represents an essential asset to the brand, especially in difficult market conditions.”