The music and fashion impresario is the first man to appear in such a campaign for the house. 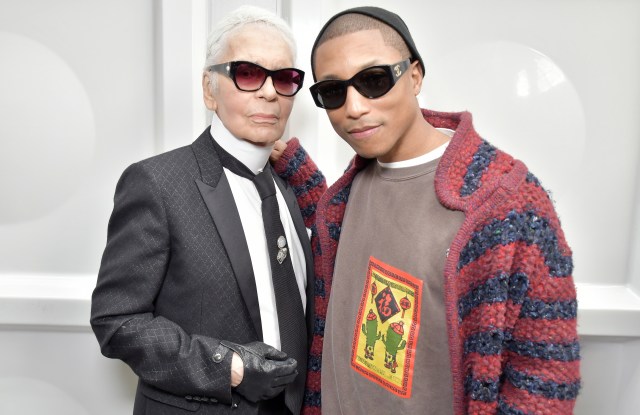 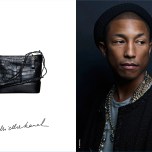 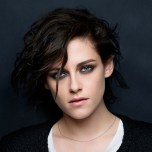 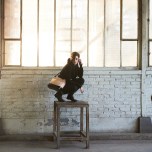 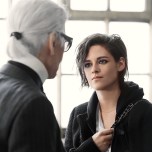 PARIS — Pharrell Williams has been wearing Chanel necklaces for years — only not the original costume jewelry.

“He has them copied in real gemstones,” noted Karl Lagerfeld, Chanel’s couturier since 1983.

“Of course not. I’m flattered,” he said with a smile, for he has long called the music impresario part of the Chanel family.

Williams has appeared in a short film for Chanel, walked the runway in its most recent Métiers d’Art show at the Ritz Paris and is now the first man to appear in a handbag campaign for the French house. He is depicted in a concert hall toting a crocodile version of the new Gabrielle bag, which the house hopes could rival its classic 2.55 and 11.12 models.

Unveiling the campaign exclusive to WWD, Lagerfeld said he wished to show that the Gabrielle bag can be worn in “many different circumstances” — and why not by a man?

“It’s not very feminine in the sense of being chichi,” he teased.

Lagerfeld noted that virtual reality goggles — which inspired the shape of the handbag — are used by both sexes. Indeed, at his fall 2017 ready-to-wear show in Paris earlier this week, the designer had male models — including his eight-year-old godson Hudson Kroenig, tote versions of the Gabrielle. Its double-chain handle permits multiple carrying options, including cross-body for greater security.

Interviewed after the Chanel show, Williams said Chanel first came to his attention more than a decade ago courtesy of rapper Notorious B.I.G.

“I was like a nerdy little black kid on a skateboard. So looking at high-end fashion was something that I really didn’t understand in the very beginning,” he confessed. “And then I realized, slowly but surely, man, this is amazing. And although there’s mostly the perception that it’s for women, I just started to see, OK, as a man I can wear some of this. So I would wear sunglasses here, or a jacket there.”

Indeed, when Williams starred in a Lagerfeld-directed film for the Paris-Salzburg collection in 2014, he learned that the original inspiration for Chanel’s famous contrast-trim, four-pocket jacket was one worn by the lift operator of that Austrian city’s exclusive Mittersill hotel.

Williams impersonated the operator and crooned that he wanted to “see, see [CC] the world.”

Delevingne costarred as a reincarnation of Empress Elisabeth of Austria, popularly known as Sisi, and the two shared a waltz.

Williams’ good fortune is hardly lost on him.

“It’s crazy. Who knew if you just follow what it is that you’re curious about, it may make sense for you one day — and in a major, major way. I just never dreamt that I would ever be considered in this way, and given all these opportunities,” he said.

Asked to describe the shoot with Lagerfeld, he replied: “It was fun, I mean Karl knows what he wants, he knows what he’s doing.”

Williams attended the Chanel show without a bag, his hands stuffed in the pockets of his hefty cardigan. But he said he relished the chance to carry the croc version of the Gabrielle he sports in the ads.

“When I first started wearing it I didn’t have anything in it. I was just so excited to have it,” he said. “But now I use it to carry my phone, and — you know — essential personal things.”

While in Paris, the “Happy” singer and fashion entrepreneur was decorated as an officer of the Order of Arts and Letters from French Minister of Culture Audrey Azoulay.

MORE: Why Pharrell Williams Wears Chanel Like No Other >>

The insignia recognizes significant contributions to the arts.

“I wore it yesterday. But, you know, I’m shy about it, but I’m grateful,” he demurred.

Lagerfeld characterized the campaign cast as friends of the house — each very connected to the times.

Stewart is a face of Chanel makeup and Lagerfeld has photographed her for several Chanel handbag and ready-to-wear campaigns. Also a house ambassador, de Maigret has a music label and is a producer, photographer and coauthor of the book “How to Be Parisian Wherever You Are: Love, Style and Bad Habits.”

Stewart, now a regular in front of Lagerfeld’s lens, calls the process “natural and instinctive for both of us.”

“Seeing the satisfaction on Karl’s face when everything comes together is always the highlight for me,” she said. “Exploring the evolution of our creative relationship is one of the greatest privileges I’ve had as an artist. The result always feels as free as the process was.”

The ads are to run exclusively as two double-page spreads — the first with a pack shot and a portrait, and the second with a lifestyle scenario. De Maigret, for example, is depicted barefoot in a Parisian apartment, while Delevingne totes a skateboard against a graffiti-strewn security gate.

In tandem with the print ads are four short films that are to debut on Chanel’s web site and social channels.

The French fashion house has dubbed 2017 the year of Gabrielle, the name of a forthcoming perfume and also jewelry and watch collections inspired by the rebellious house founder.