Starting for holiday, Kohl's will have the apparel and accessories collection at the majority of its stores and kohls.com.

Kohl’s will be the exclusive retailer of Elizabeth and James apparel, handbags and accessories aimed at the Millennial consumer. Elizabeth and James’ former apparel and accessories line, which shipped its last collection to upscale retailers’ brick-and-mortar stores in fall 2018, had been distributed to stores such as Bloomingdale’s, Saks Fifth Avenue, Nordstrom, Neiman Marcus and Net-a-porter (although some fashion merchandise appears to be still available online). The fragrance will continue to be sold at upscale retailers.

In August 2015, Mary-Kate and Ashley Olsen took back the license of their secondary label Elizabeth and James from Los Angeles-based Jaya Apparel Group, which had held it since its inception in 2007. The first collection under the Olsens’ purview was for pre-fall 2016.

In 2016, market sources indicated that Elizabeth and James apparel and accessories was generating between $40 million and $50 million in wholesale volume.

The Olsens, who are three-time CFDA winners, also design the highly successful luxury collection called The Row, which will continue to be sold at such retailers as Bergdorf Goodman, Saks Fifth Avenue, Neiman Marcus, Nordstrom and their two freestanding stores.

“Our vision for Elizabeth and James is to deliver a lifestyle brand that offers women access to premium fashion at an affordable price without sacrificing quality and fit,” said Mary-Kate Olsen. “Kohl’s is the right partner to take our brand into a new era, while staying true to the high-quality, fashion-forward designs that our loyal brand enthusiasts expect from us. Leveraging Kohl’s extensive store network and digital platform will allow us to reach a much larger audience than we have in the past and for this we are particularly excited.”

Ashley Olsen added, “Kohl’s is doing a great job with innovation and thinking differently about omnichannel retail. We have always seen Elizabeth and James speaking to a much larger audience and this new business model with Kohl’s will allow us to achieve that.

“Mary-Kate and I are excited to work with them building out additional lifestyle categories and curating spaces that will bring a new shopping experience to our customer,” Ashley Olsen added. 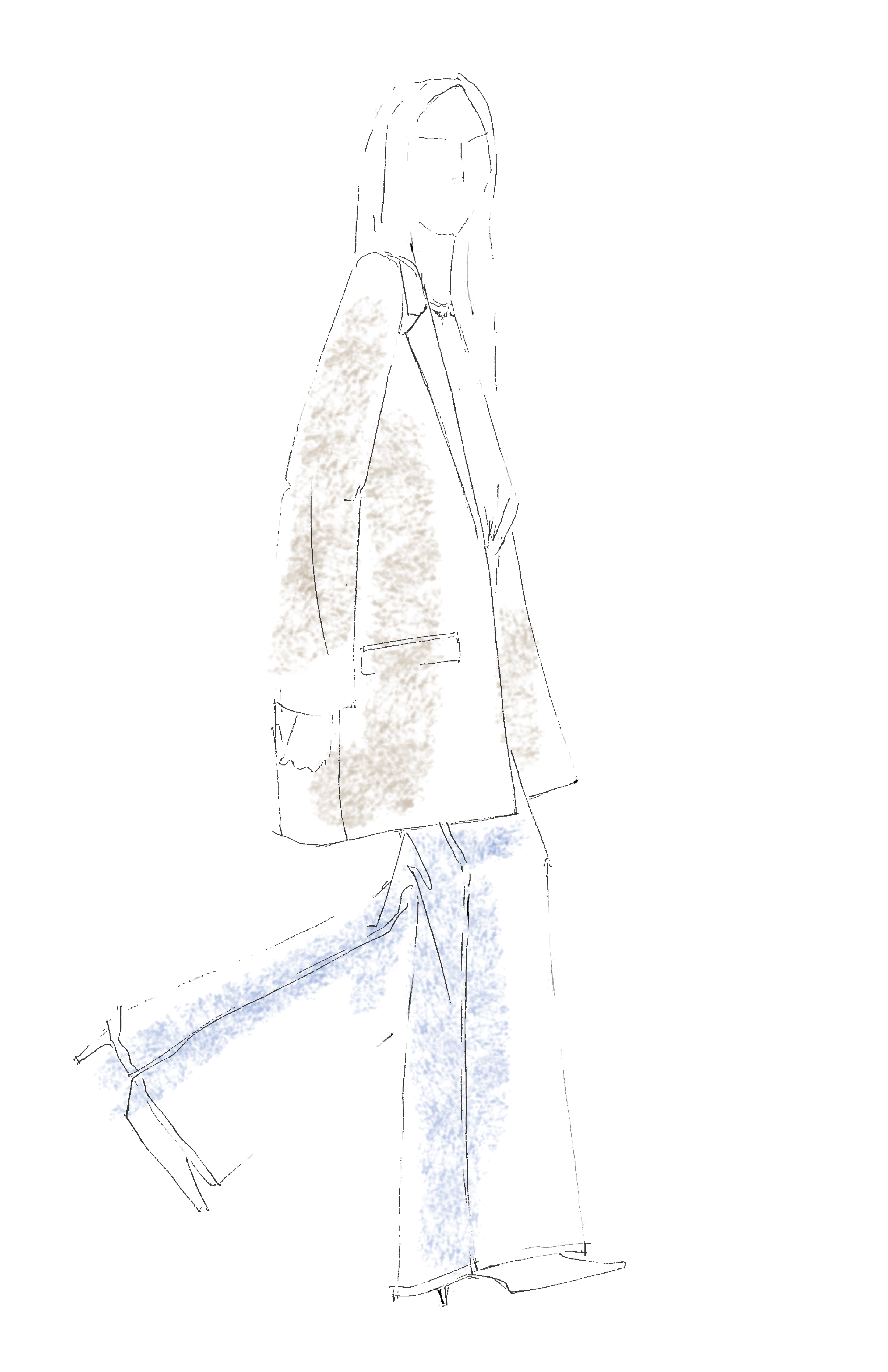 A sketch of Elizabeth and James for Kohl’s.

Michelle Gass, chief executive officer of Kohl’s, said, “We’re excited to partner with Mary-Kate and Ashley Olsen, two highly regarded designers in the fashion industry, to bring the Elizabeth and James brand to Kohl’s customers nationwide. This is another great example of how we are bringing newness and fashion relevancy to the millions of women who shop Kohl’s. We also know that Elizabeth and James will support our efforts to drive new customers, particularly Millennials, to Kohl’s.”

Doug Howe, Kohl’s chief merchandising officer, added, “With sophisticated, modern apparel and accessories, Elizabeth and James at Kohl’s will heighten what it means to make fashion accessible.” Although exact price points haven’t been determined, he said it would be priced similarly, but perhaps a little bit higher than LC Lauren Conrad and Simply Vera Vera Wang.

He told WWD that he anticipates the collection will be targeted to a consumer aged 25 to 35, “as well as up and down from there.”

“The addition of the esteemed Elizabeth and James brand and its elevated design aesthetic builds on our continued work to evolve our brand portfolio and deliver a strong pipeline of new offerings,” said Howe.

Asked what attracted Kohl’s to the Elizabeth and James brand, Howe said, “They have an interesting background. We were just really impressed with the fact that they’ve been able to really establish their credibility in the space and they are three-time CFDA winners. They are really invested and it’s deserved. I just love the brand, and love what they’re doing with The Row as well.”

He added, “Mary-Kate was really passionate about finding a home for the brand. She feels we can really amplify it and provide more accessibility, but it’s really about making that fashion aesthetic more accessible.”

“We really want to collaborate with them. We had a really good brainstorming meeting with them this morning. It’s early stages,” he added.

According to Howe, the collection will have a robust marketing plan, including social media, which will be focused on the “girl boss,” and the idea of empowering women, which the Olsens are passionate about. He also said Mary-Kate and Ashley Olsen are very excited about doing collaborations with brands and brought a couple of ideas to the table “which we’re definitely interested in exploring.” It could be curations or collaborations with other brands. Howe said it was too early to disclose some of those ideas.

The plan is to flow new product into the stores every 30 days. He said they will start with apparel, accessories and beauty and let the customer vote and build it from there.

Mary-Kate and Ashley Olsen “are very cognizant of trying to make it as accessible as possible.

“We definitely want it to be of an elevated aesthetic and superb quality and fit, and we want it be fairly democratic when it comes to price range,” said Howe.

Howe said he anticipates that Mary-Kate and Ashley Olsen will be actively involved in it. “They very much want to support it with social and events and appearances. They’re going to be all in,” he said.

Elizabeth and James will continue to operate as an independent business, led by founders and co-creative directors Mary-Kate and Ashley Olsen. They will continue to serve as creative directors of Elizabeth and James, leading the design and development of its seasonal collections. The collection will be managed out of Kohl’s New York design office.

At Kohl’s, the Elizabeth and James collection will initially focus on apparel, handbags, accessories and beauty. It will be available beginning in November at the majority of Kohl’s 1,150 stores and kohls.com. Howe said the sourcing and production of the collection will be handled in-house by Kohl’s. 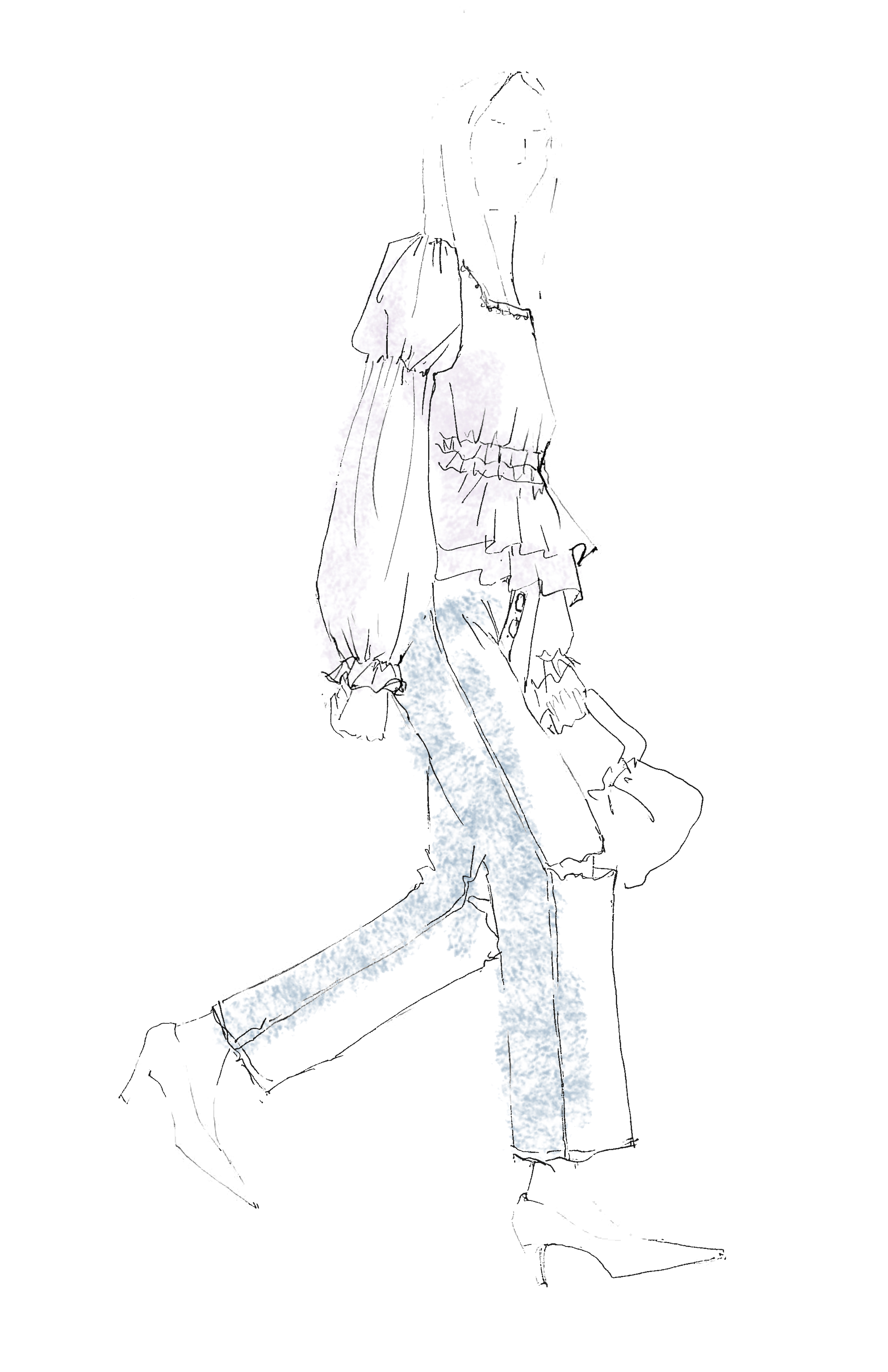 A sketch of Elizabeth and James for Kohl’s.

Kohl’s has been building up its arsenal of Millennial brands, including Nine West, which launches in the fall and Popsugar at Kohl’s, which launched in September. These brands complement Kohl’s portfolio of brands, which includes LC Lauren Conrad, Simply Vera Vera Wang, Apt. 9, Nike, Under Armour, Adidas, and New Balance, among others.

Kohl’s, the $20.2 billion retailer, has been making a big push to grow its sales of national brands. A key deal to begin selling Under Armour apparel went into effect two years ago. As a result, Kohl’s derived 61 percent of its sales from national brands last year, up from 54 percent in fiscal 2016. The retailer’s total sales increased 5.9 percent from last year, and for the last five years, Kohl’s has had an average revenue growth rate of 0.8 percent a year.

In 2016, Mary-Kate and Ashley Olsen said Elizabeth and James was distributed in more than 600 points of distribution and in more than 35 countries. The advanced contemporary brand has been known for its take on a modern woman’s wardrobe and effortless dressing. The brand’s streamlined, laid-back point of view featured tops, long skirts, easy sweaters and louche dresses. Elizabeth and James’ only freestanding store at The Grove in Los Angeles is no longer open.

In 2009, Mary-Kate and Ashley Olsen launched a clothing collection at JC Penney called Olsenboye, which has ended.