EXCLUSIVE: Fendi to Hold Show in Shanghai as Tribute to Karl Lagerfeld

In a first show, the Italian luxury company will combine the men's and women's fall collections on May 31.

The Powerlong Museum in Shanghai.

MILAN — Fendi is planning two major events to pay tribute to Karl Lagerfeld and a unique 54-year collaboration — the longest in fashion history.

For the first time, the Rome-based company will stage a fashion show combining its men’s and women’s collections. The event will be held in Shanghai on May 31 and present the brand’s fall 2019-20 collections, unveiled separately in Milan.

As reported on Thursday, Fendi is also paying homage to the late designer with a couture catwalk show in Rome on July 4.

The show in Shanghai will be staged at the Powerlong Museum, a 248,400-square-foot modern art museum, which showcases domestic and international contemporary art.

“Fendi has chosen Shanghai and the Powerlong museum to stage its first joint men and women collections to honor Karl Lagerfeld’s legacy,” said chairman and chief executive officer Serge Brunschwig. “Fendi and China have a special relationship, since the show on the Great Wall in 2007, and we are proud to showcase this unique moment in this magic country.” The monumental fashion show on the Great Wall of China drew 500 guests — including Zhang Ziyi, Kate Bosworth, Thandie Newton, Amanda Hearst and Tinsley Mortimer — as more than 80 models walked on a raised platform runway on the historical landmark.

The Powerlong Museum opened in November 2017, built by the chairman of the Powerlong real estate company, Xu Jiankang, whose own art collection is on permanent display there, covering renowned Chinese painters of various generations. A minimalist ramp that spirals up the center of the building anchors the museum. 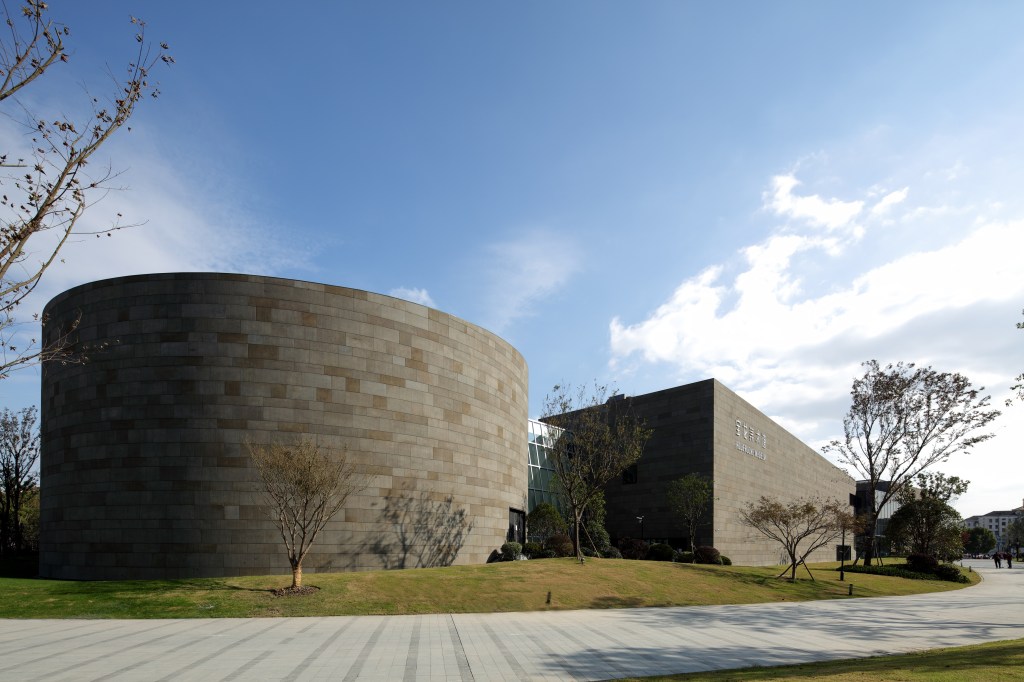 In January, Silvia Venturini Fendi revealed she had asked Lagerfeld to be the collection’s guest artist and to design a men’s look, for the first time, which was the inspiration for the men’s collection presented in Milan that month. The jacket has an architectural shape with an asymmetric neckline, a shawl collar on one side and a classic lapel on the other — a dualism that informed the collection. Venturini Fendi also created a patchwork of Fendi logos from the Eighties until today, with several other references to Lagerfeld — from old photos and sketches to his fan.

Fendi’s women’s fall 2019 show was the last designed by Lagerfeld and presented on Feb. 21, two days after his death on Feb. 19.

Fendi has more than 20 stores in China.

No communication has been made yet as to Lagerfeld’s successor at Fendi.