The designer unveiled the projects, plus new Adidas sneakers, at his fall show in Yekaterinburg. 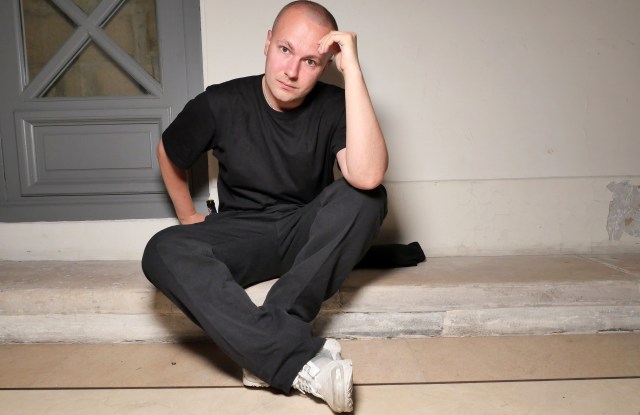 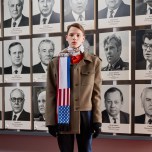 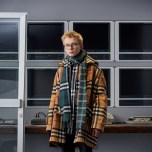 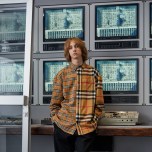 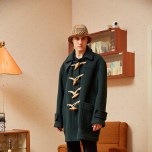 And he continued his alliance with Adidas for sneakers, a key affiliation as this industrial city gears up as one of the hosts of the 2018 Fifa World Cup and as Rubchinskiy, a popular figure in Europe’s young fashion scene, seeks to continue fanning his cool factor.

“The brand has never collaborated with a Russian designer to my knowledge. However, what Gosha is doing is inspiring and exciting to us,” said Darren McKoy, global category director, footwear and accessories, at Dr. Martens. “Creatively, we feel the very essence of the youthfulness of both brands have great synergy.”

“Youth culture is the engine that moves fashion,” he added.

Styles from the 78-year-old English boot maker included interpretations of its Adrian Tassel Loafer, which dates from 1980, and a more formal Oxford style. “The idea is to bring a fashion twist to a formal look,” McKoy noted.

The sturdy footwear and denim winked to Yekaterinburg’s history as a site of smelting, heavy engineering and other manufacturing businesses, though its modern skyscrapers speak to its recent diversification and rapid economic growth.

Levi’s had already collaborated with Rubchinskiy in 2016, but this time the designer initiated the project, according to Jonathan Cheung, head of global design at the American apparel firm.

The fall effort is based on iconic products — 501 jeans and Trucker jackets — in washed blues and blacks.

“I heard stories during Soviet times that someone traded a car for a pair of Levi’s,” Cheung marveled, noting: “We had a pretty good 2017 in Russia — our business and our fan base is growing. We’ve got over 130 wholesale doors and over 100 Levi’s stores between our mainline and outlets.”

“It was important that Burberry be part of my new collection as it was one of the first iconic western brands to reach Russia after the Soviet collapse. It was very popular here in the Nineties, so much so that Boris Yeltsin can even be seen wearing a Burberry scarf in pictures from the time in the Museum where we presented the show,’’ said Gosha Rubchinskiy.

Rubchinskiy, who catapulted on to the men’s wear scene with his edgy shows in Paris, has recently been shedding light on Russian cities and shunning European fashion weeks, having already staged shows in Kaliningrad and Saint Petersburg.

His brand, closely linked to the skateboarding scene, is produced and distributed by Comme des Garçons.

What to Watch: The Future of Streetwear Collaborations