He is to start at the French house on Feb. 1 and show his first collection next September. 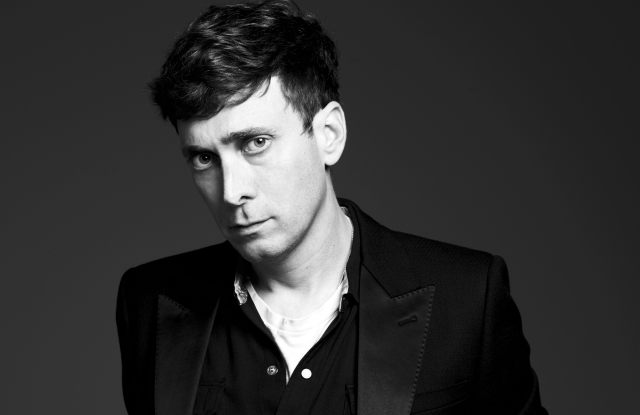 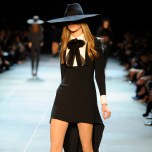 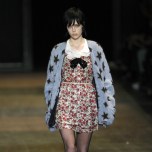 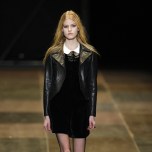 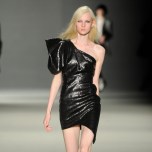 PARIS — One of fashion’s preeminent image-makers and trendsetters, Hedi Slimane is to lead Céline into men’s wear, couture and fragrance as its new artistic, creative and image director, WWD has learned.

He is to join the LVMH brand on Feb. 1 and unveil his first fashion proposition for men and women next September during Paris Fashion Week.

“I am enchanted, what a great choice,” said Karl Lagerfeld, one of Slimane’s most enthusiastic fans, who famously shed 90 pounds in order to shimmy into his slim tailoring. “It will be great.”

It marks a major homecoming for Slimane, who cemented his reputation — and influenced men’s tailoring for more than a decade — as the designer of Dior Homme between 2000 and 2007. He went on to reinvent and ignite the Kering-owned house of Yves Saint Laurent, which he rechristened Saint Laurent, between 2012 and 2016 — all the while maintaining a close rapport with the Arnault family, which controls LVMH and Dior.

In a curious twist of fate, Slimane will be reunited with Sidney Toledano, the legendary chief executive officer of Dior, who recruited the designer to propel the storied couture house into men’s fashion.

Toledano is to relinquish his role to Pietro Beccari, who joins the management helm of Dior from Fendi, and become chairman and ceo of LVMH Fashion Group, which includes Céline along with the brands Givenchy, Kenzo, Loewe, Marc Jacobs, Pucci, Rossi Moda and Nicholas Kirkwood.

“I am particularly happy that Hedi is back within the LVMH Group and taking the creative reins of our Céline maison,” said Bernard Arnault, chairman and ceo of LVMH Moët Hennessy Louis Vuitton, calling Slimane “one of the most talented designers of our time.

“I have been a great admirer of his work since we collaborated on Dior Homme, which he launched to global acclaim in the 2000s. His arrival at Céline reinforces the great ambitions that LVMH has for this maison. Hedi will oversee all creativity for both women’s and men’s fashion, but also for leather goods, accessories and fragrances. He will leverage his global vision and unique esthetic virtuosity in further building an iconic French maison.”

It is understood Céline, prized for its sumptuous leather goods and modernist clothing, is already approaching one billion euros in revenues.

Sources indicate LVMH has ambitions to double that figure as it leverages Slimane’s global following, his design chops, and a widening of the product universe.

It is understood the first freestanding Céline men’s boutiques are to open as early as 2019. Slimane’s designs for men are sure to attract keen interest from retailers and fashion fans alike — while perhaps sparking anxiety among some of his designer colleagues in men’s.

In a statement, Slimane said he is “delighted to join Bernard Arnault in this all-embracing and fascinating mission for Céline. I greatly look forward to returning to the exciting world of fashion and the dynamism of the ateliers.”

The Frenchman takes over Céline from Phoebe Philo, who announced her resignation from the brand last December after an electrifying 10-year tenure, during which she reinvented the brand in her image and made it a watchword for sleek designs crackling with currency.

It is understood Philo will not work for another label in the near future and the fall 2018 collection, to be unveiled in March, will be the last collection crafted by her.

Given his close rapport with the music scene, Slimane is sure to bring a blast of cool and youth to Céline, which enjoyed more of a high-minded, adult allure under Philo.

Daniella Vitale, president and ceo of Barneys New York, said she was absolutely thrilled. “We have had a lot of success with Hedi over the years and the introduction of men’s wear at Céline is an incredible opportunity at Barneys. Genius move on the part of Céline.”

According to sources, Slimane is to maintain his home base of Los Angeles and lead creation there, while shuttling to Paris, where Céline is based. Its Rue Vivienne headquarters boasts extensive ateliers.

The designer is expected to eventually offer made-to-measure designs — in the manner of couture but without big fashion shows — as he did while at Saint Laurent.

It is understood his first fragrance for the brand could be ready before the end of the year. While Slimane did not have purview over beauty during his Saint Laurent tenure, much to his chagrin — that business is controlled by licensing partner L’Oréal — he had a good deal of influence at Dior Homme, introducing several fragrances and a complete skin-care range.

The exacting designer will also have input into Céline’s store fleet, which counts 150 locations and echo his taste for luxurious materials like marble and modernist design references.

Slimane’s career path in some ways echoes Philo’s. Slimane took a sabbatical from fashion after exiting Dior Homme and focused on his photography and art-making sidelines. Philo, who forged her reputation at Chloé, made her fashion comeback at Céline in 2009 after a three-year sabbatical.

“Hedi Slimane is an exceptional designer, complete artist and passionate about his work,” Toledano commented in a statement. “I am certain that he will bring his renowned creative energy and discipline to lead Céline to even greater success.”

Last year, LVMH recruited Berluti’s Séverine Merle to take the management helm of Céline and lead it into online selling.

Merle, who worked under Berluti chairman Antoine Arnault, is a veteran of LVMH, having worked at its flagship Vuitton brand as its general manager for France and women’s wear merchandising director.