EXCLUSIVE: Kris Van Assche Rebuilding Berluti From the Shoes Up

After 10 months at the helm, the Belgian designer is raring to make his runway debut for the luxury shoemaker. 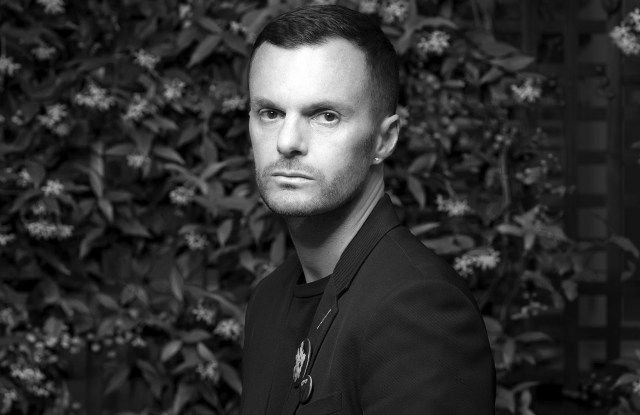 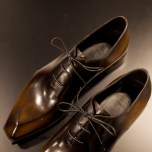 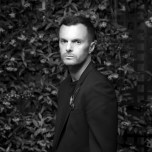 PARIS — “I’m happy to finally give birth — I feel like it’s been 10 months instead of nine, so I’m way overdue,” said Kris Van Assche, greeting a visitor at the Berluti showroom just days before his debut runway show for a luxury label that is rooted in footwear.

Indeed, it’s been an unusually long gestation period for the former Dior Homme designer, whose arrival at Berluti was confirmed in April 2018. Not that he’s been idle: Van Assche presented his capsule spring collection in October, and has also shown a pre-fall collection in-house.

But having watched Kim Jones at Dior and Virgil Abloh at Louis Vuitton, his fellow designers within the LVMH Moët Hennessy Louis Vuitton empire, make splashy debuts during Paris Fashion Week: Men’s in June, followed by Hedi Slimane’s coed show for Celine in September, the 42-year-old is understandably eager to finally lay out his vision for the new-look Berluti.

That vision starts, unsurprisingly, with the footwear. Known for his mix of sharp tailoring and sophisticated sportswear, the Belgian designer has revamped Berluti’s classic Alessandro oxford shoe, made from a single piece of patinated Venezia leather, with the addition of sharp angles and gleaming silver hardware.

“If my previous work always started with a black suit, I can definitely say that here it starts with the shoes — and I’m not just saying that because it sounds right. It is like that: it starts with the feet and we go up,” he told WWD in an exclusive preview, picking up a pointy-toed pair of brown brogues.

“It’s one piece of leather, it‘s totally pure and there’s just one seam at the heel, but how can we give it character, how can we make it attractive for a new type of customer? And so we gave it all these angular edges to make it almost a little futuristic,” he explained. “This was the starting point of the collection.”

Kris Van Assche and one of his looks for Berluti Men’s Fall 2019.  Franck Mura/WWD

Precise and methodical in his approach, Van Assche honed in on the Alessandro at the start of his tenure, when he unveiled Berluti’s new logo, based on the letters carved into a wooden shoe tree dating back to 1895, the year founder Alessandro Berluti established himself as a shoemaker.

The logo’s stylized font, developed by graphic design duo M/M Paris, is designed to echo the slight erosion of the letters’ outlines over time. “You can link it to the handcraft — there is always this human side to things. I mean, it’s not about computers and machines, it is above anything else about the hand,” he explained.

Next, the designer set about understanding the know-how of the house by meeting with its teams and visiting its production facilities, including its state-of-the-art “manifattura” in Ferrara, Italy.

“I was blown away by the technology and the quality of the workplace of it, but there is also this really traditional handcraft about it. I mean, they really do use hammers to put the nails in the soles, you know, so the clash between tradition and technology was super inspiring,” Van Assche said.

The invitation for the show, due to take place at the Paris Opera at 1 p.m. on Jan. 18, is a fragrant block of beech wood stamped with the new logo. Inspired by the miniature shoe lasts on display at the Berluti atelier in Paris, it is meant to symbolize a new beginning.

The brand will be returning to the catwalk during a bumper week that will also see the debut men’s wear show by Slimane at Celine, the return of Vetements to the men’s calendar, and the first Paris runway shows for brands including Loewe, J.W. Anderson, Jil Sander, Heron Preston and Fumito Ganryu.

“Competition is always energizing, no?” said Van Assche. “I think it obliges everybody to think out of the box. The safety zones are over, so that’s good.” Still, he was grateful to Antoine Arnault, chief executive officer of Berluti, for not rushing him to show in June.

“I do very, very much appreciate the fact that I’ve had so much time to really get to know the brand, because obviously it takes time to develop a vision that is both creative and luxury,” he said. “Having had 10 months to work on it gave me the time to digest it.”

His main challenge was how to apply traditional techniques to a product that will appeal to a Millennial customer, while still catering to Berluti’s discerning clientele, which over the years has included personalities such as Andy Warhol, Frank Sinatra, Robert De Niro, Yves Saint Laurent and Marcel Proust.

“Berluti already has a very specific type of client who looks for this really specific Berluti know-how,” he said. “That exists and it’s super nice, and it’s obviously there to stay because it is the DNA of the brand, but how can we also use that DNA, pull it in different directions and address ourselves to other types of guys?”

The approach ties in with that of his predecessors, Haider Ackermann and Alessandro Sartori, and comes at a time when luxury brands are oscillating between embracing the streetwear trend and reverting to a more traditional vision of elegance.

“Within this overload of streetwear influences, Berluti is known for the quest of high-end luxury and quality, and to go a little bit against the stream, while everybody is kind of so much into the street and sports, that’s interesting. I think I share that both with Haider and with Alessandro, who were also looking for that contemporary vision of luxury,” said Van Assche.

It’s not that different from the kind of toggling he did during his 11 years at the helm of Dior’s men’s division, and in Van Assche’s opinion, reflects the way men’s wear is headed in general.

“There is no such thing as just being stuck in one box. Men fit into different boxes and actually just can have a different mind-set from one moment of the day to another moment of the day. It’s not so much about, ‘There is a traditional client and there is a young client.’ There is a client with different kinds of needs,” he said.

Van Assche has naturally brought his streetwear sensibility to the mix. His spring capsule line featured smart cashmere blousons, while the new house logo appeared as a leather appliqué motif on a sweatshirt and bomber jacket. There was even a new, chunkier sneaker design dubbed the Gravity.

“It’s about finding the ultimate collaboration between the heritage of the brand and my personal taste and style — there’s almost something a little bit mathematical about it. When I did the capsule and the pre-collection, it was really about looking at what’s existing and what are current needs,” he said.

That left him free to take flight with his first fully realized collection, a fanciful take on Berluti’s signature patinas — quite literally, in the case of a brown leather suit that was dyed to produce an effect identical to the shoes, a process that required eight months of research.

“The brown patina is really what people know, but they’ve never really worked it like this in clothes, because technically it’s super complicated,” Van Assche explained.

“The good thing about patina shoes is that you can always go back to the store and have them redone, which is the ultimate idea of luxury,” he pursued. “On clothes you can’t, because then you wear it on a white shirt and it would stain, so it’s whole a different way of thinking — but visually, you combine both worlds.”

Known for his rigorous monochromatic looks, Van Assche also let rip with the more adventurous end of the dye color spectrum. “The lineup is literally people arriving at the Opera, in my mind, and how they would interpret dressing up or having a great night out in Paris, what that would look like,” he explained.

“At my previous job, there was something really couture and sartorial about everything, which kind of came with a lot of rules,” Van Assche noted. “It was quite refreshing to be able to work on a much more loose, much more free type of silhouette.”

The result navigates between tradition and innovation, eschewing categorization.

“It’s really about those two extremes: It’s about the classical Alessandro shoe and a chunky sneaker, and it goes with different types of men. It’s the father and son, but you don’t necessarily know what the son is going to wear, and what the father is going to wear,” he remarked.

“I guess that’s what really nice also about Berluti: you have a total freedom. There are no such things as codes and rules within the ready-to-wear. Anything, any type of piece can be Berluti, as long as it’s treated in a very high-end luxury manner,” Van Assche added.

“People tend to put men’s wear brands, especially, into boxes: you’re either timeless luxury, or you’re creating fashion. I think that the right thing for Berluti is that we can be both,” he concluded.