As it marks 10 years in business, Shang Xia is making a major retail push in China and launching a capsule collection for younger clients.

PARIS — As it celebrates its 10th anniversary, Shang Xia, the Chinese luxury brand established by Hermès International, is preparing for a major retail push in China and the launch of a capsule collection aimed at the next generation of high-end consumers.

Though the brand has been hard-hit by the coronavirus pandemic, which forced it to close most of its stores for nearly two months, it is pressing ahead with the planned opening of three new boutiques in China this year, one of which will include an all-new Shang Xia Tea Temple concept.

Jiang Qiong Er, chief executive officer and artistic director of Shang Xia, spent the lockdown period in France, where she and her husband, Guillaume Brochard, own the Château Ad Francos winery near Bordeaux, housed in a castle whose history can be traced back 1,000 years.

“It’s a very inspiring place,” said Jiang, who was born and bred in Shanghai. “We’re urban people. This is the first time in my life that I’ve been able to witness the change of seasons.” 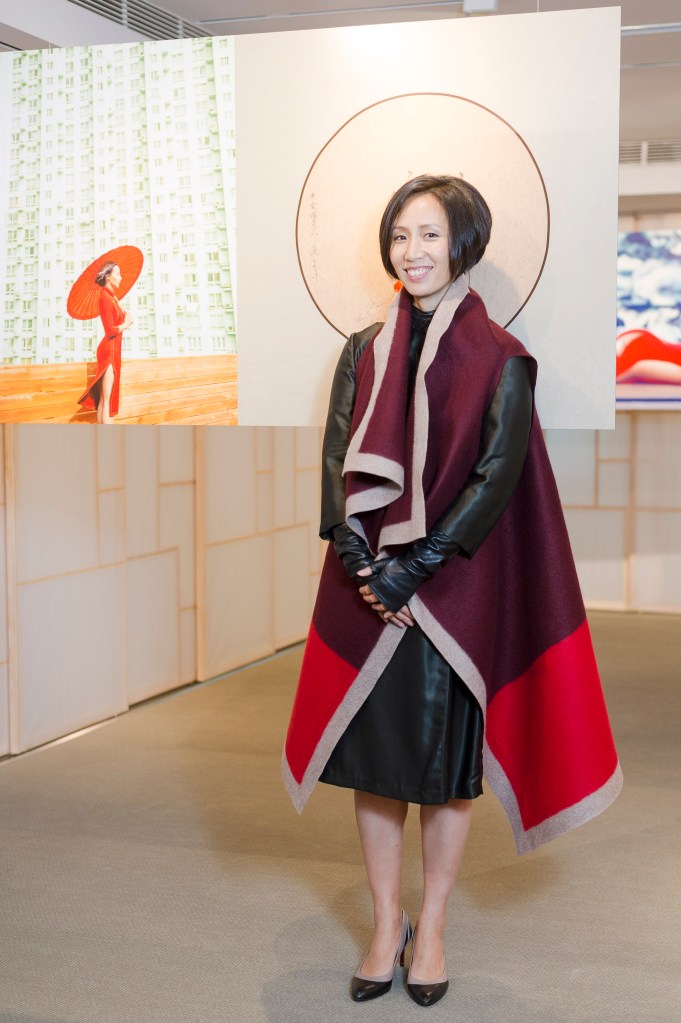 Jiang Qiong Er poses in front of a photograph of by Chen Man.  Dave Tacon

Patrick Thomas, the chairman of Shang Xia, noted the brand was coming off a banner year, with sales in China — which accounts for 90 percent of its revenues — up 60 percent in 2019.

He declined to provide an overall sales figure for Shang Xia, which is 90 percent owned by Hermès and 10 percent by Jiang, but noted that it was a marginal contributor to the French luxury house’s revenues of 6.9 billion euros last year.

His outlook for 2020 was gloomy, in line with the global luxury sector. “The impact this year will be considerable. Our sales virtually ground to a halt for one-and-a-half to two months, except for a small amount online, so it’s going to be catastrophic,” said the executive, who was instrumental in the launch of the Shang Xia brand.

Nevertheless, Thomas and Jiang were upbeat about the medium-term prospects for the label, which is reaching a new stage of maturity at a time when Chinese domestic consumption is set to expand as a result of government policies to prop up local spending, and a forecast decline in international travel due to COVID-19 restrictions.

“We have very ambitious plans this year to develop Shang Xia, despite COVID-19,” said Jiang. “Today, a luxury brand rooted in Chinese culture has great potential in China, in Asia and potentially worldwide.”

Thomas acknowledged the brand had a bumpy start, as it took a long time to track down craftsmen who still possess traditional skills, many of which were lost during China’s Cultural Revolution. “I told [Qiong Er], ‘Don’t worry about the bottom line. Just make sure you execute the project as perfectly as possible,’” he said.

“A real luxury brand is not about getting rich,” Jiang concurred. “It requires a lot of time. It’s like architecture: if you want to build a skyscraper, you need to dig a foundation that is almost as deep. It took Shang Xia 10 years to build the foundation of the brand. We faced a lot of challenges, but we’re very happy with the result.”

Now the house has an established style, as well as signature products such as its Da Tian Di chair, Sculpture cashmere felt outerwear and Lan Yue handbag, and the time has come to expand.

“As long as we hadn’t solved our sourcing issues, I never pushed for opening new stores, because there’s nothing worse for a customer than to be disappointed,” said Thomas. “Now we are ready to grow the brand; we need to widen it in terms of reputation and notoriety.”

Shang Xia, which has stores in Shanghai, Beijing, Shenzhen and Paris, in addition to several shop-in-shops, was due to unveil its new 2,700-square-foot boutique at the Peninsula Hotel in Beijing on July 1. Due to a renewed outbreak of coronavirus in the city, the opening has been rescheduled for Aug. 1.

Designed by Jiang, who studied industrial design at Shanghai’s Tongji University, the space will feature a metallic rendering of a bamboo forest and what she called a red “treasure box” at the entrance. “It’s a very poetic, fluid space,” she said. “We chose materials and colors that represent Oriental strength.”

Also on the cards is a 1,300-square-foot store in the Hangzhou Tower Shopping Mall, expected to open in late September. But the largest addition will be a two-story, 3,775-square-foot boutique in Chengdu designed by Japanese architect Kengo Kuma, who worked with the brand on its first stores a decade ago.

While serving tea is an integral part of Shang Xia’s V.I.P. customer service, the Chengdu location marks its first foray into traditional hospitality with a Tea Temple concept stretching over 1,075 square feet aimed at younger customers.

“The way you drink the tea has to be surprising, so I’m working with a team on new concepts based on tea,” Jiang said, explaining that a cocktail was one element of the mix. “It’s a total experience. From the moment that you book, to the moment you arrive, each element is designed to be a part of the experience.”

Kuma will also work on the renovation next year of the Shang Xia boutique at the China World mall in Beijing, which he originally designed. All in all, Thomas estimated the brand will invest between 5 million euros and 6 million euros in its retail expansion this year. 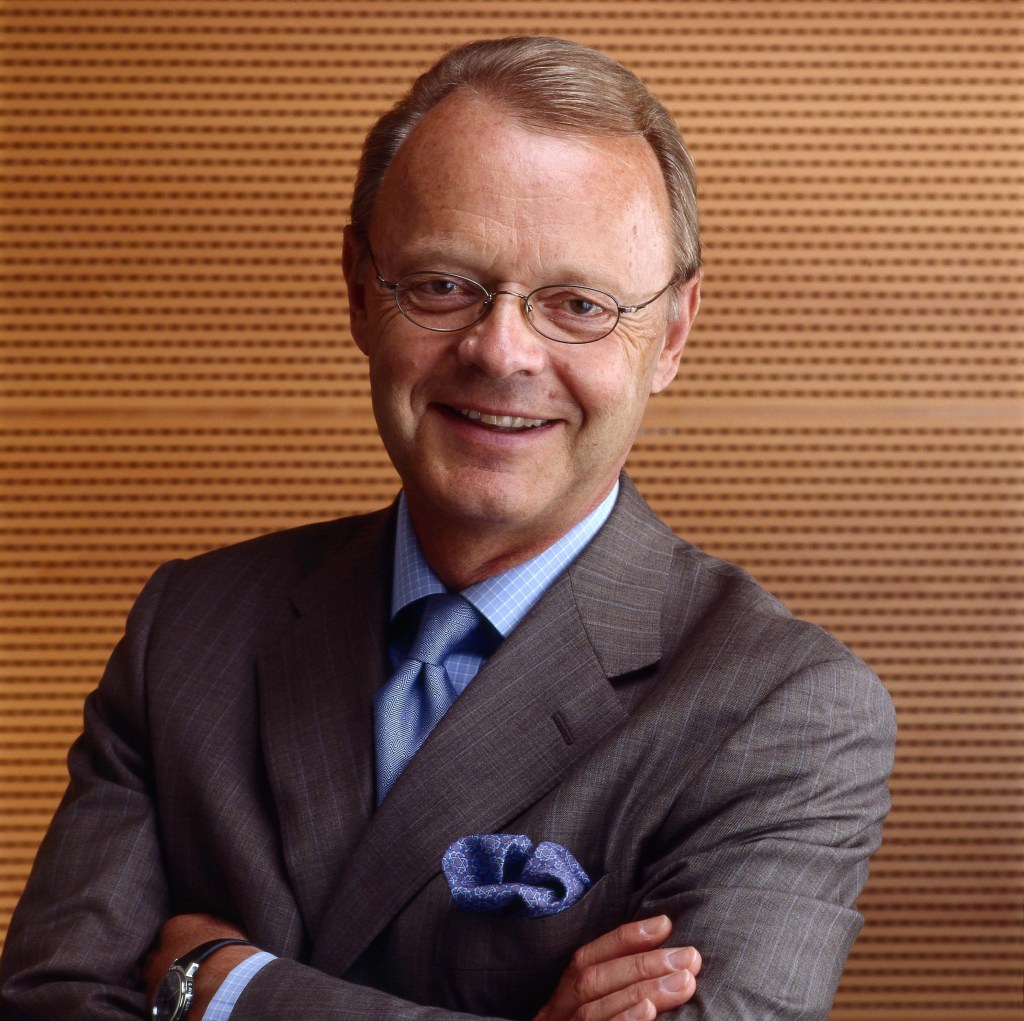 In parallel, Jiang worked with Demos Yu-bou Chiang, the buzzy founder of the Taiwan-based DEM design studio, on a capsule collection dubbed Da Ri Yue which blends China’s classical heritage with nods to streetwear, and is aimed at the young people known in China as the post-Nineties and post-’00s generations.

Hence, its Shuneaker shoe features a 4-D printed sole inspired by the bamboo marquetry that is a brand signature. Teased on WeChat, the sneakers come in an embroidered version limited to 66 pairs — 33 white and 33 black. The commercial version, launching in August in China, will consist of 250 white and 250 black pairs.

In addition, the line features items including a backpack, jewelry and ready-to-wear. “Young people have a different concept of luxury than the previous generation,” said Jiang. “They’re very connected to subcultures, street art and freedoms. They’re not going to buy a handbag like their parents did.”

Nonetheless, she sees more and more parents and children shopping together at Shang Xia, which in recent years has expanded its offer of entry-level products. Last month, the brand hosted a two-day event at its Shanghai flagship where families could have their portrait taken dressed in items from the fall collection.

“Family has been at the core of Shang Xia’s DNA from Day One,” said Jiang. “I wanted to create a dialogue with younger people and show them that even traditional materials and know-how can always be interpreted in a trendier object.”

While Chinese luxury brands remain few and far between, both Thomas and Jiang believe the time is ripe for the country to put its stamp on the market.

“There’s pride in showing that China is capable of producing not only low-quality mass products, but also beautiful items rooted in tradition,” said Thomas. “I’m convinced that we’ve now arrived at a point where there will be a solid growth in high-end and luxury brands in China. We will no longer be the only one.”

Jiang sees it as the result not only of a change in generations, but a profound societal shift.

“In the aftermath of COVID-19, faced with a very stressful urban lifestyle, the Oriental philosophy and lifestyle is going to become an inspiration again not only for Chinese and Asian consumers, but also for many Westerners,” she predicted. “The important thing is to find the opportunities in a crisis.”