At the Men's collections in Milan, Paris and New York, designers assess their values in a challenging time. 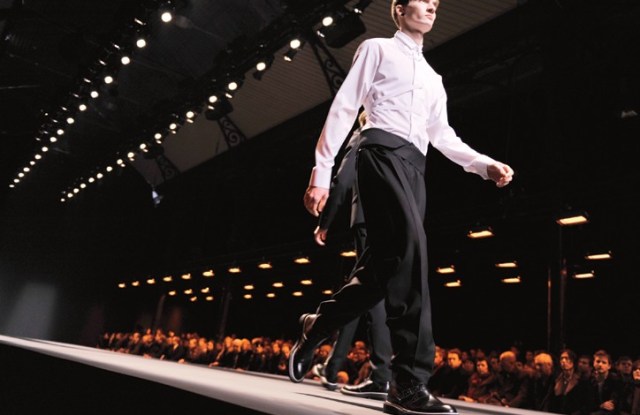 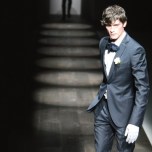 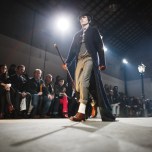 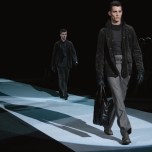 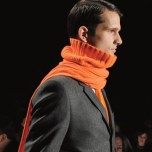 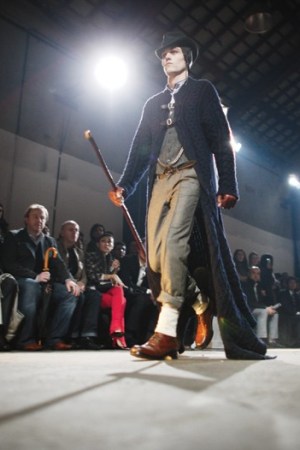 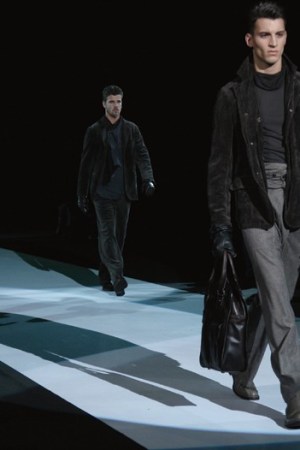 You have to pity luxury. For years, the all-powerful buzzword sold everything from condos to T-shirts. (Coco Chanel, who once said luxury was the opposite of vulgarity, would have been none too pleased.) But now, luxury is so devalued that the word is virtually banished from advertising, with the implication that there’s something unseemly in caring about luxury—let alone luxe fashion— given the entropy plaguing the economy.

There’s an opportunity, therefore, for the purveyors of true luxury to tactfully restore its proper signifi cance to connoisseurs. And it is precisely in these transformative moments that attention should be paid to fashion, which has always been most relevant when it reflected a cultural shift.

With that in mind, a deeply anxious, slightly diminished and thriftier fashion flock began its semiannual tour this season. And, to our great relief, designers delivered thoughtful collections that refl ected their brands’ core values as well as their personal beliefs about luxury.

“Luxury for me is standing for what you believe in, and having integrity,” said Burberry’s Christopher Bailey, who proudly showcased the brand’s icons in a nostalgic light during Milan Fashion Week. “It’s making sure that you have your own point of view. Everything you do should be positioned around that. If you can do that, that’s the greatest luxury to me.”

Milan was ground zero for going back to roots. At Jil Sander, innovative, sculpted tailoring stayed true to minimalism. Giorgio Armani showed the elegant, soft tailoring he has perfected over decades. Prada revived black nylon and triangle nameplates within a gloomy collection dominated by slouchy overcoats and doublebreasted suits that harked back to the brand’s Nineties heyday. Dark sobriety pervaded the collections, but there were some cheerful notes as well, such as Gucci’s New Wave strut.

“The luxurious thing here is everything,” said Gucci’s Frida Giannini. “It’s easy to mention the crocodile and fur and whatever. But I think luxury is when you can see the craftsmanship in every single detail.”

“Everything that has a lot of handwork is precious and luxurious today,” said Missoni. “Luxury is supposed to be something hard to find, something precious. Everything in our collection is artisanal, and we keep it rare, we don’t produce a lot of pieces. I’m very happy when people collect them and keep them for years.”

Dolce & Gabbana showed suits cut from ribbon weavings, and to ensure that the craftsmanship was recognized, video screens around the theater displayed the weaving process.

Some outstanding collections, including Lanvin and Bottega Veneta, took the approach of demystifying luxe fabrics by prewrinkling them or leaving unfinished hems. Treating special fabrics in such an offhand manner signifies a kind of luxury. Versace projected a casual attitude too, but with flawless, Old Hollywood polish.

Milan Vukmirovic, the editor, photographer, retailer and Trussardi 1911 designer, looks at luxury from many angles.

“Maybe it’s difficult now for the consumer to consume, but you have to excite them; propose something that can last more than a season, more than a trend,” he said. He used 70-year-old crocodile skin for some of the bags. Now that’s longevity.

Although all designers seem to cherish the original sense of luxury—the image of artisans working with their hands and passing skills between generations— some also are dedicated to technological advancement.

“Of course, luxury is associated with an expensive quality of leather, or a double-face cashmere, but I think that a more modern interpretation of the word would recognize innovation or a more unique element of a particular piece or design,” said Italo Zucchelli of Calvin Klein Collection, who experimented with wool-bonded, heat-molded foam in the first of his collections to be shown in New York.

Thom Browne held an unorthodox presentation in Florence, where he outfi tted 40 models in a uniform of his most iconic pieces. His necessary luxuries are a dependable uniform and the power to do things his way, every day. “Not having so much choice is what I find refreshing,” he said.

But try telling that to Marc Jacobs.

“Luxury to me is the freedom to choose,” said Jacobs, backstage after the Louis Vuitton show in Paris. “That’s how I defi ne it. Quality is a big part of what makes something luxurious, but ultimately fashion is a whim and people don’t need it, and that makes it the biggest luxury of all. At Vuitton we do what we do. Regardless of the way things are in the world, we have a job to make beautiful clothes, not to solve economic problems, etc.….Maybe with the changing world, the customer is reevaluating how much to spend and what to choose, but a customer who wants luxury and loves fashion will still be that person.”

And designers will keep tempting them, no doubt. Michael Bastian, a former merchant, hooks his customers with appealing realism and versatility.

“If something speaks to a guy, and he feels he’s going to wear the hell out of it and get his money’s worth from it, that to me is real luxury—time and money well spent,” said Bastian. “As far as my collections go, we’ve always tried to make them as personal and well-made and ‘emotionally open’ as possible, giving guys a reason to fall in love with the clothes and make them a real part of their life.”

Whereas for others, luxury will always be about the dream. Dior Homme’s Kris Van Assche cites the savoir-faire of Dior’s ateliers.

“It enables us to bring even the most implausible projects to life,” he said. “It’s of the utmost importance that we preserve this extraordinary magic bubble and most certainly not let this stressful crisis impinge upon dreams and imagination. In these more sober times, this fitful luxury can yet become a place where a certain vitality and the hope inherent in creativity can thrive.”

Oh, let’s hope so. Contrary to stereotypes, fashion people are eternal optimists. Despite experience and whatever the odds, we never stop believing next season will be better.