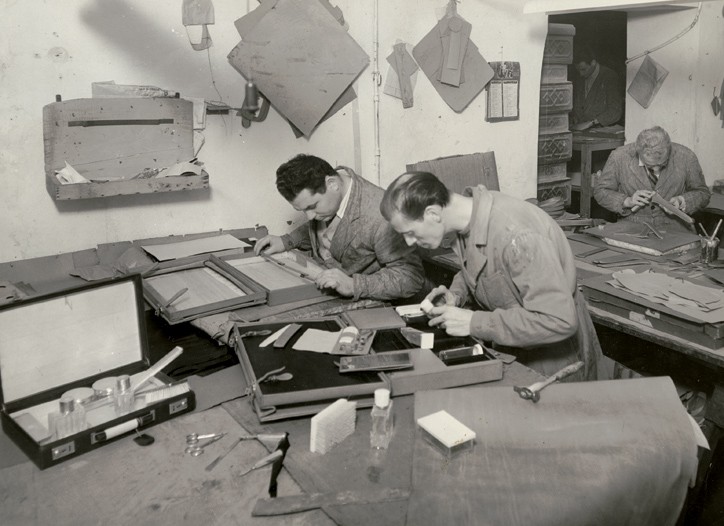 These days, Twitter enthusiast Louis Vuitton is far more likely to tweet about the 1896 launch of monogram canvas or the 1930 birth of its iconic Speedy handbag than which actress wore its clothes to a recent VIP event.

It’s but one indicator that Europe’s big luxury players are moving heritage to the forefront of product and communication efforts as a way to reassure — and seduce — consumers spooked by recession.

“Consumers are now much more cautious when they approach the products of a luxury brand,” said Patrizio di Marco, president and chief executive officer of Gucci. “If we didn’t communicate the history that is part of this company, it would be a major mistake.” Di Marco characterized heritage as important to Gucci “as the fashion authority it has gained over the past 20 years. It is something we are showing now because it’s the right time. The audience is not looking for something that can be used and consumed in six months’ time….You actually offer something with substance.”

Among brands’ product initiatives this spring are Vuitton’s “heritage” line of wallets — reprising the first small leather goods the French firm introduced a century ago — and Dior’s refreshed range of perfumes from the Fifties, which will be backed with the same René Gruau illustrations used in advertising of yore. The scents include Eau Fraiche (1953), Diorissimo (1956), Diorella (1972) and Dioressence (1979).

Meanwhile, Prada’s recent launch of a 708-page tome recounting its history, while tilted to the last 30 years, also signaled a general trend to looking back. It was evident as well in Gucci’s sponsorship in December of the European Equestrian Masters show jumping competition, awakening ties to the equestrian world that stretch back to 1921. It was the company’s first such association since the Eighties.

Hermès International is plotting Saut Hermès for April 3 to 4 in Paris, a new competition and equestrian extravaganza at the Grand Palais that underscores the house’s devotion to the horse since 1837, when Thierry Hermès began supplying deluxe harnesses and saddles to the French carriage trade.

Why is everything old new again?

“Consumers want something they can believe in, and heritage is the best anchor that luxury brands have,” said Lucian James, founder of strategic consultancy Agenda Inc., based in New York and Paris. “[It] allows luxury brands to communicate a longer-term value that goes beyond the ticket price, as watch brands know very well.”

The shift back to heritage has been sped by the recession, but is moreover a “correction” from a “media-centric, celebrity-oriented, glossy approach,” he explained. “The luxury category had been overselling the sizzle and forgetting about the steak.”

According to James, luxury firms need to avoid a “history lesson” approach, which is “not likely to get pulses racing.” Instead, brands must “construct a narrative” that is “unique to the brand, communicable and memorable.”

He lauded Baume et Mercier for its Twitter and Facebook content geared around the brand’s 180th anniversary. Written in the first person by the firm’s founders, the vintage extracts detail “their passionate obsession and vision for its future.”

Sidney Toledano, president and ceo of Christian Dior, credited a shift to heritage that started in 2006 — along with an upscaling drive — for helping the French brand weather the economic downturn. John Galliano’s recent collections have heavily accented the legacy of the firm’s founder, and such house codes as the “bar” jacket, while campaigns featuring Oscar-winning actress Marion Cotillard have fanned demand for its iconic Lady Dior bag.

“In fashion, you have so much emotion. To go back to the heritage and the codes has been a way to get through to the customer,” Toledano said.

Given the economic downturn, customers have been more careful with spending and “feel more secure” with brands with a “real story and savoir faire” rather than an “It” bag with a seasonal lifespan, Toledano said.

“If it’s an icon bag with a real story, people say, ‘We are ready to invest in that,’” he added. “People are rediscovering that luxury has meaning only if it goes through a long process across time, which means you have to have heritage.”

Earlier last month, Dior invited Pierre Cardin, who started work at the house on its very first day of business — Dec. 16, 1946 — to share his experiences with more than 200 top managers at an internal conference.

Executives asserted that brands with heritage have an edge in pivotal and fast-growing markets like China, where customers not only appreciate the stories behind the brand, but consider it a guarantee of quality and authenticity amidst a plethora of counterfeit products. Di Marco said the process of mining Gucci’s product heritage began with the appointment in 2006 of Frida Giannini as creative director. Enamored with the archives, Giannini has refreshed and revisited various prints, styles and details, the horse bit being pivotal. The Bamboo handbag, originally created in 1947, was a major statement for the current spring-summer season, which di Marco predicted customers would embrace like an “old friend.” Late last year, Gucci introduced an “artisan corner” that brings skilled artisans from its Florence-based leather goods factories into its boutiques, where they assemble and finish iconic handbags. “If you don’t start with the products, it’s only surface,” di Marco stressed, noting the mobile workshop would visit “all parts of the world.”

In January, Gucci went live with a free online service for appraising vintage Gucci products in association with the auction house Christie’s. It also plans to establish a museum in Florence to coincide with its 90th anniversary in 2011.

Recognizing heritage is a slippery slope that can lead to an old-fashioned image, executives stressed the importance of injecting new creativity to the quality and detail orientation of yore.

Bruno Pavlovsky, president of Chanel fashion, said customers “need to feel confident with a brand” and animating and continually updating heritage is a solid path to follow. “The more we are able to build between yesterday and tomorrow, the better it is. It’s what Karl Lagerfeld is doing perfectly,” he said.

“To me, heritage is something that tells you where you come from, but also tells you something about where you’re going,” di Marco agreed, noting Gucci’s museum project is likely to include interactive elements and traveling components. “Our intention is to have something alive. Heritage can’t be something dusty.”

Sebastian Suhl, Prada SpA’s chief operating officer, said while the company’s book recounts that Prada was established in 1913 as a Milan purveyor of luxury travel bags, leather goods, walking sticks and the like, “it’s more about ideas, creativity and avant-gardism. We are always looking forward. It’s a very modern brand.”

That said, Prada has distributed materials in China and Asia-Pacific during its recent expansion to help educate new luxury consumers. “There, it’s important for consumers to know that a brand is European, original…and with long-standing craftsmanship behind it,” he said. “There’s not that many brands around that have a rich heritage.”