Luxury brands still grappling with Twitter should brace themselves: Foursquare and Google Wave are new tools on the horizon with potential for brand building.

By Miles Socha and Samantha Conti and Alessandra Ilari and Natasha Montrose on December 14, 2009
View Slideshow 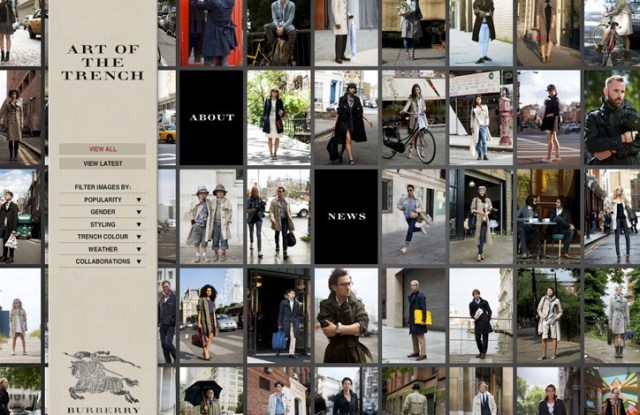 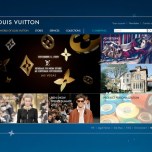 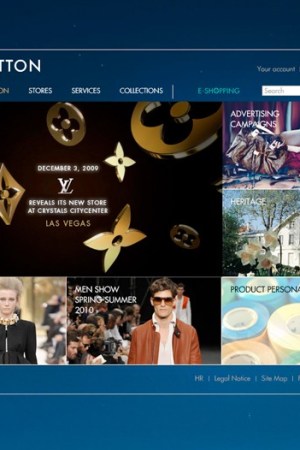 Fashion and luxury brands still grappling with Facebook and Twitter should brace themselves: Foursquare and Google Wave are among new tools on the horizon with potential applications for brand building and e-commerce.

Experts are still counseling measured and clear-headed steps into the digital world, which continues to be unfamiliar and tricky territory for brands accustomed to tightly controlling their image and information about their products and business.

“Fashion has struggled a lot with the acceleration of everything,” said Lucian James, founder and creative director of strategic consultancy Agenda Inc., based in New York and Paris. “Whether they like it or not, in the new environment, luxury brands are also publishers. They will need to find new kinds of information and new ways to deliver it.”

James said “real-time” is poised to be one of the buzzwords of 2010. Suddenly, “the amount of information that marketing and public relations teams can generate is an increasingly small percentage of what is being said,” he said. “And because of the way search engines work, it is the most popular voices that rise to the surface. That’s the power of the blogger.”

He characterized the shift to social media as “just an extension of the democratization of fashion” that has gained momentum in recent years.

Still, the rush of new technology and media is unsettling for brands accustomed to delivering a monologue rather than engaging in dialogue, and imposing large-format images rather than 140-character tweets.

“You have to embrace it and not fear it,” said Antoine Arnault, communications director at Louis Vuitton, which ranked number one in the apparel category in LuxuryLab’s annual ranking of 109 luxury companies according to their online competence, called the Digital IQ Index. “It’s a way of being closer to your customer.”

Arnault is certainly hands-on with digital communication, even tapping out impressions on Twitter last June when he traveled to New York to present Vuitton’s creative director, Marc Jacobs, with the CFDA’s International Award.

“If Kanye West comes in our store on Rodeo Drive, we’re going to Twitter about it,” he said. “[People] want instant information, not only on products but who’s wearing it.”

Yet there are hazards and challenges on the way to online resonance.

For example, using a cocktail party analogy, James said sending out facts and figures about a brand’s heritage on Twitter, as Vuitton does, is tantamount to “announcing your birthday without being asked. It’s not wrong; just not the most comfortable or most interesting thing for everyone else to hear.”

“Online information transmission doesn’t work in the same way as offline: You don’t drop 30 ad spots on a Web site just as you would do on TV,” added Uché Okonkwo, founder and executive director of Paris-based Luxe Corp. “Today’s Web is about exchanges, connecting and dialoguing, and all these things are new to luxury brands.”

Okonkwo said most brands are flummoxed when it comes to evoking desire and “creating a dream” using word-based formats like Twitter. “Using words to create the same effect as a beautiful advert image that makes your heart race with desire is a real challenge, but luxury must learn this additional language.”

Bruno Pavlovsky, president of Chanel fashion, said the firm’s chief mission online is conveying a level of quality and luxury commensurate with its products and retail network. “We need to be able to differentiate ourselves through this new world — and this is the big challenge,” he said. “We are behind this new approach, but we need to keep this high level of excellence.”

Last month, Chanel quietly added a Facebook page to its digital arsenal, which already includes a Web site, iPhone app and podcasts. In March, the French luxury firm plans to spin off the informational component of chanel.com with a dedicated site, chanel-news.com. Its main fashion site already gets an average of 1 million visitors per month.

“The idea is to give all these social networks a location where they can have genuine information about Chanel,” Pavlovsky said, characterizing it partly as an antidote to false rumors and information that might circulate the Web beyond the company’s control. The Chanel news site will be designed to deliver information quickly, with the brand’s international offices equipped to feed into it.

Imran Amed, editor and founder of the Business of Fashion Web site, noted that brands were always discussed in “everyday conversations with and between consumers” and therefore did not ever fully control brand perception. But the difference today is that “official communication through advertising and p.r. is drowned out by online conversation.”

The good news is that “online fans have mostly positive things to say,” he said. “People are passionate about luxury brands, and therefore companies can actively engage with their fans to inspire and nurture positive conversations, while also taking on any criticism as constructive feedback on where they can make changes.”

Marni Salup, founder of The Salup Group, a public relations and digital marketing agency in New York, agreed brands can glean “insight into the psychographic profiles of their customers” by listening and responding to the online conversation.

However, brands can still control how to disseminate crucial information, online or offline. “Where you choose to break your story should really be about your audience and where they get their info, and the value of that media outlet to the brand,” Salup said. “We factor in their target audience, launch time frame, core messages, positioning and overall objectives.”

Vuitton’s Arnault said he considers Porsche and Apple the benchmark companies in terms of digital communication. He noted Vuitton likely tends to diffuse information as news organizations do: a glimpse of it online, and deeper treatments in print and broadcast media.

Agenda Inc.’s James noted the Web’s global reach poses an additional challenge for brands whose image and end consumer vary across geographic regions. “Certain luxury brands represent old-money wealth in some geographies and state-of-the-art bling in others, and they have to negotiate both personalities without becoming schizophrenic,” he explained.

Okonkwo argued a brand’s online presentation, especially its Web site, contributes to ultimate buying decisions. If a Web user reads a positive blog post about Viktor & Rolf or Burberry and is redirected to their Web sites, “I am more likely to make a purchase as they provide a rich, complementary online experience,” she said. “If, on the other hand, I arrive at a Web site where I feel like I’m back to 1995, I will likely make an exit, irrespective of how much I was influenced by the blog post.”

In the past, many brands used interns to oversee “digital media stuff,” whereas now they are staffing up and creating new roles and functions, observers agreed.

“You have to manage many different supports. Today, digital is a lot about technical things and you have to adapt your structure and organization,” noted Chanel’s Pavlovsky. “We are working with Karl [Lagerfeld] and starting to manage the needs better.”

Chanel dedicates roughly 10 percent of its communication spend to digital media, Pavlovsky said, acknowledging it is difficult to measure the direct impact on sales, especially as the firm has no online boutiques. Only fragrance and beauty products are sold online.

Agenda’s James noted the ability to measure the return on investment in social media — whether higher sales, customer retention or brand perception — will be key to its long-term success.

Dolce & Gabbana won lots of publicity for plunking bloggers in the front row of its latest Milan fashion shows, and its online activities include its site Swide.com, YouTube and an ongoing Twitter feed that recently revealed Madonna would appear in next season’s ad campaign.

“[The] Internet allows us to constantly update our consumers and to express our point of view,” said Domenico Dolce. “It’s much faster and instantaneous and allows you to update the information in real time.”

“We’re on many social networks such as Facebook, Google, YouTube, My Space, Twitter and we’re thinking of creating our own,” added Stefano Gabbana. “We work closely with blogs: We keep them updated with our new projects, and in turn we consult them as a source of information.”

Patrizio di Marco, chief executive officer at Gucci, said digital media is a key way of “making luxury younger” and speaking to customers on more intimate and direct terms. “This is very empowering for a luxury brand, especially when you are disciplined in managing it according to your brand values,” he added. “Eighty percent of all our leather goods are still made by hand. That will not change, no matter how many Facebook fans we have.”

“The Internet and social media allow you to add all these extra dimensions,” said Christopher Bailey, chief creative officer of Burberry. For example, when Burberry hosts an event or shoots a campaign or look book, “we capture them in film as well as photo, and we might do an interview with the model we use or play a song from the musician in our campaign when you are looking at the images. [It] gives you a much broader insight into the brand and how we are thinking. You get the emotion behind the clothes because you can elaborate on the story and the people behind it.”

While 2009 has seen a flurry of news coverage about digital media, and plenty of hand-wringing, some observers foresee a cooling-down period. “Over the next two years, it will be about cleaning the information,” said Sojin Lee, founder of London-based lifestyle Web site Fashionair.com. “Social media is not a forced definition, as a brand can define their own.…Fashion still needs to be inspirational. Content needs to be emotional and connect with the consumer.”

While calling social media and savvy online marketing an “amazingly useful tool,” especially for smaller brands, Shelby Meade, founder of Los Angeles-based Fresh and Clean Media, predicted “trusted critics of fashion and trends” will make a comeback as the hubbub around bloggers ebbs. “Like ‘slow food,’ we need to be more open to ‘slow fashion.’ Something well-made and classic is a better purchase than a fast-fashion piece you will be over after two or three wears.”

Agenda Inc.’s James predicted Burberry’s artofthetrench.com site, which depicts real people wearing trenchcoats and offering a forum for opinions about them, is likely to be duplicated by other brands and become “the exciting idea of the day,” just as pop-up shops were in 2009.

He also predicted Foursquare, which essentially mixes social media and GPS technology to sell things to people as they move around, “is going to be the one fashion brands jump on” in 2010, likely more so than Google Wave, which combines elements of e-mail, live chat and Wiki documents.

Still, he urged, “Brands should not be chasing media; they should be creating information to share.”