MSGM creative director Massimo Giorgetti staged a rave party under the snow for his men’s fall unveiling; Matthew Williams re-created the atmosphere of a techno concert for Givenchy’s digital presentation, and GCDS presented a club-ready lineup with a trippy mood. Meanwhile, in Paris, Coperni brought its guests to the AccorHotels Arena to assist with a parade of club gear featuring techno music as a soundtrack, while newly appointed artistic director Nicolas Di Felice celebrated club culture with his fall collection for Courrèges.

These are just a few examples of the significant, ongoing influence of rave and clubbing culture in the collections presented by a range of fashion houses a year after the breakout of the COVID-19 pandemic, which shook the world, imposed restrictions on individual freedom and asked people to rethink their personal and professional lifestyles.

Escapism had already emerged as a theme in the spring 2021 collections presented last fall as the pandemic raged on. However, if then it was expressed more as sweet nostalgia and the desire for reassurance, a season later, escapism had a harder edge, more subversive in a way and surely more proactive.

“I think the lack of freedom has gone on longer than anyone expected and the novelty of being able to work from home, wear what you like all day and be free of the constraints of ‘the office’ have worn off. People are excited about the return of freedom, meeting others, seeing and being seen. I would expect there to be a rush to engage with the world at large whether that’s through clothing or socially (eating, drinking, clubbing, etc.),” said Professor Carolyn Mair, behavioral psychologist, PhD, author of “The Psychology of Fashion” and founder of Psychology.fashion. “Fashion reflects the zeitgeist. Uninterrupted music and dancing with a lot of other people over a period of time enables us to lose ourselves in the moment. It takes us away from our thoughts outside the rave. It’s akin to listening to an audiobook or reading a book and loosing yourself entirely in the story. This escapism takes our attention away from everyday concerns and responsibilities to focus only on the moment.” 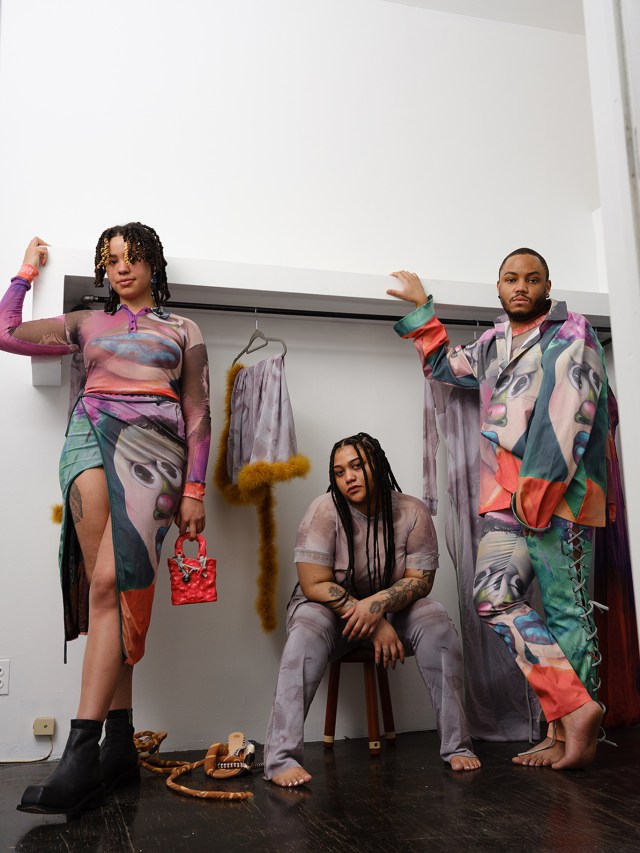 Doris Domoszlai, fashion historian and cofounder of Fashion Forward, a New York-based fashion think tank, also believes that fashion’s new desire for escapism is strongly connected to the lack of freedom we are all experiencing.

“With the world now living through year two of the COVID-19 pandemic, I’m not surprised that many designers have turned to escapism to express their frustrations and hope for the future,” said Domoszlai. “The outdoors and rave culture make sense as venues of escape: they’re literally outside and away, and far more exciting than the closed spaces that we’ve found ourselves in for the past year.”

In particular, Domoszlai reflected on some of the digital shows presented during the fall 2021 fashion weeks.

“Givenchy presented an exciting collection in the kind of warehouse that’s an ode to both the infamous acid raves of the ’90s and also the illegal raves rule breakers have been hosting during the pandemic. The electronic music to which the show is set emphasizes the urgency to escape this dystopian reality,” said Domoszlai, who also drew a link between the GCDS digital presentation and early Aughts’ Millennium Bag and the fear of a digitalized unknown future. “Referencing the infamous scene in ‘The Matrix’ — when the main character Neo chooses to eat a red pill that exposes the cold, hard reality that he’s been blind to — a model eats a red hard candy and literally exposes viewers to a collection that represents the current pandemic-plagued reality that we are living through. Taking place in various outdoor scenes, the GCDS collection is an escape to both the future as it was seen in the past, as well as to all the potential places we can go to get away from our long-term quarantine.”

In addition, Domoszlai spotlighted the digital presentation of Ottolinger, which channeled escapism in an outdoor perspective.

“In their digital presentation, they transport the viewer to an unnamed, futuristic, rocky landscape. This scene, and the activewear-inspired clothing shown within it, simultaneously demonstrate the designers’ need to escape the confines of the closed spaces to which many were relegated because of COVID-19, and the feeling of being lost in uncharted territory as a result of it all,” she said. “The last few words of the soundtrack are very telling. The narrator describes the setting as ‘formerly known as somewhere, now known as nowhere,’ summarizing the disconnect the brand’s designers feel with the world today.”

An interesting fact related to how designers are interpreting escapism is the aforementioned switch from a sugar-coated type of nostalgia seen for the spring collections to the darker, more introspective and probably more rebellious vibe seen for fall.

“Nostalgia is an interesting construct. It is defined as a bittersweet emotion, yet fashion tends to think of it only as ‘sweet.’ When we look back, we do often see the past in a positive light, wishing for the return of a past when things were perceived of as better than they are now. But perception is selective and what we ‘see’ is not all there is,” Mair explained. “The idea of nostalgia triggering positive memories has come about in part through studies in which participants were asked to remember something positive in the past, but more recent studies have led to a different definition. Researchers found that when participants were given an artifact from the past, rather than when they were asked to recall a positive event form the past, it triggered a negative emotion. In sum, nostalgia, like all other psychological constructs, is more complex than it appears on the surface.” 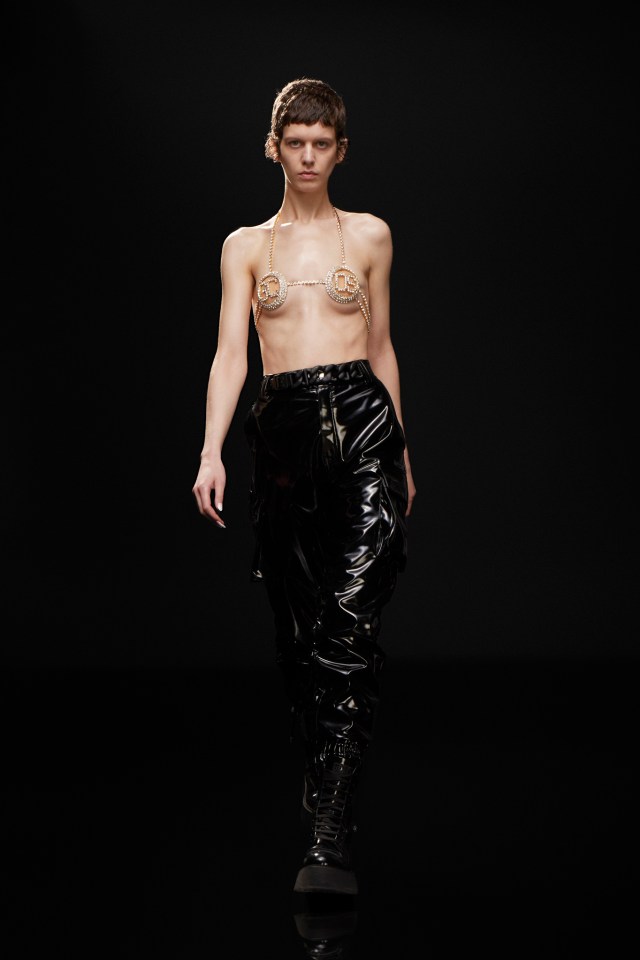 In particular, Riello pointed out how, after World War II, Christian Dior evoked 19th-century fashion with the launch of the New Look in 1947. But how only a few years later, in the early ’50s, Italian designers proposed a new, more practical and unfussy take on fashion. “I believe that the nostalgic vision is transitory, especially because it normally refers to a vision of the past that in most of the case is not real,” said Riello.

The professor also created a parallel between the global situation during the pandemic, when people are indulging in comfort clothing as they work from home and are restricted in going out, with what happened after World War I.

“Coco Chanel opened her first store in 1913 before the war and with her creations she contributed to developing a more informal and more practical idea of elegant dressing,” Riello said. “However, a few years after the end of World War I, the Roaring Twenties came and they brought a new wave of excess and eccentricity.”

It is a point made by many others, from designers to retailers to financial analysts. With the trillions of dollars pumping through the global financial system, and consumers having spent the last year mainly at home with little chance to spend on travel or restaurants, predictions are that the end of the COVID-19 pandemic will see another ‘Roaring Twenties’ over the next decade. Fashion already is reflecting that for fall, with many designers creating exuberant collections perfect for dressing up to go to a party.

Riello explained that something similar happened after the French Revolution, during the French Directory, when members of Paris’ aristocratic subculture responded to the austerity and terror of the recent past by indulging in luxury and decadence. Called the Incroyables e les Merveilleuses, these men and women welcomed the new regime with hundreds of balls where they used to wear see-through dresses inspired by the ancient Greeks and Romans or wide trousers and huge neckties, bold wigs and giant hats, as well as sandals with ribbons to wrap around the legs.

But why do these different creative responses happen? Because, according to Mair, creativity is a complex construct.

“People we consider, or who consider themselves to be, creative may react to crises and emergencies in many different ways. Nevertheless, crises and emergencies demand the ability to think quickly to produce novel solutions that work. To do this, people need to take new and diverse perspectives to join concepts in novel ways. Not everyone has a natural ability to do this, we need to move away from the idea that creativity resides in the fingertips,” she said. “Creativity is a brain process and so in order to be creative, particularly in times of crisis or emergency, we need to be alert to changes in the situation, to be problem identifiers rather than problem solvers, be able to make good decisions quickly, have good communication, teamwork and leadership skills as well as the ability to stay calm and alert simultaneously.

“To answer the question, creative minds tend to react to crisis and emergencies calmly and decisively, drawing on a range of people they know to be creative thinkers also. They tolerate ambiguity and understand that the best they can hope for in the short term is to find the optimal solution. This will not be the only solution or even the best one possible. Once the crisis or emergency has passed, they review the processes to learn from them so they don’t repeat mistakes in future.”

What Has COVID-19 Really Been Like for the Retail Store Employee?

How Six Female Entrepreneurs Found Success During the COVID-19 Pandemic