Dolce & Gabbana solicited customer feedback via YouTube, and Giuseppi Zanotti has conceived a boot that lights up in various colors selected by the wearer.

By Katya Foreman and Andrew Roberts on December 15, 2009
View Slideshow 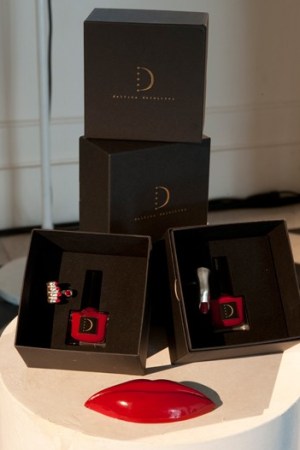 PARIS — If fashion designers have come down from their ivory towers, consumers are surely on their way up.

An array of European brands is conscripting consumers as never before, inviting them to give input into the design process with a bewildering choice of customization options and bespoke services.

Take Italian designers Domenico Dolce and Stefano Gabbana, who solicited customer feedback via YouTube in the run-up to their spring show. “It is a new way of communicating; it’s incredible. We also asked questions: ‘Do you prefer black or white? High or low heels?’ It’s a kind of forum,” said Gabbana, describing how it has opened up a dialogue with consumers. “There are so many requests. One may even ask me for a dress with stars printed on it, but in the end I am the one who decides,” he said.

Or consider Miuccia Prada, who in September inaugurated her first store dedicated to made-to-measure. The unit on Corso Venezia has five jeans styles that can be produced in 14 fabrics and 22 washes and stitched with any color of thread. Customers can also design their own quilted down jackets and personalize accessories and T-shirts.

“This type of request comes from the people, from our customers because there’s a mania, a trend to have something personalized, that stands out,” she said. “This is what wealthy people want these days because it’s viewed as a way to distinguish themselves.”

Concetta Lanciaux, principal of Switzerland-based Strategy Luxury Advisors, views the attention to customers as “a revolution” for the industry.

“We’ve never really asked, ‘What does the customer need?’….In fashion we’ve not paid much attention to size and fit. These things that seemed minor before will become central for people,” she said. “Right now, companies are shifting publicity budgets and are doing a lot of store animations. There’s a clear shift.…People are also insecure right now, and we have to take care of them.”

Observers agreed the herd mentality in fashion is ebbing, as more discerning consumers seek refuge from a flood of standardized, masstige products.

“Fashion has become a production line dealing in huge volumes. This is the antithesis of that,” said British designer Anya Hindmarch, who recently introduced a bespoke leather goods collection.

The logistics for custom-order goods are “fantastically difficult to control,” she conceded. But it’s paying back, saying reaction to her new service has been “beyond, beyond, beyond” expectations. Meanwhile, the designer has to date sold some 60,000 Anya Hindmarch Be a Bags, featuring personal photos chosen by customers.

Consumers are taking part in design in a variety of ways, from embossing messages on items to choosing fabrics from swatch books. Channeling the zeitgeist, jewelry designer Delfina Delettrez has introduced a fun kit that packages hand- and finger-shaped silver rings with bottles of nail varnish to paint the nails with.

In some cases, high-profile customers get to road test products.

While at the Paris shows, hip New York DJ Leigh Lezark disclosed she was recently tapped by Chanel to do that as part of a “friends of Chanel” posse, which included Caroline Sieber and Poppy Delevigne. “I test out product before it hits stores, and give my opinion and what I love about it,” said Lezark.

To be sure, technological innovations are also helping to open up horizons for customers to control the look of their clothes and accessories.

For example, footwear designer Giuseppe Zanotti has conceived a battery-operated LED fiber-optic booty that enables the wearer to control a rotating “playlist of colors” that glow through perforated motifs in the leather.

“It’s one shoe, but you can create your atmosphere according to your mood — it’s color therapy,” Zanotti said of the design, which was released last month. Pop star Rihanna has already ordered one, he added.

Consumer input has its limits, however. Most brands will only accommodate custom designs that reflect their brand’s ethos and DNA. When Paris leather goods firm Corto Moltedo received renderings from a Dubai-based chef for a custom-made bag resembling a crock pot, the request was declined, for instance. “Some things you don’t want to put your name on,” said a spokesman.

Bespoke has become a popular marketing tool for sneaker giants and has long been a tradition for the leather goods giants like Hermès and Louis Vuitton. But outside of the couture realm it’s a relatively new development for fashion brands, observers agreed.

Among recent initiatives, Roberto Cavalli in July inaugurated a made-to-measure service, proposing handmade dresses in a private space above the Rue Saint-Honoré store, while in September, Azzaro launched its “Azzaro Couture” concept offering 12 “star” frocks for customers to customize. The Paris-based label E2 has also introduced a service where customers can pick from a line of tops and dresses and have them made out of their own vintage scarves.

Acting as a platform for emerging design talent, meanwhile, fledgling British label Beta Fashion produces limited edition capsule lines based on designs submitted by members of its online community, selected via ongoing competitions on the brand’s Web site. The site has two competition sections, one for prints that, if selected, are applied to a line of standard Beta Fashion silhouettes, and one for capsule collections of three to five looks. Founder Joseph Nigoghossian, a Central Saint Martins graduate, likened the initiative to opening up a fashion studio to the world. “From my experience, brands need a figurehead to give a company structure, but the creation then gets passed down a chain of designers,” said Nigoghossian. “We’re giving everyone the chance to become part of our creative team.” Each winning design receives a cash prize and is fully credited, with to a link to the designer’s portfolio.

For established brands, intimate trunk shows, where customers can handpick the ingredients of their designs, are on the rise, meanwhile. It’s a service more and more of the big European houses are keen to offer, retailers said.

Rebecca Saville, personal shopping manager for Harvey Nichols’ Knightsbridge store, said Lanvin recently held trunk shows at the retailer’s Edinburgh, Manchester, Leeds and Knightsbridge locations where VIP customers got to try sample-size pieces from the current fall season and select fabrics from swatch books. Prices were in keeping with standard Lanvin prices, according to Saville, who cited a “great reaction” from top-spending clients seeking exclusive looks for events. “They see it as demi-couture. We liaise directly with the Lanvin showroom in Paris. It’s shopping at the very highest luxury level,” she said.

Similarly, in June, Corto Moltedo invited a select few to its Paris flagship to custom order pieces from its next collection. “We have been super personalizing orders. One [recent] customer even wanted her finger prints embossed on her bag,” said founder Gabriele Moltedo. Another wanted a photo pocket added to her bag to carry an image of her son.

Lisa Montague, Loewe’s newly appointed chief executive officer, said the Spanish brand plans to hold more private events for bespoke orders, a service that has grown a lot over the past year. “It’s an exclusive way of shopping….There seems to be growing demand for a point of difference and craftsmanship is a validation of that; you can only offer it if you have the level of skill,” she said. “These days it’s about the ritual of the brand and bespoke is part of that. But it’s about blending artisanal skill with modern technology that allows one to deliver in two weeks.”

Maurice Ohayon, owner and designer of French denim label Notify, is out to revolutionize the made-to-measure arena, meanwhile. With two state-of-the-art Atelier Notify centers due to open next fall in Paris and Milan, designed by Zaha Hadid and Ron Arad, respectively, Ohayon’s concept will allow customers to design and oversee the fabrication of a pair of jeans on site from scratch, and from start to finish. A New York atelier will likely follow, he said.

On-site will be a small team of technicians to accompany clients, specializing in pattern-cutting, fabric, dyeing, wash and fit. Customers will be added to a waiting list, with prices reflecting regular production costs.

“Here we’re not talking about a classic made-to-measure counter where you choose your buttons and fabric and then — stop — nothing else is done in front of you. This will be like going into a garage to see your car be made; seeing the sweat and steam that goes into its production,” said Ohayon, who views the concept as a window for showcasing the brand’s savoir-faire and an opportunity for exchange, a “laboratory of ideas,” whether fulfilling the wildest fantasies of a fashion student or brainstorming solutions for unconventional body types.

As a brand that counts Stella McCartney and Karl Lagerfeld among past collaborations, here the customer will get the star treatment. “I want no body racism or price barriers,” continued Ohayon. “Here everyone will be considered a Naomi Campbell or Charlotte Gainsbourg.”