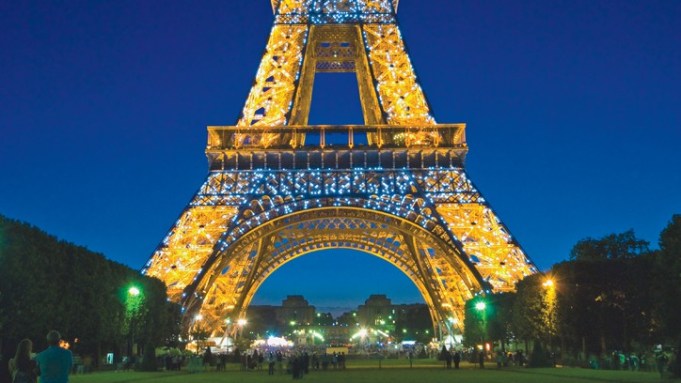 While all the hubbub so far has been about Fashion’s Night Out in New York on Sept. 10, the event is a global one, stretching from Los Angeles to Tokyo, London to Sydney. And unlike last September, when each city held its event on the same evening, this year Fashion’s Night Out takes place on different nights. Here, a roundup of some of the events taking place in cities outside New York:

Around 60 stores will participate in Paris’s event on Sept. 7. Participating stores are based in the “golden triangle” in the city’s eighth arrondissement, encompassing Avenue Montaigne, Rue François 1er, Avenue George V and Avenue Franklin-Roosevelt.

• Christian Dior: Plastic specs will be the hot accessory at Dior’s Avenue Montaigne headquarters, where a 3-D film of the house’s fall 2010 couture show will be screened. John Galliano has also designed a collage for the windows, while Béatrice Ardisson will DJ.

• Marni: Limited edition doll-motif PVC cushions will be among the products on offer at Marni’s Avenue Montaigne site, including a design by French artist Claude Caillol.

• By Marie: By Marie designer Marie Gas will host a special performance by French musician Milkymee at the brand’s Avenue George V boutique.

• Manoush: Balloon shapers, giant bubbles, clowns and a performance by Rona Hartner will figure among Manoush’s circus-themed lineup for its Avenue Montaigne store.

The city holds its event on Sept. 8

• Matthew Williamson: The designer and a yet-to-be-revealed celebrity will team with Mayfair’s Momo restaurant, converting the shop into a Moroccan-themed souk with North African-inspired canapes, drinks and entertainment. Shoppers can enter a competition to win front-row tickets to Williamson’s Spring 2011 show at London Fashion Week in September.

• Browns: The retailer will launch Shop 24, a new concept store dedicated to wardrobe staples. The boutique is located in a Browns unit on South Molton Street that currently houses women’s wear. Browns said the store will carry “basics with a fashion twist,” such as cashmere camel coats, polo neck sweaters, skinny pants and oversize white shirts. The store will launch on Fashion’s Night Out with a back-to-school theme, when Browns will offer customers classes in subjects such as art, fashion, food and music.

• Rupert Sanderson: His Bruton Place store will be transformed into a dance floor, where customers can learn to ballroom dance wearing his fall collection heels while a pianist plays the grand piano.

• Solange Azagury-Partridge: Popcorn will be served to customers at her Mayfair store. Three popcorn boxes will also have the designer’s Hot Lips ring hidden inside.

• Manolo Blahnik: Champagne, chocolate and autographed heels can be found at his Old Church Street store. Later the designer will hop across town to Liberty’s “World of Manolo” area. The department store will also have psychic Susie Johns on hand to give readings.

• Burberry: An acoustic set will be played by a yet-to-be-confirmed emerging British music talent. There will also be a chance to win tickets to the Burberry Prorsum spring 2011 show.

• Selfridges: The department store will launch both Mulberry’s new boutique and Lily Allen’s Lucy in Disguise clothing label in its Wonder Room concept store. Elsewhere, cosmetics brand Bare Escentuals will give dating advice, while designers Peter Pilotto and Christopher De Vos of the Peter Pilotto label will be in conversation with journalist Vassi Chamberlain.

These will take place Sept. 9.

• Bally: The boutique will host a cocktail party to celebrate a footwear collection designed for Bally by Central Saint Martins students.

• Bulgari: The new fragrance Bulgari Man will be launched during a cocktail party at the store.

• Dodoi Temporary Store: Tattoo and makeup artists will provide customers with temporary tattoos shaped as some of the most popular Dodo charms by Pomellato.

• Hermès: Shop windows set up by fashion design students from the Polytechnic Institute of Milan will be revealed during a cocktail party.

• Montblanc: A graphoanalyst will study the handwriting of customers, who will have a chance to test the new Mark Twain Limited Edition pen.

• Omega: The store will stage a photo set where people will be invited to play the role of George Clooney in the Monocle campaign.

• Stella McCartney: A photographer will shoot Polaroids of the customers wearing looks from the fall collection. An online mini look book will be realized collecting the shots.

The city’s retailers will hold their Fashion’s Night Out events on Sept. 9 with a kickoff hosted by Vogue editor in chief Kirstie Clements and Lord Mayor Clover Moore, joined by designers, heads of luxury brands, department and high street stores, models, brand ambassadors, Vogue photographers and hair and makeup artists.

• Rodeo Drive will have food trucks lining the street and a four-story Ferris wheel on the 200 block. Among the highlights: Samuel L. Jackson hosting an exhibition of his red-carpet outfits at Armani; manicures at Chanel with colors created by the brand’s global creative director Peter Philips; Tod’s unveiling a limited edition version of its G-Bag; artists doing custom work at Mikimoto and Coach; Tiffany & Co., Chopard and Bally previewing new collections, and Valentino throwing a casino night.

The Japanese capital will hold events on Sept. 11, including:

• New Balance: The manufacturer will host a night run through the city.

• Hermès: The brand will open a pop-up shop for scarves at Omotesando Hills mall.