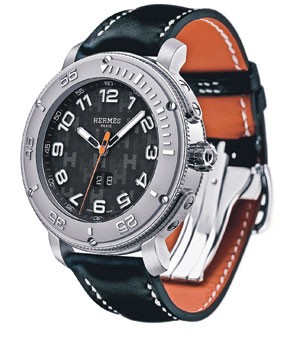 The high-end Swiss watch industry seems to be isolated from the economic storm.

Executives at the Baselworld watch fair in Basel, Switzerland, and the Salon International de la Haute Horlogerie show in Geneva said business remains red hot, thanks to thirsty luxury customers in emerging markets such as Russia and China. This high energy comes despite economic woes stemming from record-high energy prices around the world and a lagging U.S. market.

While the weak dollar is putting pressure on prices and consumer spending, the U.S. market has continued to deliver solid growth, particularly in the higher-price echelons, executives said. But that’s not to say industry leaders feel worry free. Challenges loom, from the skyrocketing price of gold to the diving value of the dollar against the Swiss franc and the euro.

Many marquee names already have started to allocate product away from America to other markets where currency rates allow for more profits. Watchmakers reluctantly admit they have had to hike prices about 10 percent already this year to compensate for the poor dollar value and increased material costs, cutting into U.S. retailers’ margins.

“There are no keystone brands today,” said Andrew Block, senior vice president of marketing at Tourneau, referring to the industry pricing practice of doubling the wholesale price to make the retail price.

An upbeat mood prevailed at the shows, with the high-end going strong and demand far outstripping supply. But the supply-demand ratio often depends on the exclusivity of the brand. A top-tier brand like Patek Philippe produces 28,000 mechanical watches a year and has years-long waiting lists on some models. Jaeger-LeCoultre produces some 50,000 pieces a year, while Rolex is believed to make as many as 900,000 timepieces a year.

Watches in the high six figures are no longer rare. Complications are de rigueur, diamonds are requisite, faces have become more intricately decorated and technical materials like titanium that are harder for less-expensive brands to emulate, have proliferated. In short, it’s a more-is-more moment for Swiss watchmakers.

“A diamond watch doesn’t sit in our shop more than a week,” said Francois-Henry Bennahmias, chief executive officer of North America for Audemars Piguet, which hopes to sell 3,700 pieces in the U.S. this year out of the brand’s total worldwide production of around 29,000.

Emerging markets topped everyone’s agenda. Most brands continue to charge into China, Taiwan and Macau. Equally impressive results were reported for Russia and the former Soviet bloc countries. Dubai and elsewhere in the Middle East, from Bahrain to Saudi Arabia, remain equally ebullient.

“If I see cranes when I look out of my hotel window, then I know I’m in the right place to do business,” said Bernard Fornas, ceo of Cartier International, which recently opened a Cartier store in Baku, Azerbaijan, and is opening another seven boutiques in mainland China this year.

“When you come back from these emerging markets, your morale soars,” said Fornas, who reported that despite a “slight” cooling in demand in the U.S., business remains bright. “The game is different today than in 2001. [Emerging markets] are our shock absorbers.”

“They are interested in luxury,” he said. “Russia is equally satisfying.”

Movado Group Inc. ceo Efraim Grinberg said while the U.S. has become more challenging, “The rest of the world is going very well. And there’s less slowdown in the United States in the high end.”

Almost every brand this year moved another notch upscale. Most major players launched limited edition styles. Brands seemed to be competing among themselves for who could deliver the most complicated piece, whether it was Zenith, with its so-called zero gravity tourbillon, or de Grisogono with its mechanical digital watch.

Retailers said the more expensive the watch, the better.

“The high end is doing great,” said Mark Udell, owner of London Jewelers, who said his store’s most expensive watch sale this year topped $500,000. “The problem with the high end is that you can’t get enough.”

“Our unit sales are flat,” said Block at Tourneau. “But our dollar sales are increasing. If the watch isn’t expensive, it doesn’t sell.”

Representative of the lusty demand for the most complicated high horology pieces, Cartier is opening ateliers this year in Geneva dedicated to producing more sophisticated creations, such as the flying tourbillon Ballon Bleu that it introduced this year to great acclaim.

Rolex rolled out more extraordinary pieces, such as the Deepsea Sea Dweller, that has been developed to be waterproof at the extreme depth of 12,800 feet. Montblanc continued to climb upscale by showing its first in-house movement alongside other sophisticated high horology pieces that included a moon phase automatic women’s watch.

Complicated watches for women continued to gain momentum among major brands. There were minute repeaters — a complication invented in the 18th century to allow someone to tell time in the dark through a series of chimes — moonphases and tourbillons, a device invented to compensate for the effect of gravity on time, all tricked out with diamonds, rubies and emeralds. Harry Winston did a moonphase dazzling with diamonds.

Piaget also offered a handful of complicated watches for women, including a tourbillon on a flywheel that is inspired by the cityscapes of Paris and New York.

While men’s-sized watches for women, often with a chronograph, continued to be a key trend, this year also marked the return of smaller cocktail watches. Chanel launched a revamped version of its Premiere cocktail watch and Ebel revisited its Beluga line for women. Bedat & Co. offered a new oval cocktail watch called No. 2 and Omega introduced a new version of the Constellation for women.

“There remains a market for small watches for women,” said William Devine, ceo of Bedat & Co.

Faces of women’s watches have become more ornate, whether they detailed with guillochet, enameled or dappled with precious stones. Breguet offered a watch with a hand-painted cameo face carved from a seashell.

“We are selling art,” said Nicolas G. Hayek, chairman and founder of Swatch Group. “There is no slowdown in the art market.”

Even fashion brands encroached on the ultraexpensive segment. Versace launched a made-to-order watch dripping with diamonds that costs 140,000 euros, or $220,800 at current rates of exchange. Donatella Versace said three have been sold so far. Roberto Cavalli introduced a more expensive line called Diamond Time and Dior created a diamond-encrusted tourbillon watch that costs $475,000.

Other fashion brands that entered the arena included John Galliano, Ferragamo and Valentino, the latter two done in partnership with Timex.

Hermès introduced its first exclusive movement, made by Vaucher, in which the Paris luxury house controls a stake. Hermès also launched a series of limited edition pieces with prices that edged into the hundreds of thousands of dollars.

Many of the men’s watches were so big they looked to be on steroids. But with more complications packed into watches, the trend doesn’t seem ready to abate soon.

With so many watches reaching six figures it seemed there was little ceiling on how high prices could climb.

“We’re reacting to the market demand,” he said. “There is no sign of a recession for us.”

“We’ve sold several very expensive pieces in the United States, which was a surprise,” he said.

At Concorde, which introduced an eye-catching chronograph, the last couple of years have seen the brand’s average price grow from $3,500 to $12,000 today.

Karl-Friedrich Scheufele, president of Chopard, said the most expensive watch his firm sold in the last months was a diamond-encrusted tourbillon that topped $1.5 million.

“Luxury is about feeling different,” said Thierry Nataf, ceo of Zenith, who reported that the LVMH-owned brand’s sales in the U.S. increased 35 percent in dollar value in the first three months of the year.

Audemars Piguet, however, may outdo everyone in the price war next year. The company is preparing an $18 million timepiece that it plans to introduce when it inaugurates a store in Las Vegas planned for 2009.

The company launched what it calls a poetic complication for men, with a watch that shows the changing nighttime sky over Paris’ Place Vendôme. The company has been asked to customize the watch to represent the stars over different locales around the world.

Retailers have started to ask companies for customized watches along the lines that some department stores ask fashion brands to create special items exclusively for their store.

London Jewelers, for example, is codesigning a watch with Hublot that will only be sold in its boutique, underscoring another twist in the exclusivity game, which has become the cornerstone of the Swiss watch industry. London Jewelers is also doing a customized version of Van Cleef’s starscape watch.

The number of ultraexpensive niche brands continued to proliferate and thrive, as well, from Richard Mille, who introduced a homage to Boucheron that garnered incredible attention, to the likes of Jean Dunand, Greubel Forsey and Urwerk, all of which make fewer than 100 pieces a year, which sell in the six figures.

A notable newcomer to that game was the Maîtres du Temps, a collaborative project between powerhouse watchmakers Roger Dubuis, Peter Speake-Marin and Christophe Claret. Their $400,000 creation will be limited to 33 pieces. Waiting lists are filling fast.