China’s answer to Opening Ceremony has opened a new shop focused on Chinese designers, moving away from foreign brands as consumer habits change. 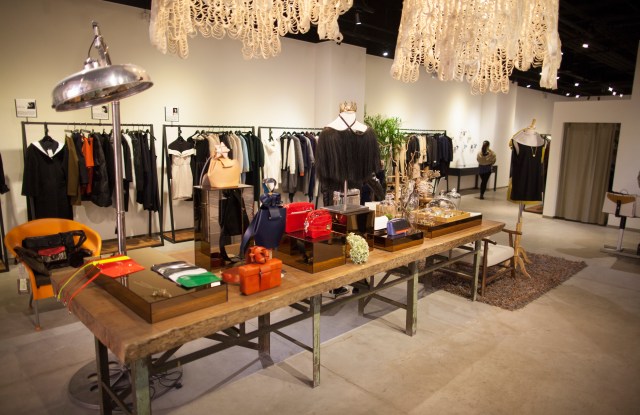 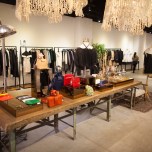 “They buy foreign brands abroad for cheaper and are now more selective about where they spend their money [in China],” Fei Space’s general manager Norma Zhang said at the retailer’s new 1,937-square-foot shop inside The Grand Summit mall. The store opened in October as a complement to Fei Space’s original outpost in Beijing’s 798 Art Zone, which stocks edgy British labels such as House of Holland and Hussein Chalayan.

Observing how much her clients shopped abroad, Zhang said she decided to abandon buying expensive foreign labels to cut down on costs, which often left the first shop with little cash flow. The new store is operating mainly on consignment, housing Chinese designers whose creations are not available abroad.

Nearby, shopper Lisa Liu roams the shop and spends 22,000 renminbi, or $3,417 at current exchange, on two coats from Woolmark prize finalist VMajor and a shirt from avant-garde designer Bai Peng.

“I used to follow the big brands, but nowadays, I try to focus on Chinese designers. I just discovered these items by chance, but it’s nice to mix and match with my big label wardrobe,” the Gucci-loving Liu said. “If I wanted to buy the big brands, I’ll travel abroad to buy them,” she continued, wearing her new caramel-colored VMajor coat as she left the store.

Liu is one of more than 100 million Chinese tourists who traveled abroad in 2014 and this number is expected to reach 242 million by 2024, according to HSBC.

“The designers we have understand the East and West,” Zhang said, noting how many independent Chinese designers have studied fashion abroad, creating designs that transcend borders. “For us, it’s important the designers we stock are making quality clothes that are classic and elegant with a bit of edge,” Zhang said.

The new Fei Space houses everything from clothing and jewelry to home accessories. Zhang points to her favorite designers such as VMajor, whose sharp cuts and interesting use of wool, is a top seller. Another of her picks is new, contemporary label Rerasing by designer Meng Xiangpan. Haute Couture designer Elysée Yang offers feminine evening wear that is fringy, girly and chic.

Moving over to accessories, jewelry brand Yvmin’s simple, yet futuristic accessories is another store favorite. And Zhang was particularly enthusiastic about Tatyana Yan’s bold and eccentric jewelry using beads and Swarovski crystals.