The Italian company will donate 2.5 million euros to restore the site, where it will show its couture collection on July 4.

MILAN — Fendi is further strengthening its ties with Rome by holding its couture show on July 4 at the Temple of Venus and Rome, and by pledging to donate 2.5 million euros to restore the site.

The evening show will be followed by a dinner event a short walk away at the Vigna Barberini on the Palatine Hill, one of the most ancient parts of the city, where the Italian capital is said to have been founded.

The show will also pay homage to Karl Lagerfeld with a collection, named “The Dawn of Romanity,” comprising 54 looks — one for each year of the designer at Fendi.

“The location is wonderful, I like it very much because it is one of the seven hills of Rome, the most antique, where Romolo and Remo are believed to have set up the city,” said Silvia Venturini Fendi. “We wanted to go to the roots of Fendi and to the roots of Rome. There is no other place that is more fitting.” The designer said the project and the location had been outlined with Lagerfeld. “We shared this idea, we thought it was interesting to highlight where it all began for the city.” The Temple is thought to have been the largest in the city and is positioned opposite the main entrance to the Colosseum.

Venturini Fendi said that just as France adopted Lagerfeld, Rome was also home to the designer over the 54 years working with Fendi. “He had an ongoing relationship with the city, which always gave him a sense of freedom. He enjoyed walking around the streets. He could do this more in Rome than in Paris because people would let him be here. Romans are hardly surprised, they have seen everything, they are used to [celebrities and to history with a capital h].”

Without giving away too much of the show, expected to accommodate 600 guests, the designer said Fendi plans to “respect the context, with a 360-degree view over Rome. It’s a location that embraces the whole city, you dominate it,” she said. 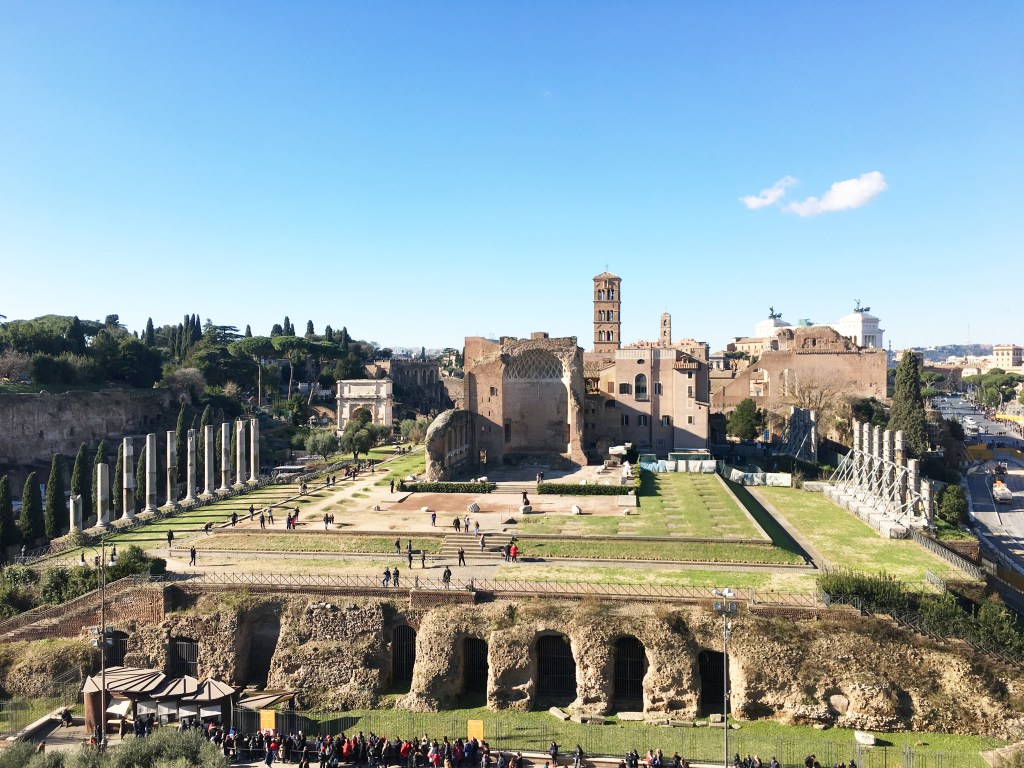 The Temple of Venus and Rome  courtesy image

The designs are all new, conceived by Venturini Fendi and her team, but are bound to show references to Lagerfeld’s body of work, she said. “We want to return to the roots of Fendi, it’s our history, but it will be interesting to understand how the brand has evolved around Karl and how it will continue in the same spirit. He would never have wanted a collection that looked to the past, but he has always been part of Fendi and he will be part of it forever.  The inheritance he left us is enormous, the team is the same and so am I — the future is vivacious.”

To this point and responding to a question that has been hanging over Fendi since Lagerfeld died last February, chairman and chief executive officer Serge Brunschwig said “there will be no announcement” regarding the creative direction of the brand. “Silvia and her team, we work in the sign of continuity.”

Echoing Venturini Fendi, Brunschwig was equally upbeat about the choice of showing in Rome. “There should be a celebration in Rome, also to underscore the link between Karl and the city. He was in love with Rome, he was very much inspired by it and he would take pictures around the city. We were planning together this beautiful show with Karl, and it’s super important to continue the story that started with him,” said the executive, who together with Venturini Fendi attended the memorial held in Paris last week that paid tribute to Lagerfeld. “We are thinking about tomorrow as if he were here with us. And to be at the Palatino is fantastic — it symbolizes the roots and the source of the city.”

Brunschwig, who revealed the amount that will help restore the Temple over a period of between two and three years, said the company was “super happy to commit. This is a very important moment in the life of Fendi, which reaffirms the ties to Rome.”

Fendi also plans to “give back” to the city, said Brunschwig, by exhibiting the couture collection for a week at Fendi’s headquarters in Palazzo della Civiltà, starting July 5. “It will be open to the public, we like to have a dialogue with the Romans. The space we occupy belongs to everyone and the ground floor is open — we are proud to show our know how, hard work and creativity,” Venturini Fendi said.

Fendi has shown its love for the city also through the restoration of the Trevi Fountain, which began in 2013 and was completed in 2015 — followed by a couture show held at that location in 2016.

The company has also been investing in the Fendi for Fountains project includes the restoration of the complex of the “Four Fountains,” preserving the fountains del Gianicolo, del Mosè, del Ninfeo del Pincio and del Peschiera, which started earlier this month.

Brunschwig said the couture show will return to Paris next year.