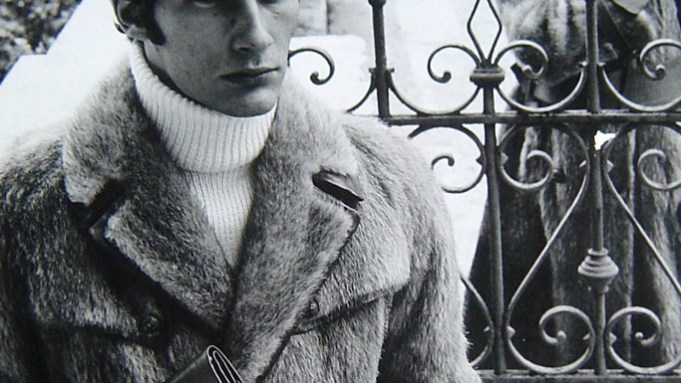 MILAN — Seizing on its legacy in fur, Fendi plans to join the couture calendar and stage a “haute fourrure” show in Paris on July 8.

The event coincides with Karl Lagerfeld’s 50th anniversary designing furs and ready-to-wear for the Roman house, putting him in the unique position of staging two couture shows in the French capital. The German designer is also the couturier at Chanel.

“For me, fur is Fendi and Fendi is fur,” said Lagerfeld, noting he channels the “Italian version” of his creativity into his work for the brand, owned by French luxury group LVMH Moët Hennessy Louis Vuitton.

“It reinforces the tradition, magnifies our savoir faire, and it gives us a chance to experiment, as couture is a platform for experimentation,” Pietro Beccari, Fendi chairman and chief executive officer, said in an interview here on Thursday. “Haute fourrure will set a differentiation between Fendi fur and the rest.”

He noted Fendi already sells made-to-order and custom-made furs, and has recently expanded its atelier to meet demand, and prepare for the launch into high-fashion furs, which will not be available in boutiques.

Beccari said the collection would travel to other cities for order taking, as other couture houses do, with Fendi’s stops including London, Monaco, Tokyo, Seoul, New York and Hong Kong.

The executive noted that Hong Kongese rank as Fendi’s number-one fur clientele, with Japanese, Koreans, Russians, Americans and Brits among other top nationalities.

He said prices for the couture furs have yet to be set, as the collection is still in progress.

“People are willing to invest in a Fendi fur because they know it is produced by the best hands in the market,” he said.

Fendi boasts about 40 full-time employees in its fur atelier with a combined work experience of more than 600 years. Some rare artisans continue to work beyond their retirement years, and there are also some father-son and father-daughter tandems.

All of Fendi’s products are produced in Italy, and Beccari is keen to perpetuate its savoir faire, which involves a lengthy apprenticeship.

“To learn to cut a fur, we’re talking about close to 10 years before you can approach precious skins,” he said, likening the rare expertise to diamond cutting.

Beccari declined to discuss numbers or give a breakdown of the business, though it is understood leather goods, as is the case for most big European luxury brands, represents Fendi’s biggest category.

He characterized fur as a “significant business,” noting “all categories are growing for us, and fur with it.”

Fendi procures all its furs internally, attending auctions in Finland, Russia, Ukraine and Canada. “Nobody has this integrated chain,” Beccari asserted.

Fendi and Beccari credit Lagerfeld for transforming the image of fur from a bourgeois status symbol to a fashion item, employing a host of dazzling techniques from shaving, knitting and implanting hairs on organza and plastic to fusing its plush hairs with 24-karat gold molecules.

A flip through Lagerfeld’s dazzling output, compiled by Fendi ahead of the show in July, spans zip-front jockey jackets for the whole family, fringed fur ponchos, inflatable fur puffers and a birdlike cape.