The event is seen having a symbolic value, said the brand's chairman and ceo Serge Brunschwig, who also revealed that the brand's coed spring collection will be presented at the Roman headquarters on Sept. 22. 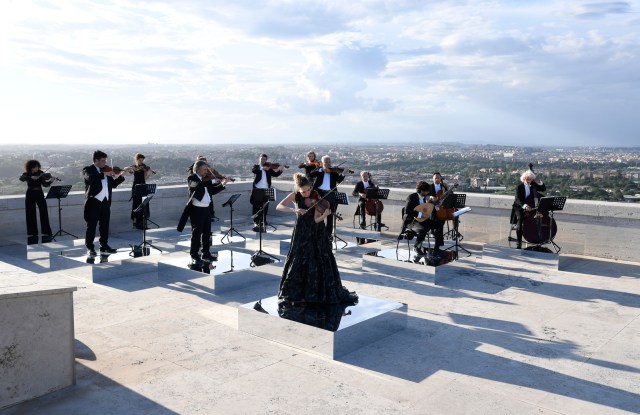 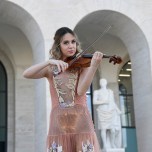 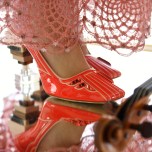 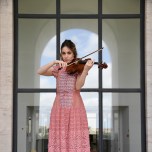 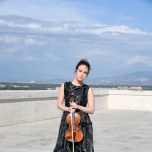 MILAN — “The world stopped and it is restarting now, so it’s super important to put all our possible energy together, in such a challenging context for the world and the industry.”

Fendi chairman and chief executive officer Serge Brunschwig’s own energy was channeled into an initiative that has a symbolic value — and that is also pure entertainment for viewers who have been forced into lockdown by the coronavirus pandemic, worried about their health and the economy for so many months.

Fendi has partnered with the Rome-based 16th-century Accademia Nazionale di Santa Cecilia, one of the most reputable and storied music institutions in the world, to stream a performance of Antonio Vivaldi’s “Estate [Summer]” from the “Four Seasons,” held at the company’s headquarters in Rome, at the Palazzo della Civiltà, also known as the Square Colosseum.

“We would like this to be a moment of renaissance, linked to our home, our Roman roots, and celebrating our artisans’ craftsmanship as much as the Accademia’s artists,” said Brunschwig.

During the first stages of the pandemic and the lockdown, Brunschwig’s priority was to make sure the company’s employees and collaborators were safe, but also at the same time to keep their spirits up and engage them, connecting digitally. “This is a very important motor for us,” he said.

When the lockdown started to ease on April 20, chief communication officer Cristiana Monfardini, walking by the Accademia, started thinking of the artists being unable to meet and train together, much less perform. “I was saddened by this idea, and I thought about giving back. I knew how passionate Serge is about classical music, his mother is a professional violinist, and we started discussing this. Fendi blends innovation and tradition, it’s an eclectic brand,” said Monfardini.

To be sure, Fendi in the past has also collaborated with artists ranging from Nicki Minaj to Hong Kong singer and dancer Jackson Wang.

“The academy is one of the most prestigious in the world, and we found a correspondence with Fendi’s artisans and creativity,” said Brunschwig. “It was a bold idea because something like this has never been done, but we created something together, sharing a platform and helping each other to restart, physically together.”

Inspired by the Anima Mundi, or the soul of the universe, philosophical concept, the performance was filmed throughout the Palazzo della Civiltà, with the first movement at dawn, on the steps of the building, and then under the arches, maintaining the social distance that continues to be necessary. In the end, the musicians regrouped at sunset on the rooftop of the palazzo.

“Classical music is timeless, and we think we can send a beautiful message at this time,” said Monfardini.

The beautiful and young, yet highly distinguished, violinist Anna Tifu for the occasion will be seen wearing three Fendi couture designs. One from the 2018-19 couture season is a tulle dress embellished with beads, mink appliqué and embroidered flounces. The second, from the same season, is a lace dress decorated with beads and lace petals. The third from the 2019-20 season is a marble print organza dress enriched with feather and raffia spikes embroidery. Tifu plays the 1716 Antonio Stradivari “Marèchal Berthier,” a prestigious violin that the Fondazione Pro Canale of Milan lends to the most talented violinists.

The Fédération de la Haute Couture et de la Mode will be staging an online version of Paris Couture Week from July 6 to 8, and  Fendi will not participate with a new collection, said Brunschwig, but with digital content.

Instead, the company is revisiting classic couture gowns designed over the years, such as those worn by Tifu.

Brunschwig also revealed that Fendi’s men’s and womens spring 2021 collection will be presented on Sept. 22 at the Palazzo della Civiltà, kicking off the shows to be held at Milan Fashion Week, slated to run until Sept. 28. “It will be a physical event, with a limited number of guests and a digital component, but the format is being defined,” said the executive.

Like several of its peers, Fendi will extend the spring season and sell at full price until the end of August, remarked Brunschwig. Pre-fall will be presented in September, the fall collection in mid-October and it will be in stores until the end of February, replacing the resort season.

During the lockdown, Fendi created virtual made-to-order sessions with clients in Dubai, Moscow and China, for example.

On June 25, Fendi will launch the first part of the pre-fall resort “California Sky” capsule in a collaboration with Los Angeles-based visual artist Joshua Vides to be rolled out globally. Vides and Fendi previously worked on a Peekaboo Bar pop-up at Harrods.