Firm’s initial public offering could value the company at around 1.5 billion euros, or $2.1 billion at current exchange. 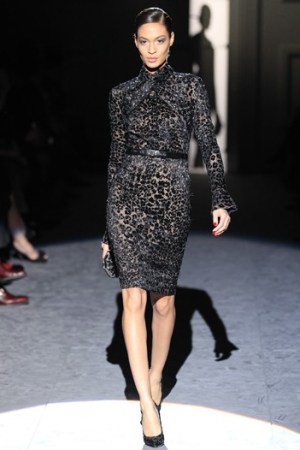 After Prada and Moncler, speculation is mounting here that Salvatore Ferragamo is the latest Italian brand to be looking at an initial public offering by July. Prada plans to list in Hong Kong in the first half, while Moncler is expected to hold its IPO slightly earlier in Milan. A source said Ferragamo’s IPO could value the company at around 1.5 billion euros, or $2.1 billion at current exchange, compared with the larger Prada’s estimated valuation in Hong Kong of up to $9 billion.

Italy’s merchant bank Mediobanca has been tapped, together with J.P. Morgan, as coordinator of Ferragamo’s global offer, joint book runner and joint lead manager, a well-placed source told WWD. These are the same two banks chosen in 2008 by the Florence-based firm, which had plans to go public that year.

“Yes, this is it, the family is once again firmly in favor of a listing,” said a luxury goods analyst. “The Ferragamos have always supported the idea but the timing was off. Now the prospect is one of many years of growth in the sector, which allows to accelerate IPOs and M&As.”

The analyst said Ferragamo may float between 30 and 40 percent. A source said the company will list in Milan, but shares could also be placed in the U.S. and Europe.

Its decision to shoot for an IPO comes amid a global boom in stock offerings and mergers and acquisition activity in the fashion world as private equity players seek to spend the $100 billion cash horde they have on hand and successful brands aim to capitalize on their momentum while global stock markets appear to be in recovery mode. This month alone has seen Gildan Activewear Inc. buying the GoldToe sock brand for $330 million; Hermès International saying it would put its 45 percent stake in Jean Paul Gaultier up for sale, eliciting expressions of interest from Puig Group and perhaps Shiseido, and Fung Capital and Jean-Marc Loubier buying 90 percent of Robert Clergerie.

Ferragamo first talked about going public in 2006, when it appointed Michele Norsa as chief executive officer, but decided to shelve the project due to worsening market conditions. Now Ferragamo may decide to capitalize on its strong performance last year. Lifted by gains in Asia and at retail, Salvatore Ferragamo Group returned to the black in 2010, posting sales that hit the $1 billion mark. Revenues in 2010 grew 26.1 percent to 781.6 million euros, or $1.03 billion, compared with 619.6 million euros, or $861.2 million, at the end of 2009, boosted by Ferragamo’s direct retail network, which showed a 29.1 percent increase. At the end of 2010, the company had 578 boutiques, of which 312 are directly operated.

“Going public is more tempting when sales climb and there is a strong growth prospect in 2011 and possibly even 2012 — barring major wars or natural cataclysms,” said a Milan-based industry consultant. “Bulgari and its sale to LVMH set in motion a series of developments in the industry.”

A source said “the [Ferragamo] family is very determined” to list the company, partly to finance global expansion and partly to “create the conditions for an automatic selection of the numerous Ferragamo members and heirs.” In particular, the source said Massimo Ferragamo, chairman of Ferragamo USA, has already sold part of his shares to Hong Kong businessman Peter Woo because “he has been substantially investing on the luxury resort in Tuscany’s Castiglione del Bosco.”

Last month, the Ferragamo family holding company Ferragamo Finanziaria SpA sold 8 percent of Salvatore Ferragamo Italia SpA to Woo and his family. At the same time, the company revealed plans to increase its equity interest in Ferragamo’s distribution companies based in Greater China, which will rise to a 75 percent stake from the current 50 percent (60 percent for Macau) in January 2013.

Geographically, Ferragamo registered growth across all markets last year, but the best performance was achieved in Asia, particularly in Greater China. Asian markets account for more than 50 percent of sales. The agreement was “aimed to strengthen the Ferragamo group’s presence in a key area of the luxury business for the third millennium,” said chairman Ferruccio Ferragamo at the time.

Also, a source said family members who may want to cash out would welcome a listing because “they would know how much the company is valued at.”