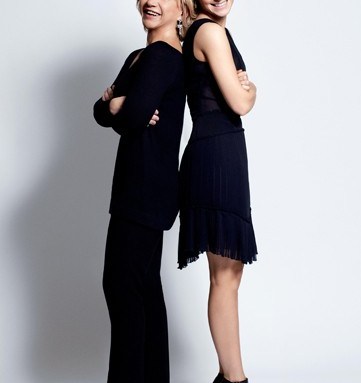 MILAN — The “green” capsule collection by Alberta Ferretti and British actress Emma Watson is only the first step in a long-term project that will associate Ferretti with “sensitive people, who want to be supportive of these kind of issues,” the designer told WWD.

Produced with materials and techniques that are environmentally friendly and made in Italy, the collection is labeled Pure Threads by Emma Watson Alberta Ferretti and will be available exclusively on albertaferretti.com beginning March 21.

“Rather than an opportunity, this is an urgent project,” said Ferretti. “Ecological materials cost twice as much, and selling online is a way to reach customers around the world faster, while containing costs.”

Part of the proceeds will be donated to People Tree, a nonprofit organization Watson supports. People Tree collaborates with manufacturers in 15 developing countries and stimulates small companies to produce low-impact clothing.

The collection, whose packaging is also environmentally friendly, consists of five pieces: two dresses, a shirt, a long skirt and a pair of denim shorts, all enriched with lace embroideries and made with organic fabrics such as cotton poplin, cotton muslin and hemp. “Emma had a Jane-Birkin-in-the-Seventies image in mind,” said Ferretti of the inspiration. While more accessible to a wide range of customer than her signature collection, the designs, Ferretti said, still feature her feminine and romantic touches. Prices range from 250 euros, or $345, to 850 euros, or $1,173 at current exchange.

“I’m pleased that a luxury brand such as Alberta Ferretti has decided to create ecological clothes,” said Watson. “I believe this is a big step forward for all of the international fashion industry, but also an important step for an increased sensitivity to the problem of ecology.”

“I’m grateful Emma accepted this creative partnership that can contribute to fashion and to the health of the planet,” said Ferretti of Watson. The actress, internationally known for her role as Hermione in the “Harry Potter” films for more than a decade, has worn Ferretti designs over the years and is emerging as a fashion plate on the red carpet, in addition to appearing in Burberry’s ads.

“She’s an actress I’ve followed since her early days. I like her freshness, her spontaneity and simplicity,” said Ferretti. “She is intelligent, with a strong personality, a young, modern girl of today but aware of social issues at the same time and very rigorous. This is a moment that demands strong attention to these issues and we can help in communicating them,” said the designer.