In China’s biggest city for the opening of a new flagship, Sir Paul Smith was upbeat about the prospects for his brand here. 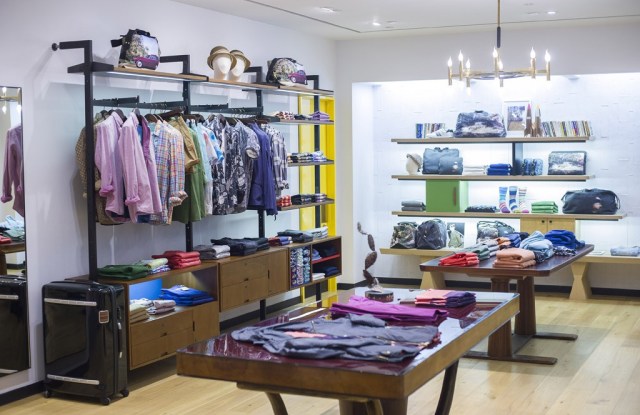 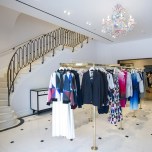 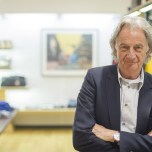 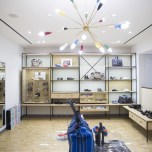 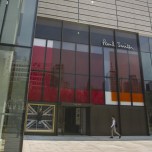 SHANGHAI — In China’s biggest city for the opening of a new flagship, Sir Paul Smith was upbeat about the prospects for his brand here.

The, 5,000-square-foot Shanghai flagship is located over two floors of street-front real estate in the Jing’an Kerry Center on shopping street Nanjing West Road. It’s the seventh Paul Smith store to open on the Mainland in the past two years with an eighth — in Beijing — set to open in November.

“So far, so good,” said Smith, of the brand’s business in China generally, and the Shanghai flagship, which opened in November.

“We’re always in the top three here [at Jing’an Kerry Center], and that’s fantastic because there’s some pretty big players here. We’re about 20 percent up generally, on sales, across China.”

The company’s founder, designer and majority owner said younger consumers who have been educated, or traveled extensively overseas, have embraced the brand and helped spread the word on the Mainland. “They come back with the clothes they’ve bought [in Europe or the U.S.]. Obviously with the Internet and just travel generally, the men’s market has just changed massively,” he said.

Smith, like many before him, sees China as a huge potential market, but sees Paul Smith’s place within it remaining niche, an option for younger consumers trying to break the logo driven mold of luxury consumption in China.

“Of course there’s still a lot of uniformity, because there’s a lot of people here, that’s inevitable, but there are really strong pockets of creative dressing,” Smith said. “I think there’s a huge danger for the big brands in having too many shops here, but also being spread too thin. Now there is definitely a trend where certain young people reject [the focus on labels], and we are lucky enough to be one of the brands they are now more attracted to, because we are more anonymous.”

According to Alice Wong, executive director of Paul Smith’s Hong Kong-based distribution partner, ImagineX Group, Chinese consumers have embraced the boldest of the brand’s designs, showing an unanticipated appetite for color and pattern. Chinese consumers appreciate the runway line, while much of the rest of the world goes more for the suits in the London line or the PS casuals, she said.

“If you look at the last two seasons, the runway line has been very colorful. Last season, there was a print that was very floral and rosy, and that was received very well by male customers [in Beijing],” she said.

This desire for individuality has been a major key for the success of a brand entering the Chinese market for the second time. Paul Smith first made a run at the Mainland China market in 2002, before retreating to regroup five years later after undisclosed losses.

“I’ve always enjoyed just individuality and that’s my main point and actually, eight or 10 years ago, that was a problem….People wanted logos, or a very distinctive piece that was backed with an advertising campaign, and I wouldn’t do that,” Smith said. “Things have changed and I think China’s gone fast and it’s because of the world of technology. It’s not hurt us at all, and it’s a way for people to see what I do.”