Fashion Group International has found its Rising Stars for 2010, with Peter Hidalgo and Joseph Altuzarra picking up honors. 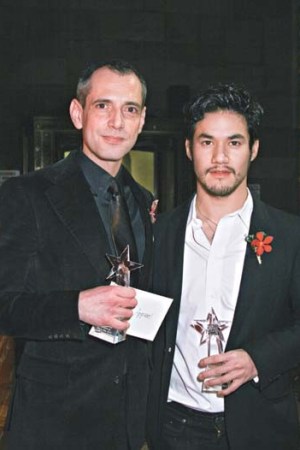 At FGI’s Rising Star Awards luncheon held at Cipriani 42nd Street on Friday, designers Joseph Altuzarra of Altuzarra and Peter Hidalgo tied for the women’s wear trophy and accepted the honor with a spirit of camaraderie.

“There is this sense of community at an event like this, which brings together so many young talents,” said Altuzarra, who honed his craft with Riccardo Tisci at Givenchy before starting his own label.

In other categories, Anthony Keegan and Richard Christiansen of Commonwealth Utilities received the award for men’s apparel. In accessories, the honor went to Amanda Pearl Brotman of Amanda Pearl, and Monica Rich Kosann was cited for fine jewelry. In the beauty-fragrance segment, Juliette Karagueuzoglou of International Flavors & Fragrances was honored in the corporate field, and Janet League-Katzin of Sphatika International LLC received the entrepreneur award.

The retail award went to Edward Chai and Paul Birardi of Odin New York, and Dror Benshetrit of Dror was named the winner of the home-interior category.

Keynote speaker Nina Garcia, a judge on “Project Runway” and fashion director at Marie Claire, recalled her first fashion gig as an intern at Perry Ellis, where she witnessed a young Marc Jacobs put together his groundbreaking grunge collection.

“It was the first time I ever saw such a young, talented designer be completely unafraid to take fashion in a new direction,” she recalled, with a note of advice for fashion’s next generation. “Be yourself, be bold and make fashion history.”