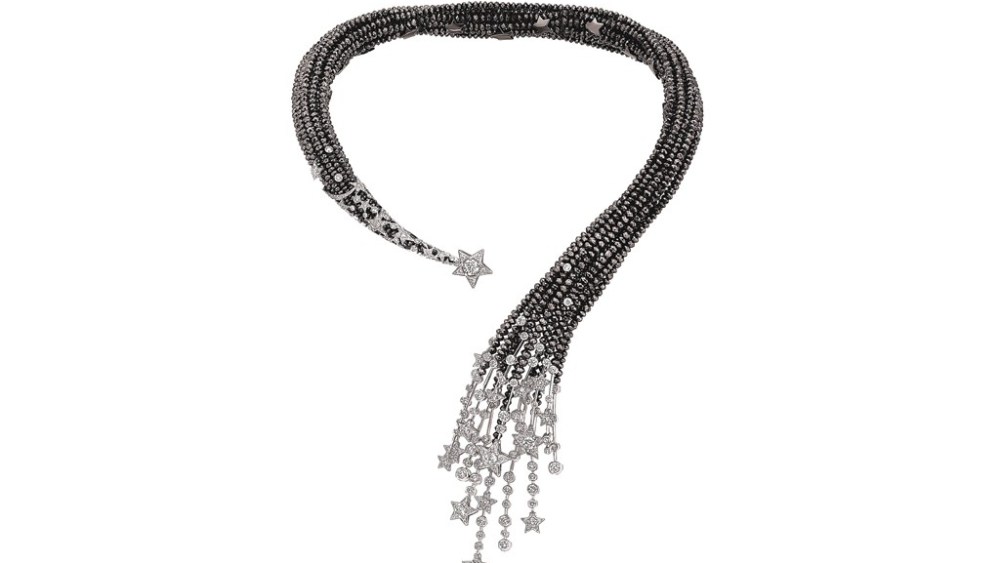 On an overcast July day in Paris, Kristen Dunst, Sofia Coppola, Catherine Deneuve, Louise Bourgoin and other well-heeled friends of Louis Vuitton arrived at Place Vendôme to fete the opening of the maison’s fine jewelry boutique and workshop before heading next door to the Ritz for dinner and drinks.

On its face, the event, like myriad store-opening parties, welcomed the city’s most influential people, who, dressed in smart designer clothes, traded pleasantries while sipping cocktails. What set this party apart was its purpose; it marked another chapter for the 158-year-old house, namely a retail push into the jewelry market through its first stand-alone fine jewelry store.

“It’s just the beginning as far as we’re concerned,” said Hamdi Chatti, vice president of fine jewelry and watches at Vuitton. “We believe jewelry for the Louis Vuitton consumer is part of the whole look.”

Even though Vuitton has carried jewelry for 11 years, it has never focused on the fine side of the business in this way — and it’s not the only fashion house doing so.

Dolce & Gabbana, Hermès, Ralph Lauren, Gucci, Chanel and Dior are putting a bigger emphasis on fine jewelry, while rivals such as Ferragamo and Vivienne Tam are entering the segment for the first time. Elsewhere, Montblanc is revamping its midpriced fine jewelry line, in order to grow sales and hopefully convert customers to its higher-priced collections.

But, with an influx of freshly branded baubles, there are challenges, and designer houses need to learn the tricks of the jewelry trade to capitalize on their fashion following and compete effectively with established high-end jewelers.

“A market by definition has births and it has deaths. There will be deaths,” said Bulgari chief executive officer Michael Burke, offering that pure players have history on their side.

Touting Bulgari’s 130-year history in jewelry, Burke predicted larger, established jewelers would have the edge in the fine jewelry market. He noted, however, that as the market expands and women buy more jewelry for themselves, a large percentage of those purchases will include a mix of fine and fashion baubles.

“It’s been said many times that jewelry is the next market segment that will undergo explosive growth, just like handbags did in the mid-Nineties. The same thing happened with shoes in the early 2000s,” he said. “Important brands that have been very considerate with their brand extension are jumping into it.”

The fine jewelry market’s “dramatic” growth has been a catalyst for expansion by fashion houses, Burke said, acknowledging that venerable fashion brands like Dior and Chanel will grab their share.

Barbara Cirkva, division president of fashion, watches and fine jewelry at Chanel, agreed, but underscored her company’s history as well.

“Many fashion brands have stepped into the fine jewelry world to expand their presence, but Chanel [has] a fine jewelry heritage,” she said. “We are as much of a pure play as Cartier or Bulgari. I think the difference is that most people don’t know the extent of our offering in fine jewelry.”

That’s an obstacle facing fashion houses. While consumers know Chanel, not everyone knows that Chanel sells fine jewelry. And if they do, why would they chose to spend thousands of dollars on jewelry from Chanel?

Circkva replied that Chanel, which is celebrating the 80th anniversary of its high jewelry line this year, is among the few brands that fabricates the majority of its jewelry in Paris.

“Many of our pieces are made in the ateliers by the grandchildren of the craftsmen who made the original pieces for Chanel,” she said, while acknowledging the potential roadblock.

One way Chanel aims to change consumer perception is by opening separate fine jewelry boutiques in the same markets where it has major stores. The house has also added entry-priced fine jewelry in its fashion boutiques in order to “transition and educate” consumers, Cirkva offered.

But some jewelers question if fashion houses know how to adequately educate shoppers.

Although he was not referring to Chanel, specifically, Graff president and chief executive officer Henri Barguirdjian said that “the approach of selling a piece of jewelry is different than selling a couture gown.”

“Fashion brands are learning the ropes,” he said. “It’s not that simple. You need a highly educated staff that can explain the quality of a piece. You need that in-depth knowledge to give confidence to the customer on why they should buy a $300,000 piece of jewelry.”

Graff’s selling strategy includes private VIP selling events in stores or at clients’ homes, as well as collaborations with both the art world and with resorts. The brand also uses traditional advertising and its Web site to educate customers.

“One thing that fashion brands do have is a passionate following,” said Chopard U.S. president and ceo Marc Hruschka, who explained that most houses understand how to communicate luxury, exclusivity and quality.

“Chopard is 152 years old. We’ve invested enormous amounts of money in the craftsmanship of our house. That’s not something you can just re-create, but the fashion houses are very smart and they will bring on the right people,” he said.

One example is Dior. Since she launched Dior fine jewelry in 1998, Victoire de Castellane has delivered collections with the same “constant spirit,” according to Laurence Nicolas, Dior’s fine jewelry director.

“They are always highly precious,” Nicolas said of the designer’s collections. “They have a ‘soul supplement’” that refers to Dior’s roots while also adding a “creative twist.”

The house’s most recent collection, released in July, nodded to Fifties costume jewelry by including vibrant gems such as blue-lagoon apatites, khaki heart-shaped sphene and fire opal. While colored stones were paired with traditional platinum, yellow gold and diamonds, each piece was backed with gold lace, duplicating the design archives used by Christian Dior on couture gowns from 1947 to 1957.

“Consumer behavior has changed dramatically in the last four or five years,” he said. “Customers have become much more thoughtful in their purchasing decisions. They are looking for real quality in materials, craft and, of course, design. They also appreciate it when there is a narrative behind the item they are buying.”

At Gucci, jewelry collections typically refer to the brand’s heritage, he said, pointing to bestsellers such as cocktail bracelets and rings that incorporate an ornamental horse bit.

He also cited the jeweler’s silver collection, which includes its signature bamboo wood design on bracelets, rings, necklaces and watches.

Like Dior, Vuitton and Chanel, Gucci is placing its bets on its history and authenticity, as well as its broad reach among fashion consumers. It’s a luxury that these brands have that will allow them to compete with the best pure-play jewelers, Sofisti said, explaining that it’s the smaller, lesser-known companies that may struggle.

Susie Otero, Montblanc’s managing director, agreed, adding that her company is able to trade on its brand to broaden its reach.

Known primarily for its writing instruments, Montblanc is taking a more aggressive approach, as it moves toward re-branding itself as an accessories player.

“We want to become really relevant in the jewelry and watch space,” said Otero, who focuses on men’s and women’s jewelry. “For Montblanc, the goal is to keep it elegant…and remain accessible.”

Accessibility is key for Montblanc, which, according to Otero, cannot yet compete with rival pure-play jewelers such as Van Cleef & Arpels, Cartier and Tiffany & Co.

Montblanc’s jewelry ranges from $150 to $15,000, and doesn’t yet have the cachet to go up against its rivals’ most expensive collections, admitted Otero.

As a result, the company is focusing on modernizing its fine and fashion collections by including edgier sculptural jewelry that mixes gold, silver and steel with materials including diamonds, ebony and leather.
“Today, more brands are developing jewelry. If this continues, people will not only consider this 106-year-old brand, but maybe they will also consider buying other brands,” she said.

Although the unbranded market is larger than the branded jewelry market, Otero said the influx of fashion houses would push out smaller, unbranded companies unless they are produce creative designs.

“This makes the market more challenging,” she said. “I believe the world is big, but in order to succeed, every brand will need to have its own style.”