MILAN — Jan-Hendrik Schlottmann is making a comeback in the fashion arena with a new label.

Hamburg-born Schlottmann, husband of Derek Lam, left his role of chief executive officer at Derek Lam 10 Crosby in January 2020 when the contemporary brand was sold to Public Clothing Company. Previously, he was also CEO of Lam’s luxury line Derek Lam Collection, which was established in 2003 and discontinued in 2019.

While Lam currently holds the role of chief creative officer of Derek Lam 10 Crosby, Schlottmann has embarked on a new adventure with an Italian business partner, Marco Panzeri.

“Marco and I have known each other for 20 years, since his mother was producing Michael Kors when Derek was designing for the brand,” said Schlottmann, who travels every month between New York and Milan to manage this new project. 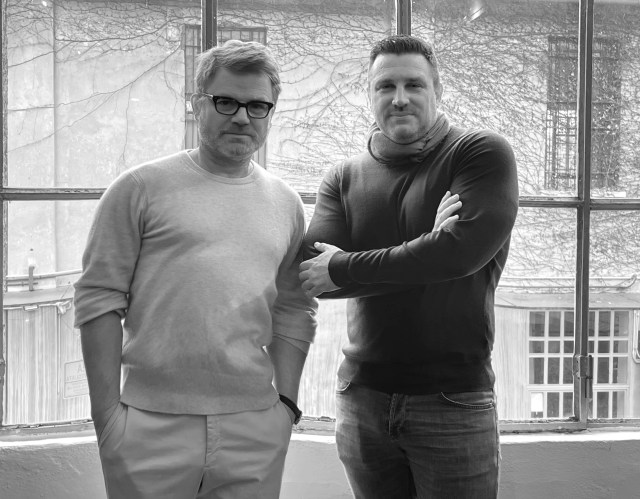 But Panzeri is not only an old friend, he is also the CEO of Cieffe, an Italian high-end manufacturing company that produces the collections of an array of global luxury brands.

“When the pandemic kicked off, we started discussing what to do and how to tackle the situation, and we came up with the idea of teaming up to establish a brand based on a very specific business model,” Schlottmann said. “At the beginning we wanted to launch an outerwear label, but then we decided to deliver a full ready-to-wear offering.”

Called Câllas, “it’s certainly a tribute to Maria Callas, as the symbol of the best of the best,” Schlottmann explained. “There is also this village in Southern France named Callas that I love.” The brand aims at offering luxury design and quality at reasonable prices.

“How do we achieve that? We have a vertical structure here,” Panzeri explained. “Even if this project is a personal investment, we can rely on Cieffe for everything spanning from finding the right designers and patternmakers to source the fabrics and producing the pieces.”

According to Schlottmann, this enables the brand to cut extra costs, keeping everything agile and flexible. “All the money goes into the product,” he explained. “It’s so refreshing for me to be able to work on a brand where everything happens in one place. During my former experience, I always had to deal with hundreds of people in hundreds of places around the world.”

A brand born in the midst of a pandemic, Câllas was also founded on the sustainable principles of durability and longevity. “Even if the way things are done here is fast and agile, at the same time we embraced a slow-paced attitude when it comes to creating the collections,” said Schlottmann, explaining that many styles will remain in the collection for several seasons becoming the essentials of the Câllas wardrobe. “I have never believed that much in seasonality. And now more than ever I think that concept doesn’t work anymore. Overproduction is a severe issue and we have to take a stand to fight that. We can win focusing on great quality and beautiful design.” 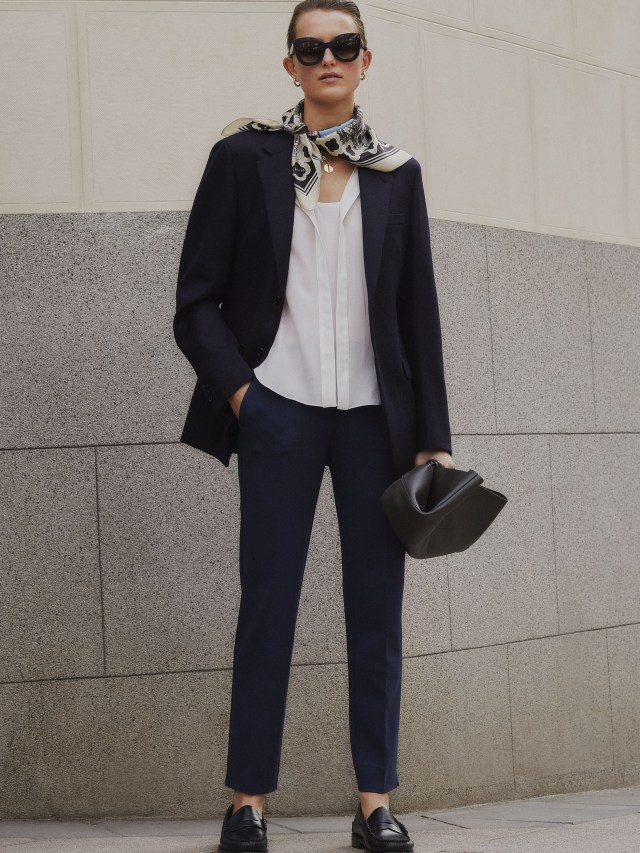 As Schlottmann explained, Câllas will focus on a hybrid distribution model, combining wholesale and direct-to-consumer through the e-commerce, which is already live with a preview of the debuting fall 2021 collection. “We will work only with those retail partners that will be able to respect our discount policy,” the executive noted. “A big part of the collection won’t get discounted since the same styles will remain in the collection. At the same time, more seasonable pieces will be on sale only in January and August, not earlier.”

Inspired by the effortless, chic look and lifestyle of Milanese women, Câllas’ collections, twice a year with two drops each, will telegraph a message of understated luxury, with trenchcoats, blazers and peacoats, essential knits, five pants styles, cotton and silk blouses and tops featuring foulard inserts that for the first lineup are inspired by the city of Milan. Retail prices range from 175 euros for silk scarves to 1,290 euros for organic cotton trenches, while cashmere coats go from 890 euros to 1,190 euros.

Milan’s Studio Zeta showroom will handle the global distribution of the brand, except for Japan, where the company is closing an agreement with a local distributor.

Thanks to Cieffe’s organization, Câllas will also give retailers the opportunity to order small quantities since the company has the capability to restock a style in two working days. “I think this is a big help for stores, which have the chance to invest on a new brand without huge financial efforts,” Panzeri said.

The entrepreneur took the reins of the company from his mother Enza Gallina, who founded Cieffe in 1985 in the outskirts of Crema, an area that became familiar to the international public as the setting for Luca Guadagnino’s film “Call Me by Your Name.”

Panzeri highlighted that Cieffe’s strength sits in its vertical organization. “Over the years, we acquired many of our small suppliers so now we can basically do everything in-house, offering a 360-degree service to our clients,” he said, adding that most recently Cieffe acquired a laboratory in Central Italy focused on haute couture.