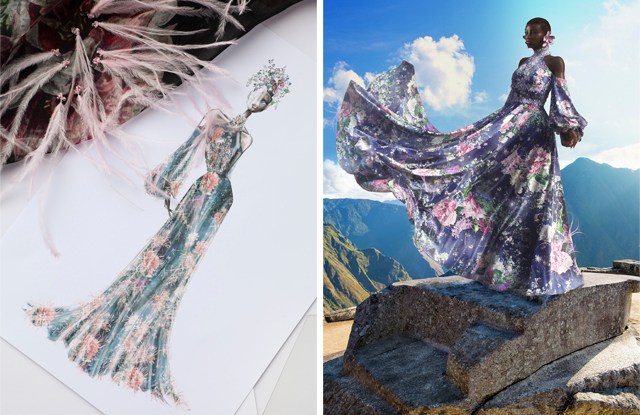 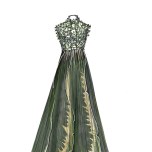 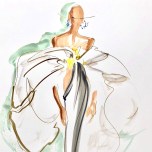 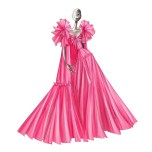 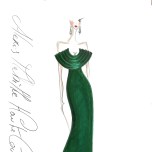 PARIS — It’s couture, but not as you know it.

Paris Couture Week kicks off today with an online showcase instead of the usual lavish shows held across the French capital, as the fashion industry gradually recovers from the coronavirus pandemic, which kept many of the city’s seamstresses and skilled artisans locked out of their workshops for several months.

As a result, designers will be showing smaller collections digitally or, in some cases, no new creations at all, focusing instead on films, photos and collaborations in the hope of keeping audiences engaged. It’s fair to say there are mixed feelings about the digital format.

“Even if this could be a strong season in terms of creativity, because everyone is trying to find solutions, I think it won’t have the same splendor as a normal haute couture fashion week,” said Bruno Pavlovsky, president of fashion and president of Chanel SAS.

“Paris without a fashion week is a little sad,” he continued. “There won’t be that pressure, that competition and that prestige you get with fashion shows.”

Virginie Viard, artistic director of Chanel, produced 30 dresses this season instead of the usual 70. The collection of exclusive made-to-measure creations will be unveiled online at midday on Tuesday, and Chanel will host private appointments with some clients in Paris.

The French house closed its couture ateliers from March to May, though its seamstresses kept busy making masks. “Honestly, I don’t think there’s been a stoppage like that since the Second World War,” Pavlovsky said. “For three months, we did not take orders and we did not produce anything.”

Chanel was the first major luxury brand to venture into the digital realm after the COVID-19 outbreak sent Europe into lockdown in spring, presenting its cruise collection with an online video released on June 8.

“The results were absolutely exceptional, almost comparable to when we have a show. We had a very high engagement rate of 8.5 percent, and a very high number of impressions. Across our platforms, we totaled 264 million views,” Pavlovsky reported.

“Frankly, the results are impressive, but for all that, it’s not satisfying. These huge digital statistics do not build the image and embody the values of the house,” he continued.

“Digital is flat,” Pavlovsky opined. “We’re interested in creating an emotion that sparks a desire, that leaves a trace, that generates an energy that you will find back later in stores. For me, you can’t achieve that with digital tools.”

Maria Grazia Chiuri, artistic director of women’s haute couture, ready-to-wear and accessory collections at Dior, said digital formats should not attempt to mimic the feel of a fashion show.

The house has tapped Italian director Matteo Garrone, known for his hard-hitting mafia thriller “Gomorrah” and his recent adaptation of “Pinocchio,” to direct a short film described as a “fairy-tale celebration of the ateliers and their excellence of savoir-faire,” which will be unveiled exclusively on dior.com on Monday at 2:30 p.m. Paris time.

“I don’t believe that you can create a 3-D fashion show. Everybody is very obsessed with this digital world, but I think it’s not the same thing and the idea was not to try to reproduce in a different way the same thing,” Chiuri said.

“The fashion show is a specific language, so we have to reinvent our job, but I think this is true for the photographers, for the writers, for the designers, for everybody. You have to accept the limitation,” the designer added.

Dior plans to return to a physical runway show soon: it will unveil its cruise collection on July 22 in Lecce, Italy — albeit without an audience — in a bid to capture the electricity of a live event.

“Luxury is emotions, and when it comes to fashion, nothing carries the emotion of a real fashion show, a live performance where artists perform without the safety net,” Pietro Beccari, president and chief executive officer of Christian Dior Couture, told a virtual press conference last month.

Indeed, many big names are absent from the couture schedule this season. Giorgio Armani will stage his Armani Privé show in Milan in January 2021, while the Jean Paul Gaultier house said it would postpone showing a couture collection designed by Sacai’s Chitose Abe — the first in a series of guest talents — to next season.

Balenciaga, which was slated to return to the couture calendar this week after a 52-year absence, has also pushed its high-fashion launch to January. Meanwhile, Givenchy is sitting out a season following the recent arrival of its new creative director: Matthew Williams.

Valentino will reveal the inspiration for its fall couture collection with an online teaser for its physical show, to be held on July 21 in Rome.

Schiaparelli will not be presenting a collection, instead unveiling a short film featuring creative director Daniel Roseberry sketching outfits while in lockdown in New York. It hopes to show a capsule couture line in Los Angeles in December.

Meanwhile, Silvia Venturini Fendi has selected one look from each of Fendi’s former couture collections, shown between 2015 and 2019, most of them designed by the late Karl Lagerfeld. The outfits were photographed against the backdrop of the Palazzo della Civiltà, Fendi’s headquarters in Rome and home to its couture ateliers. 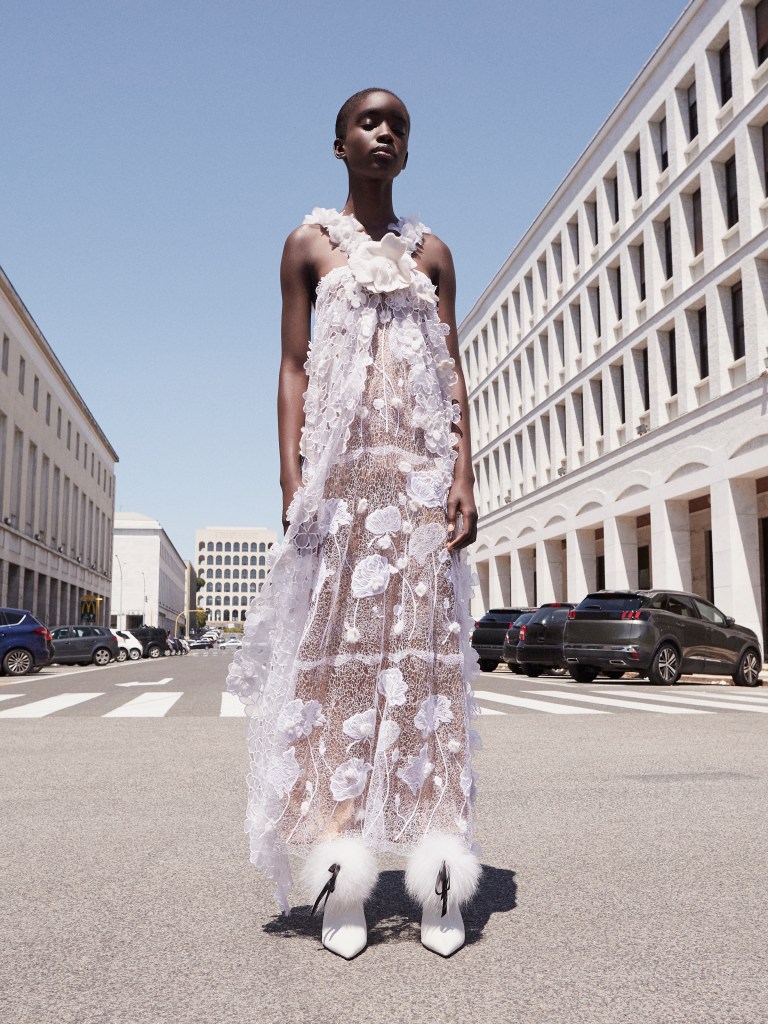 Not to be deterred, Azzaro will present its first collection designed by Olivier Theyskens. Other smaller houses said they welcomed the opportunity to experiment with new formats.

“This season is about embracing change, and not trying to be a normal season. We do not have a full collection, but instead a more creative collaboration and film project,” said Iris van Herpen, whose work sits at the intersection of fashion and technology.

The designer plans to present a film focused on the creation of her “Transmotion” dress, inspired by the wire sculptures of American artist Ruth Asawa.

“Collaboration is a very strong motivation within my work and after the strange pandemic months just now, it felt important to me to collaborate with people that inspire me and to make this project about sharing creativity, on a wider level,” van Herpen explained.

“This film project is literally the seed of a new beginning and new collection that we are creating now in the atelier for our January show,” she added.

“One of the most important tasks for me, as creative director, during this time has been keeping my team feeling positive and motivated, as it’s so easy to be consumed by what’s going on in the world,” said Tamara Ralph.

“Having this very new and exciting venture to work on has helped to keep the team inspired and thinking ahead, myself included,” she said. “The biggest opportunity with working in the digital realm, in my opinion, is the freedom it affords you to be completely creative; the options are truly limitless, and you can think as big as you want to.”

To wit, Hauli is pictured against backdrops including Macchu Pichu and the Great Wall of China — all without the carbon impact of flying a physical model around the world. Not that working in the virtual realm means cutting corners.

“It’s a very complicated and very painstaking process to bring couture to life in the digital space, much like creating a real piece of couture,” Ralph explained.

“Some of the pieces were so intricate that they required each fringe, by way of example, to be individually built. Or each individual flower or jewel or otherwise ornate detail had to be individually placed on Hauli’s form. The entire process took just as long, if not longer, than it takes to make an entire physical collection, but I’m so glad we did it and I cannot wait to see the response,” she said.

Andrea Collesei, ceo of Viktor & Rolf, said the brand made the switch to digital in April, when its presentation during New York’s Bridal Market was canceled. “Luckily, we started this digital process a couple of years ago, so we have invested quite a lot in producing and delivering content around our collections,” he noted.

Sitting out the couture season was not an option for designers Viktor Horsting and Rolf Snoeren, he added.

“For Viktor & Rolf, the couture collection — besides the show in itself — is also the pinnacle of the research that is then informing all the collections of the house. It’s impossible to skip the development of the couture in the creative process of the designers,” Collesei said.

“It was also an opportunity for the designers to consider a different explanation of the process and the thinking behind the collection. We are discovering that the digital format is allowing us to express better the creativity of the brand,” he added.

Brands will be uploading their content on a platform created by the Fédération de la Haute Couture et de la Mode with the help of data and technology company Launchmetrics. It features spaces reserved for professionals, but is accessible to the general public in order to capture a wide audience.

“We plan to then augment the impact through our own social media, our web site and through some collaborations in the digital world,” Collesei said.

As the company prepares to unveil a new web site and digital experience in the second half of the year, it expects to continue integrating a strong digital element into its future couture shows. “For sure, we are learning new ways of presenting our product,” the executive said. “It will be more an interaction of physical and digital.”

Most designers were confident that couture clients will respond positively to the new format.

“The reality is that there are a lot of couture clients who don’t want to come to the shows,” said Alexis Mabille, noting that many Middle Eastern clients favor online transactions. “I often sell dresses to customers who have never been to Paris. We chat on WhatsApp — I send them sketches and they send me their measurements.”

He expects those customers to return, despite the crash in oil prices in April, especially as he managed to continue delivering orders during the lockdown thanks to a hard core of seamstresses working from home. “The people we may not see again are those that bought couture more sporadically on a whim,” Mabille noted.

Stephane Rolland concurred. “I think that winter will start out well — there are some very big weddings in the Middle East,” he said. “Orders have already been made for them and we will deliver starting in September through January.”

He said clients had reacted well to the canceling of the shows. “They are for it, because they know very well that you can’t take health risks,” he said.

Rolland’s priority is to preserve his staff of 25. “That’s why I’m being careful these days. We’re not spending excessive amounts, we are very prudent but creative at the same time,” said the designer, who has obtained a state-backed loan. “For the moment, we’re not touching it at all, but we have it as a security.”