Gabriela Hearst and Chloé: A New Purpose for Both

She founded her namesake brand in 2015 on the principles of timelessness, quality and sustainability.

Chloé took another big step in its transformation to a purpose-driven company by recruiting Gabriela Hearst — already synonymous with sustainable luxury — as its new creative director.

She is expected to unveil her first collection for the storied French brand next March for the fall 2021 season, and to continue as creative director of her namesake, New York-based fashion house.

The appointment, revealed Monday, gives the Uruguayan-American designer an even larger platform for her eco convictions.

Indeed, instead of praising Chloé’s legacy of free-spirited fashions, Hearst trumpeted founder Gaby Aghion’s “purposeful vision” and the company’s new commitment “to create a business that is socially conscious and in balance with our environment.”

He called Hearst a ”forward-thinking woman” whose creative leadership “will be a positive force in further evolving and expanding our founder’s original vision of meaningful and powerful femininity. Together, we share the conviction that we all have a responsibility to actively participate in the shaping of a sustainable future.”

Bellini outlined Chloé’s new business model in a recent interview with WWD. It is hinged on social sustainability, and a particular focus on the advancement and empowerment of women, in addition to environmental responsibility.

“We’re moving from a phase of collections to a phase of connections. Doing collections is not enough anymore. How you connect with your audience, how you nurture that connection, how you grow that connection is a continuous process of exploration today,” he said at the time. “What a brand stands for, its beliefs and values, will become as relevant as products and aesthetics.”

Bellini’s immediate plans include creating a social profit and loss account, akin to an EP&L; seeking B Corp certification for the brand’s social and environmental performance; establishing an “impact fund” dedicated to girls’ education; creating an advisory board of experts to guide the company and hold it accountable, and incorporating social entrepreneurs into its supply chain. 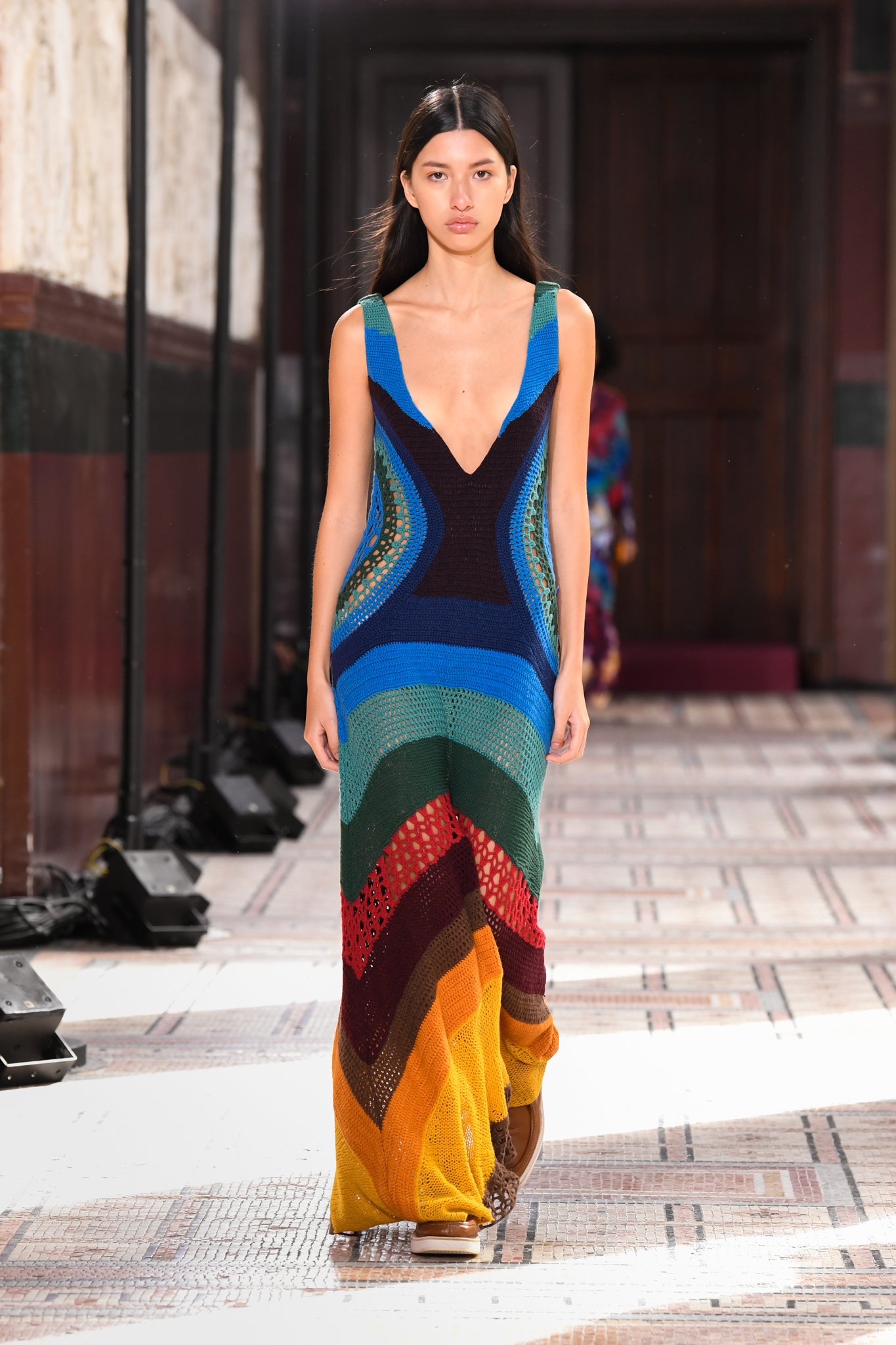 Hearst started her label in fall 2015 after taking over the operations of her father’s sheep ranch in Uruguay, and built a luxury women’s ready-to-wear and accessories business on the principles of timelessness, quality and sustainability. Among her raw materials is merino wool from the family farm.

She also has a strong track record with leather goods, her top-handled, pouch-shaped Nina bag a brisk seller right out of the starting gates.

Hearst won the International Woolmark Prize for women’s wear in 2017, and was named the American Womenswear Designer of the Year at the CFDA Fashion Awards last September. A month later, she made her debut at Paris Fashion Week, cementing her rising international profile.

The open-air display was carbon neutral, as measured by sustainability consultancy EcoAct, and the collection was realized with deadstock lace and recycled cashmeres.

“The paradigm that we always set ourselves is, ‘How are we going to do business 10 years from now, where there’s water shortages, where there’s less access to natural resources, lack of biodiversity?’” Hearst said on the sidelines of that show.

Hearst is self-taught. She didn’t go to business or design school, though sketching has always come naturally. 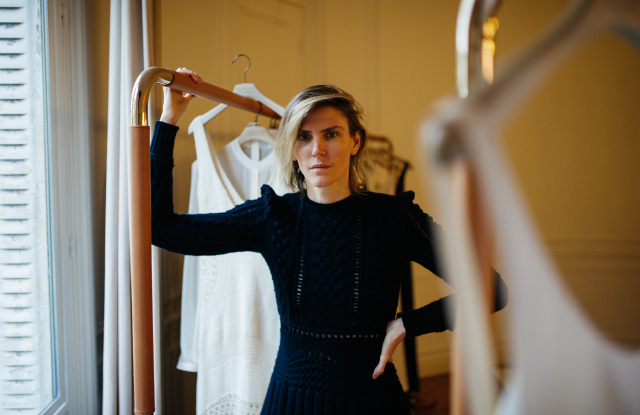 Gabriela Hearst is the second collection she started from scratch, the first being Candela, a bohemian-flavored contemporary line launched in 2004. She married into one of America’s foremost publishing dynasties, Hearst — her husband is Austin Hearst, grandson of William Randolph Hearst.

Her appointment at Chloé came four days after the house revealed that Natacha Ramsay-Levi, who brought an edgy élan to the brand over a nearly four-year stint, was stepping down from the role.

“I am grateful for an opportunity at such a beloved brand as Chloé,” Hearst said in a statement. “I am thankful to Natacha Ramsay-Levi and all the other extraordinary designers that have come before her.”

She declined an interview request on Monday, saying she wished to meet the teams in Paris and settle in before expressing herself further.

Founded in 1952 by Aghion and controlled by Swiss luxury group Richemont since its formation in 1988, Chloé has been designed by a rotating cast of design talents including Karl Lagerfeld, Stella McCartney, Phoebe Philo, Paulo Melim Andersson, Hannah MacGibbon and Clare Waight Keller.

Coincidentally, Hearst is know by her close friends as Gabi, though spelled with an “i” at the end.

She was widely tipped as a frontrunner for the plum design post. Asked in a recent interview with WWD if she would work for another luxury house, she replied: “Never say never, but I’m so in love with what we do here, and it has to be similar ideologies.”