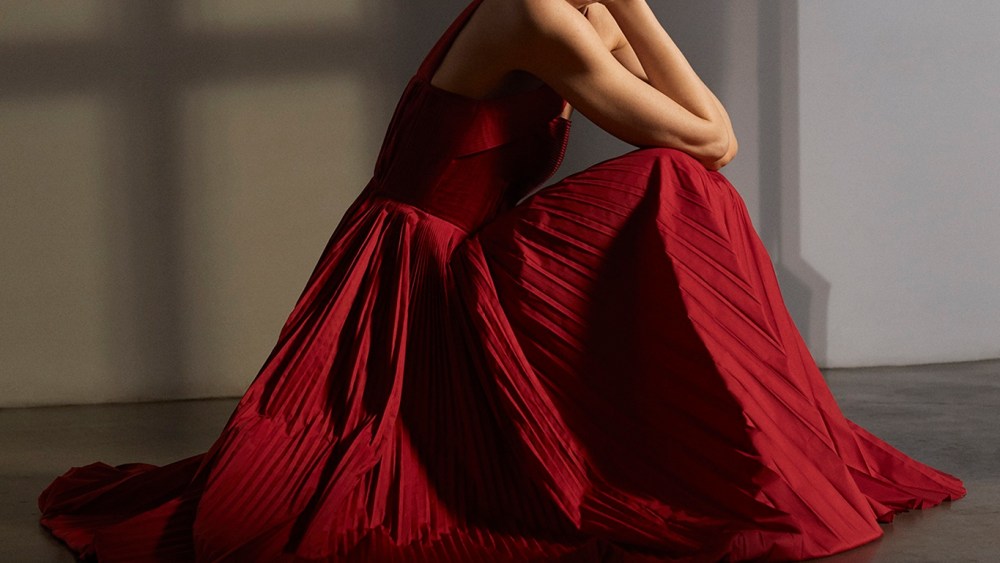 Gabriela Hearst has designed an exclusive capsule collection for Mytheresa, the Munich-based online retailer, and will become the 15th Mytheresa Woman.

Evoking the minimalist aesthetic of her brand, the 18-piece collection comprises smoking suits, maxi-length dresses and skirts, as well as coats and knitwear.

“I’ve done collaborations in the past, they always have to have a purpose,” said Hearst, in a telephone interview. Two years ago, she did a collaboration with Bergdorf Goodman and Net-a-porter to raise money for Save the Children and the drought in Africa. “I went to see it with my eyes….and it was a life-changing trip for me,” she said.

“When Michael Kliger [chief executive officer of Mytheresa] suggested the idea of a collaboration, I was thrilled and honored for the opportunity,” said Hearst, who mentioned to Kliger that her favorite chocolate store was in Munich and he sent two boxes of chocolates. She said the collaboration immediately got off on the right foot.

“I wanted to make sure we were producing a collection that was meaningful, inspiring and beautiful at the same time,” she explained. As a board member of Save the Children, her mind went straight to Eglantyne Jebb, the organization’s visionary and founder, as they are celebrating the 100th anniversary of Save the Children. “The colors of the collection came from the iconic logo of Save the Children,” she said, noting the capsule features white, red and black.

Twenty percent of proceeds from the collaboration will support the organization’s Centennial Campaign.

She said the capsule is not very different from her designer collection. “I always look for a movement or a woman that inspires me,” said Hearst, describing why she chose Jebb. Hearst said if she’s going to do marketing, videos and photographs for Instagram, she thought, “Let’s do it for something that helps others. Today there are 850 million children that live in conflict zones, so to bring Save the Children any extra attention, it’s always needed,” she said.

For Mytheresa’s special campaign, Hearst invited the online retailer to Pioneer Works, a non-for-profit cultural center in Red Hook, Brooklyn, that combines arts and sciences. In the video, Hearst opens up about inspirations, her commitments and the way her lifestyle impacts her label. The video gives an exclusive look into Hearst’s philosophy through the Mytheresa lens. Concepts such as “Luxury takes time,” the importance of having sustainability at the forefront of industry conversations, and how she manages to make her label not only profitable and eco-friendly, but also desirable, are the main themes.

Hearst said she’s been selling Mytheresa for at least three or four years. Mytheresa and Hearst will each donate 10 percent of the proceeds from the sale of the exclusive capsule collection to Save the Children.

Hearst has been busy on several fronts. After staging the first carbon-neutral fashion show in New York earlier this month, Hearst made an ambitious entry into the U.K. market, opening her first store in London, which is located across from Claridge’s and designed by Lord Norman Foster. She has also launched a shop-in-shop at Harrods.