Twenty-five percent of the shop’s sales will go to the pop star's Born This Way Foundation. 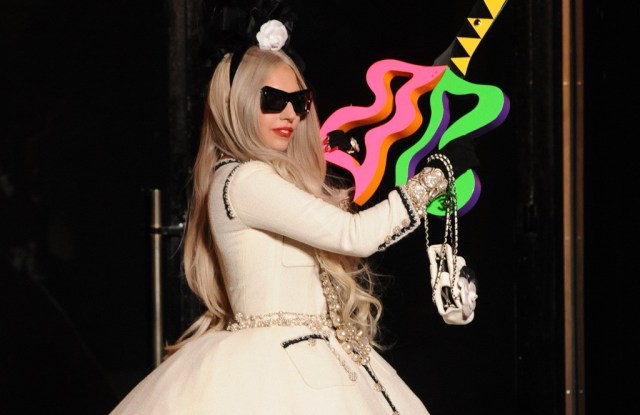 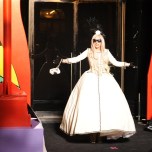 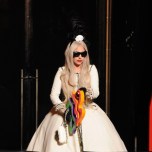 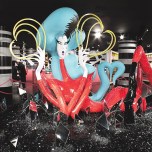 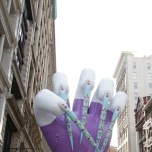 On Monday afternoon, a little before 5 p.m., about a dozen twentysomethings huddled on East 60th Street near the Barneys New York men’s department entrance.

“We left at 4:45 a.m. thinking the line would be huge,” said Nick Ross, a 24-year-old marketing professional from Boston who was first in line.

A few feet away, workers had just put the finishing touches on the psychedelic, Lady Gaga-themed facade that, starting late Monday night, would greet Barneys shoppers until Jan. 2. The maze of metal police barricades seemed a bit much given the small crowd, but the potential for spectacle at the ribbon cutting, planned for 10 p.m., seemed high. The entrance, a mess of stripes and lips and eyelashes, is the signature piece of Gaga’s Workshop, a holiday collaboration that has seen the retailer turn its fifth floor and holiday windows over to the pop star and a few of her design-minded pals, including Nicola Formichetti, Eli Sudbrack and Christophe Hamaide Pierson. Their collaborative cartoon aesthetic had already taken over portions of New York on Tuesday care of large inflatable claw sculptures, taxicab wraps and roving biker gang flash mobs. As the final preparations were under way for the grand opening of Gaga’s Workshop, the singer sat for interviews on the fifth floor amid the shop’s finger-shaped lollipops, clawlike stockings and infant-sized leather biker jackets.

“We tried to bridge the spirit of Madison Avenue with the spirit of downtown New York pop punk culture and create a space that had a range of prices — some very affordable gifts and some gifts that were more expensive,” the singer, who wore a white couture Chanel dress with a skirt of nearly Victorian proportions, told WWD. She dutifully noted that 25 percent of the shop’s sales would go to her Born This Way Foundation. “This would not be possible without them,” Gaga said when talk turned to the patient monsters outside. “Yes I have fun fashion ideas and have a knack for trinkets, but the truth is if the love of the fans didn’t mean something powerful from a cultural standpoint, coming to Barneys to buy Gaga presents wouldn’t mean anything.…They wanted to come here for an experience that they could enjoy together.

Earlier, on the sidewalk, Jessica Plaza, a 20-year-old theater major at The New School, said she had been there for about three hours waiting for a chance to meet the singer.

“I’d tell her that I love her and ask her to sign the bible that I have with me,” she said brandishing the leather-bound volume. “It’s gotten me through a lot so they coincide.”