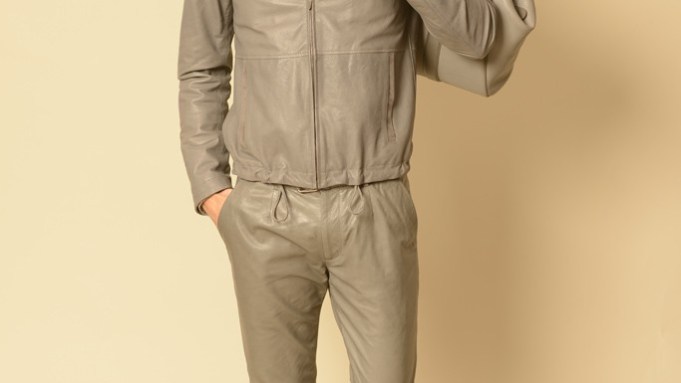 As Gaia Trussardi unveils her first collection for the Trussardi brand during the men’s shows here on Sunday, she will join at the head of the family-owned firm her siblings Beatrice and Tomaso, respectively president and chief executive officer of Trussardi, and ceo of TRS Evolution, the Trussardi Group company that produces the brand’s first and second lines of clothing and accessories.

“The group is now ready and mature to welcome Gaia, and this step is part of the renewal process and relaunch of the company,” said Tomaso Trussardi, adding that his sister helps contribute to a “new image that speaks of the family and its vision to make Trussardi into an Italian and global leather goods and apparel brand. She’s lived through all the different eras of the brand, she knows about style and leather treatments, and she is the perfect person to work on the aesthetics not only of the shows but also of the stores and ad campaigns.”

“My goal is to create a more precise identity for the label, bringing back the brand’s core values built over the last 100 years,” said Gaia Trussardi, who said she will focus on “timeless yet contemporary codes in order to communicate a joyful sense of dynamism.”

For her first collection, Trussardi wanted to re-create the strong, masculine image of the Trussardi man in the Eighties, designing clothes that are sophisticated and comfortable at the same time. In keeping with the brand’s core business, Trussardi indulged in the use of leather, which she reworked not only for accessories, including voluminous bags, cases and backpacks, but also for ready-to-wear pieces.

Delivering a “minimal, sporty elegance,” Trussardi took inspiration from the Dakar Rally competition to design soft leather pants and a coordinated zipped bomber, which were matched to resemble a racing suit. She also realized a car coat in washed, glossy leather, which she paired with textured canvas rolled shorts and a washed shirt. Another look included python skin baggy shorts, worn with a muslin cotton polo shirt in a colonial print, which was inspired by an archival pattern.

The deconstructed outerwear included a parka in creased canvas, a knitted bomber and a treated leather biker jacket with snap buttons.

The designer took on the role of creative director in March, after the group and Umit Benan Sahin ended their two-year collaboration with the women’s fall collection. She was previously creative director of the Tru Trussardi line.

The three siblings are the offspring of Maria Luisa and Nicola Trussardi, who reshaped the family business he had inherited from his father.

“There are so many brands that work to create a heritage experience they don’t have, but we legitimately have it, we don’t need to invent anything. This is a company founded in 1911 with an important industrial reality,” commented Tomaso Trussardi.

The executive said the company, which closed 2012 with sales of 150 million euros, or $192 million at average exchange, is aiming to expand its business in Europe, entering Germany and France with the signature line, and in Russia.

“In value, looking at orders for 2014, Italy accounts for 36 percent; the Far East and Japan for 40 percent; Russia for 10 percent, and Europe for 7 percent, but we would like Italy to represent 26 percent and Europe to grow to account for 28 percent,” he said.

The Milan-based firm is also looking at re-creating a network of stores for its signature line as the best vehicle to communicate the values of the brand. “The experience at retail is fundamental — the logic is pull, not push. A beautiful, quality product is a prerequisite, the next step is to express an emotion,” said Tomaso Trussardi, admitting the wholesale channel is “more difficult, ” suffering the most in the difficult economy. Women’s accessories are the best-performing items, accounting for 60 percent of sales.

There are 10 Trussardi boutiques, including two new ones in Tuscany’s resort town Forte dei Marmi, and in Turin. Five stores opened in China in one year, including two in Shanghai and one in Beijing. There are plans to open 20 units over the next two-and-a-half years in the Asia-Pacific region, with a focus on Hong Kong, Singapore and Taiwan.