Thanks to his collaboration with Gant, designer Michael Bastian is getting his first shot at women’s wear. 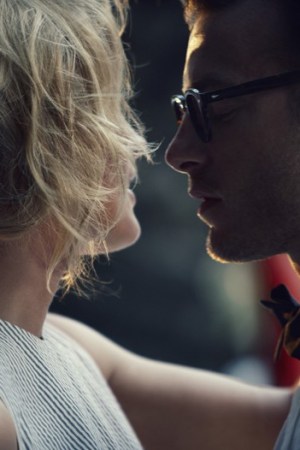 Just one season after the launch of Gant by Michael Bastian, a partnership that offers Bastian’s preppy Americana at a contemporary price, the label will be extended to women’s wear for spring 2011.

The partners are planning a coed presentation during September’s New York Fashion Week. The lacrosse-themed inaugural men’s collection was revealed in February in a locker-room tableau that suited the sporty styles. But the women’s will have a sharper fashion edge, said Bastian.

“It would be easy to do a female equivalent of the sporty, clean, healthy American dude, but I don’t think that’s naturally the woman in this guy’s life. I don’t see magnetism between those two. The girl is more of a fashion girl, not a classic preppy. She’s more open to playing around with her look,” said Bastian.

The designer, who is up for the CFDA’s Menswear Designer of the Year award for his signature label, has often dropped hints that he would like to design women’s wear. During brainstorming with Gant about the spring 2011 campaign, the collaborators imagined what kind of girlfriend their ideal man might have, so Bastian offered to design a few women’s pieces, and Gant responded by green-lighting a whole collection.

The men’s wear is rolling out this fall to about 100 U.S. doors including Barneys New York, Saks Fifth Avenue and Neiman Marcus. Globally, it will be found in a few hundred doors, including Gant stores, and specialty stores such as Harry Rosen, Selfridges and Colette.

The women’s collection — 40 to 50 pieces including knits, tailored separates, dresses, denim and swimwear — will have a much narrower distribution, according to Ari Hoffman, chief executive officer of Gant USA.

“If you look globally at our business, we are a men’s wear brand first of all, so our men’s distribution is much more broad,” said Hoffman. “I think women’s definitely will be a very dynamic part of the business and grow at a faster rate than men’s.” Hoffman has a background in women’s that includes a stint as the U.S. president for YSL Rive Gauche.

Gant, an Ivy League sportswear brand founded in 1949, has enjoyed a resurgence in recent years under Swedish ownership.

“Gant always offered great value. It’s not the cheapest shirt on the market but not expensive — and great quality. As the crisis started happening, retailers saw how reasonable the price points were. That really propelled us. In simple terms, the crisis helped us,” said Hoffman.

Retailers will be able to preview the spring collection in July.