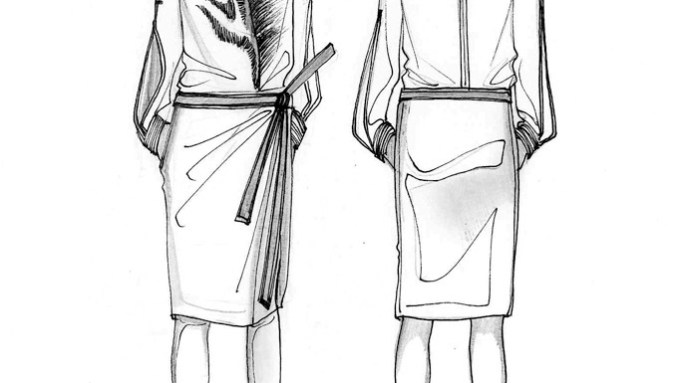 With the aim of bringing the storied but dusty label back to its glory days, Swinger International has handed the creative helm to young designer Gabriele Colangelo. His first effort will bow during Milan Fashion Week in September.

Mathias Facchini, chief executive officer of Swinger, which also owns Byblos and produces Versace Jeans and Rocco Barocco under license, plans an immediate global rollout for the Genny line that is expected to generate sales of $8 million to $10 million in the first year. The distribution plan budgets 300 doors for the first year and a freestanding unit in Milan by 2012. “Genny has always represented a classic elegance and a sophisticated image, a positioning we want to maintain, obviously in line with today’s needs. We believe in a fast turnaround for the new Genny,” said Facchini.

In Genny’s heyday, the U.S., Europe and Japan were the top markets, which Facchini hopes to duplicate with the addition of China and Russia as new opportunities. The spring-summer 2012 collection will be sold out of showrooms in Milan and Paris with a U.S. showroom in the pipeline for pre-fall 2012-2013.

To better tap into the brand’s heritage, Colangelo played videos of Genny’s runway shows, especially the ones designed by Gianni Versace in the early Eighties and by Rebecca Moses over a decade later. “The idea is to marry the two souls of the brand, one belonging to Versace and the other to Moses with a gender bender feel,” said Colangelo, who will continue to design his own line that was launched in 2008. “Genny was never too edgy but always very feminine, contemporary and sartorial.”

In the Eighties and Nineties, Genny attracted a following for its sharply tailored suits, ornate details and lively prints that catered to working women.

Citing a Peter Beard mood, Colangelo aimed for a clean, classic look created with luxurious fabrics, feminine cuts, suits and an overall minimal mood with subdued details. A case in point is a toned down re-edit of a black dress designed by Versace with bejeweled criss-cross metal details down the sleeve that appeared in a 1989 ad campaign featuring Karen Mulder.

In terms of materials, Colangelo opted for a softer and lighter version of Tasmanian men’s wools, as well as silk crepe, ethnic-looking basket weaves, a jersey take on chain mail and a summer version of astrakhan fur. A real life-sized zebra print on cotton canvas and silk represents the main motif, served up in caramel tones.