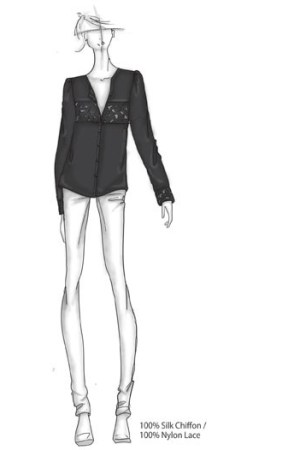 Serge Azria, chief executive officer and creative director of Joie and the trendy denim line Current/Elliott, has yet another contemporary line up his sleeve. He’s reviving Equipment, the shirt collection launched in 1976 by Christian Restoin, husband of Paris Vogue editor Carine Roitfeld, for spring. Restoin, for his part, who sold the company in 1998 to New York-based Morelle Products, has signed back on as creative consultant.

“Christian and I have been friends for many years,” said Azria. “We always talk about shirts and fashion and, of course, being in fashion, so this was a natural decision for both of us.”

Restoin will remain in Paris, while Azria will work from his home base of Los Angeles. Also involved in the design process are “a highly respected team of international editors from Paris to Los Angeles,” whose names he declined to reveal.

Equipment will be launched as a women’s line, priced between $70 and $110 wholesale, and Azria plans to add a men’s collection within the next two or three seasons. He projects $15 million to $20 million in first-year sales for the collection, which has been picked up by Barneys New York.

As for the look of the new Equipment, he said it will play on the heritage of the line with tailored silk men’s wear-inspired styles featuring two flap pockets, and introduce a more feminine angle via lace styles. In all, there between color, print and fabric choices, there will be 135 different style options.