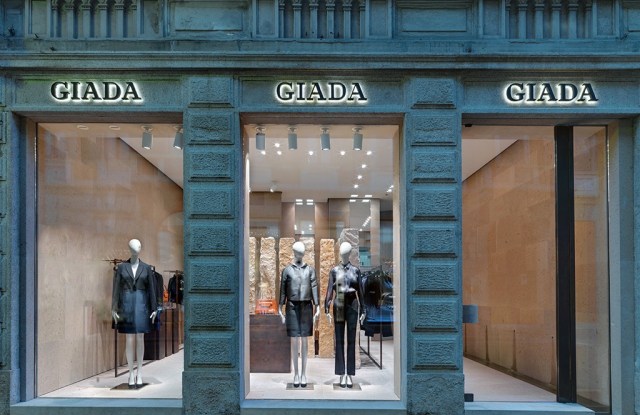 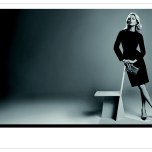 Occupying three levels of an 18th-century palazzo on the famed street, Giada’s backstory reads differently to the other luxury brands with storefronts on the same turf.

“We’ve come home and it feels emotional to have a presence in Italy,” said Rosanna Daolio, head designer and founder of Giada. “We’ve mapped a course that is certainly the opposite direction taken by other luxury brands, but after success in China we are sure Italian women will appreciate Giada’s understated elegance as much as Chinese women do.”

Daolio, who was on Max Mara’s design team for more than a decade, started Giada in 2001, and sold it in 2011 to RedStone Haute Couture, a Chinese luxury brand management firm, after inking a distribution partnership in 2005.  RedStone Haute Couture has helped European luxury fashion brands including Salvatore Ferragamo and Yves Saint Laurent enter the Chinese market.

“I sold, but only under the guarantee they would allow me to keep the quality, so all the textiles and production are strictly Italian and will remain that way,” Daolio said.

The Milan boutique, which covers nearly 2,000 square feet over two floors, is part of a plan by RedStone Haute Couture to take Giada global. Other flagships are slated to open on New York’s Madison Avenue and on Hong Kong’s Fashion Walk in 2015, while Giada is expected to open locations on Sloane Street in London and Avenue Montaigne in Paris in 2016 and 2017, respectively.

“It is impossible for us to predict sales,” said Stefano Fadda, Giada’s brand director. “Giada is not known here but RedStone Haute Couture is a company focused on creating an identity in Italy and the rest of the world.”