The designer’s last attempt at a Paris show, in 1998, was scuttled by authorities over safety concerns. 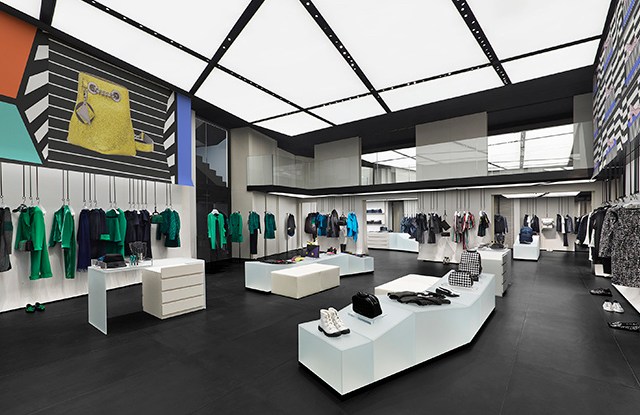 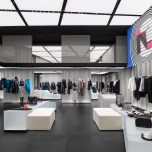 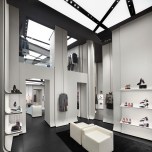 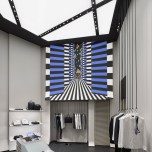 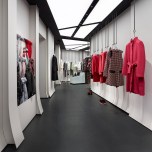 PARIS — “I’m very attached to this store, which I opened in 1998,” Giorgio Armani said about his Emporio Armani boutique and café in the heart of Paris’ Saint-Germain-des-Prés, which he has completely revamped with a brighter, airier look.

This story first appeared in the October 4, 2016 issue of WWD. Subscribe Today.

He is to unveil it tonight, along with his spring Emporio collection, making an “unfulfilled dream come true.”

The Italian designer was referring to the fact that Paris authorities canceled his Emporio show in Paris at the last minute back in 1998 due to safety concerns — a rare cancellation during Paris Fashion Week. He usually shows Emporio Armani in Milan.

“Paris is undoubtedly a highly prestigious showcase, and this particular location, which is in a heavily frequented area, gives me the opportunity to introduce my fashions and my lifestyle concept to a large and extremely diverse clientele,” Armani said.

He noted that France recorded “good growth” in 2015 and “has always been an important market for my group. Of course the decline in tourism, due to the heartbreaking events that took place recently, has affected everyone. But I’m optimistic.”

The designer said stores must be updated regularly to keep up with the times.

“This is why I designed an environment in which the sense of space, rhythmical with its thin walls clad in paper, is fluid and light,” he said. “I visualized it as a large design studio where the customer is free to move about…a new and modern space.”

“Its old buildings and picturesque glimpses of the Eiffel Tower are beautiful,” he said. “In my free time, I love to take long walks, stroll past typical Parisian bistros, head towards Rue de Seine and hunt for a piece of furniture or a unique item in one of the many art galleries, and stop on the Pont Alexandre III to admire one of the most beautiful views of the city.”

Armani was a pioneering designer-turned-restaurateur, with his first Emporio Armani Caffè dating back 20 years.

“I wanted to offer customers my full lifestyle concept by providing a complete experience that also included food,” he explained. “I adore Italian cuisine for its simplicity and having a place in which you can enjoy it and whose atmosphere reflects my aesthetic, is a very interesting idea.”

The café spreads over two floors, the walls clad in metallic leather and are gently curving. A corner on the ground floor is dedicated to chocolates and sweets under the Armani/Dolci banner.

“Times are tough right now, but I think that everything should go ahead and we shouldn’t be influenced by fear,” Armani said. “My presence in Paris not only restores my deep bond with the city and the French people, but it’s also a testimony of confidence and positivity.”