Givenchy Looks to Capitalize on Momentum 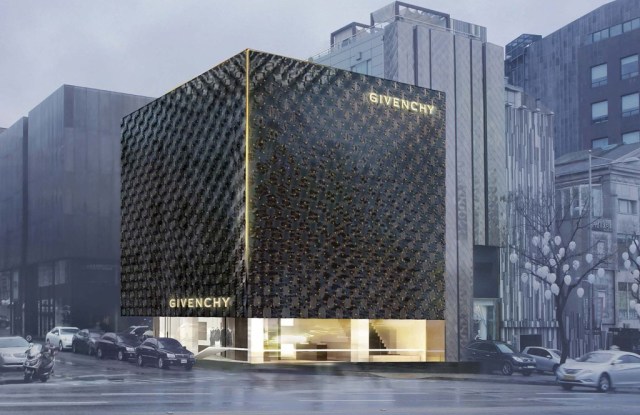 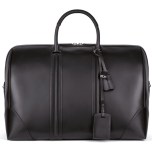 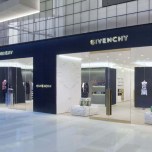 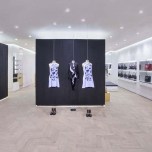 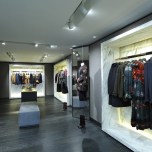 PARIS — “I think the brand was really just waiting to explode.”

So says Sebastian Suhl, chief executive officer at Givenchy, who is igniting an ambitious project to magnify the French firm’s retail footprint and capitalize on the brand momentum fueled by its creative director, Riccardo Tisci.

In an exclusive interview, his first since joining the LVMH Moët Hennessy Louis Vuitton-owned fashion house 18 months ago from Prada Group, Suhl unveiled plans to open 26 boutiques next year, part of a strategic thrust to have direct retail contributing half of revenues by 2015, up from about a quarter today.

He also lifted the veil on Givenchy’s rapid growth trajectory, headlined by a near doubling of like-for-like sales this year in its existing store network, which comprises 20 directly operated units and 53 franchises.

While he declined to provide sales figures, Suhl assured that significant investments in building the store network would not dent profitability at Givenchy thanks to “very healthy margins” and robust top-line growth.

Market sources estimate the brand is on track to post 2013 revenues north of 200 million euros, or $270 million at current exchange, and reach the half-billion-euro threshold within the next several years, leapfrogging it into the leagues of other LVMH brands such as Fendi and Céline.

“There’s loads of upside,” Suhl said, noting the brand currently has no freestanding stores in the U.S. and that it has yet to expand in Europe beyond the French capital.

Next year will see Givenchy plant boutiques in New York — Suhl is zeroing in on a lease for an uptown Manhattan location — at Wynn in Las Vegas and in the Miami Design District. Priorities for Europe include London, Rome and Milan, while expansion is to continue in China, Southeast Asia and Japan, where Givenchy just inked a lease for a freestanding unit on Omotesando in Tokyo.

At present, Europe accounts for 42 percent of the business, China 18 percent, Asia-Pacific 14 percent, America 12 percent, the Middle East 7 percent, Japan 4 percent and the rest of the world 3 percent.

Unusual features include the ceiling in the vast entrance, left raw to show traces of the bakery that occupied the space for a century, and an L-shaped promenade of ready-to-wear downstairs.

Sources estimate the two-level unit should generate first-year revenues in the neighborhood of 10 million euros, or $13.5 million at current exchange.

An energetic, exacting executive with a youthful crop of dark, curly hair, Suhl enumerated other key recent openings: a 7,000-square-foot flagship in a freestanding building in Seoul across from the Galleria department store; a flagship duplex in Beijing’s Sanlitun shopping complex, and mall locations in IFC and Elements malls in Hong Kong and the IAPM mall in Shanghai.

Asked to account for Givenchy’s strong like-for-like gains and its top ranking by sales volume in several of those key locations, Suhl said, “I think we have an exceptional brand on our hands. This has been one of the great maisons in couture history and in general.”

He also credited the design prowess of Tisci, who since joining Givenchy in 2005 has heated up the brand with theatrical, trendsetting fashion shows and multiple celebrity dressing coups, including concert tours for Madonna, Rihanna and rising Chinese pop star Li Yuchun.

“He’s been effectively leveraging the Givenchy DNA with his own hands, and he’s given the house amazing codes,” Suhl said. “Our product is very much desired.”

He also credited Givenchy’s exclusive cachet — thanks to still-limited distribution — for its success in various global markets, and particularly in China, where some consumers are shifting away from luxury megabrands in favor of fresher, buzzier names.

For its retail push, Givenchy is targeting only top cities and top locations for boutiques, eager to preserve its insider appeal. “We’re being very measured,” Suhl stressed, also noting that it would shy away from a cookie-cutter approach to store design.

“Balance” was a word Suhl came back to many times, a descriptor he said applies across Givenchy’s distribution channels, product categories and genders.

On the wholesale side, Givenchy ships to about 800 doors globally across all categories, and Suhl has been “optimizing” that distribution channel, reducing the door count while increasing productivity. “We’re achieving double-digit growth with less accounts,” he said.

Balanced, too, are the retail openings, a mix of company-owned and franchise locations, with some stores showcasing only women’s products, others men’s and some both.

“We’re not only looking for the big home-run flagships,” he stressed. “But for most of the openings, we do try to have men’s and women’s together, to show the links between the collections and the global vision of the brand.”

At present, the business globally is split almost 50-50 between accessories and rtw. Suhl said accessories could grow to 60 percent of the total.

The latest accessories volley is a range of men’s leather goods, including briefcases and weekend bags. Dubbed the LC line, it made its debut at Avenue Montaigne and will be delivered elsewhere in December.

Women’s products currently account for 65 percent of the global business, and the balance men’s. Suhl noted that Tisci only took on the men’s universe in 2008. “He’s very strong on all these categories, it’s quite rare,” he asserted.

Behind the scenes, Suhl fortified teams and streamlined processes, including commercial management, collection merchandising, the supply chain and retail and subsidiary management. He said he would name a U.S. president later this year to lead growth in that market.

Asked to project Givenchy’s future potential, Suhl said the brand could one day support up to 100 directly owned stores. “We see upside in every category, and we see high-double-digit growth across all categories,” he said, citing men’s footwear and men’s accessories as high-potential examples.

On the image front, Givenchy recently revamped its Web site, which has led to a bump in online traffic, and it introduced m-commerce for ladies’ categories last September. Men’s products are to follow later this year.

Last year, Givenchy said it would to take a pause from presenting its couture collection, while continuing to service private clients and celebrities.

Suhl said the strategy is emblematic of its exclusive approach. “We’re a couture house: This is very much part of our DNA, and it applies to everything we do.”

A case in point is the limited-edition bags it now launches in tandem with each important opening. For Paris, Givenchy created eight HdG bags in ostrich and python, retailing for 4,200 euros, or $5,665, a pop.

“Usually, they last one morning” before selling out, Suhl said, flashing a big smile.