Givenchy’s Riccardo Tisci on where he is headed as a designer and where the house is headed under his stewardship. 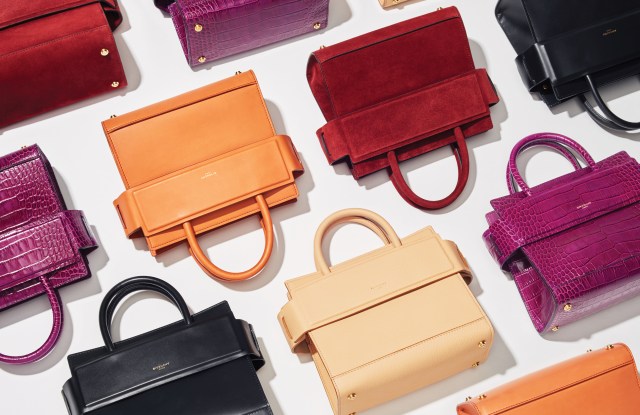 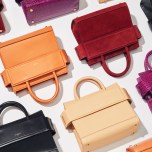 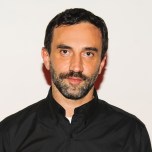 Riccardo Tisci is mapping out new horizons as he enters his second decade at the creative helm of Givenchy. Horizon is also the name he gave to a new handbag that is emblematic of his maturity — albeit with provocation and daring still simmering under the surface.

“I’m always experimenting with the bags, going with my gut,” he said over the phone from New York, in town for the Met ball and a Time gala, as the Italian designer joined the magazine’s annual list of the 100 most influential people in the world. “When everyone was doing hard bags, I would do soft bags. I’ve been exploring. When you’re learning something, you experiment more and you take more risks.”

While known primarily for his ready-to-wear collections and pulse-pounding fashion shows — with their inimitable melding of couture refinement and streetwise edge — Tisci noted that he’s always been very involved in leather goods, the backbone of most European luxury houses.

After getting good reaction to his saddlebag with floppy, dog-ear flaps named Pluto, the couturier went out on a limb with the Nightingale, which was “softer, cooler and some would say darker,” Tisci said of that supple duffel with futuristic embossed handles, which quickly became a “huge success” and sells briskly still.

Next came a more structured, stiffer satchel named Antigona and then the Pandora messenger in the form of a deflated box.

“These last few years, I did clothing and accessories for young generations, and for middle generations of fashion girls and women. I think the shoes and clothing are developing very well for more elegant, sophisticated and mature women,” Tisci said in his mile-a-minute parlance. “But I could not find the right bag for these ladies. Like for my sister who is 60, I could never find a bag to give her for her birthday or Christmas.”

Enter the Horizon, which exemplifies the geometric shapes Tisci likes to explore with its prominent band wrapping the top of a square form.

“I wanted to launch a more classic bag, more for a mature woman: with less metal, more elegance, more chic, more luxurious-looking,” he said. Slated for delivery on June 1, the Horizon initially comes in three sizes, priced from $1,900 to $2,690 in classic leather and suede.

The Horizon echoes her timeless chic and telegraphs Tisci’s strategy for the next phase of Givenchy. Now that he’s mapped out the brand’s identity — associated with darkness, severity, romance and urban athleticism — he plans to dive deeply into each product category to maximize the potential, and meet customer expectations.

Last year, Tisci took on responsibility for designing Givenchy boutiques, typically curating products in themed rooms — young and street, or classic chic, for example. He says this helped open his eyes to gaps in its product universe.

“It’s always been my dream to set up a lifestyle for the brand,” he related during a wide-ranging conversation. “I want to define the house and not only do a beautiful fashion show, but develop a beautiful lifestyle.”

For example, Tisci recently revamped Givenchy’s eyewear with its new partner, Italy’s Safilo Group, and he pointed out the category is now “exploding. I’m very happy.”

As for future growth vectors, he’s got plenty of ideas. “Jewelry is probably something I would love to develop next. And I keep proposing this to LVMH [Givenchy’s parent]: I would like to launch very soon an underwear line. That would be great, because I can see Givenchy underwear, especially in men’s,” he said. “It’s still a work in progress, but I’m sure it’s going to happen.”

Tisci was relatively unknown when he arrived as Givenchy’s couturier in 2005, having generated some buzz with a Goth-tinged signature collection he cobbled together on a shoestring budget in Milan after a career at brands including Antonio Berardi, Coccapani and Ruffo Research.

Tisci has often described himself as a self-made man, who scrabbled his way out of a large family with plenty of love, but meager financial means. (His mother, widowed when he was six, had eight daughters before him.)

A quick study, he received warm reviews for his first couture efforts, and took on men’s wear, completely new turf for him, in 2008. There was a steep learning curve for accessories also, though Tisci confessed he’s been obsessed with shoes since his days at Central Saint Martins fashion school in London. In that product category, he’s had a strong track record of being ahead of the trends with gladiator sandals, high-top sneakers and riding boots.

Given that he grew up poor, Tisci said he relates to accessories as a crucial entry point to the designer world. “I know what it is like to save money to buy one item,” he admitted. “Not everybody can afford our clothes because we’re a luxury house and prices are high.”

At Givenchy, rtw accounts for about 40 percent of the business, with the balance in accessories — a ratio Tisci considers ideal. “We don’t want to be like 95 percent accessories because we want to represent fashion,” he stressed.

Looking ahead, Tisci said he plans to reduce the cadence of introducing new handbag shapes to meet shifting market dynamics. “Before, you needed to launch three different bags a year to be successful,” he said. “Now, my strategy is to launch fewer new shapes, and really take more care to develop each iconic style.”

For example, he said the Horizon can take on multiple guises — say, with studs for an edgier customer; in crocodile for a sophisticated, couture type, and in plain leather for a businesswoman. “We have so many iconic bags, we want to get the best out of them. Now, fashion is more about the essentials.”

In his view, “People don’t have time and don’t want to always buy new, new, new.

“I think women when they feel good and they get a lot of compliments and they feel sexy and powerful in what they’re buying this season, if the next season you take it away, they get upset,” Tisci explained. “I know myself. When I like a pair of trainers, I want to return next season and buy them in another color, another material, with another detail. Before, you had to change every season. Now, I think people are seeking products with an identity.”

At 41, Tisci relishes his maturity, which is always tempered by his curiosity and hunger for keeping abreast with changes in society and popular culture.

“I’m mature and I’m different, but I’m born as a daring designer and I’m going to die as a daring designer. That is me,” he said. “The other day at the Met, I brought Madonna and she was super outrageous, and Beyoncé as well, because that is me and these women relate to me. I’m going to do things in a different way, because a good designer needs to keep up with the times.”

Indeed, Tisci seems more committed than ever to trust his instincts, take risks and go his own way. “To make the Givenchy identity stronger and stronger, we need to be ourselves,” he said. “I don’t want to follow the trend. I just want to make the people that follow me happy.”