Post Street store is the London-based luxury jeweler's first on the West Coast.

By Alexandra Steigrad
with contributions from Ellen Sheng
on November 10, 2011
View Slideshow 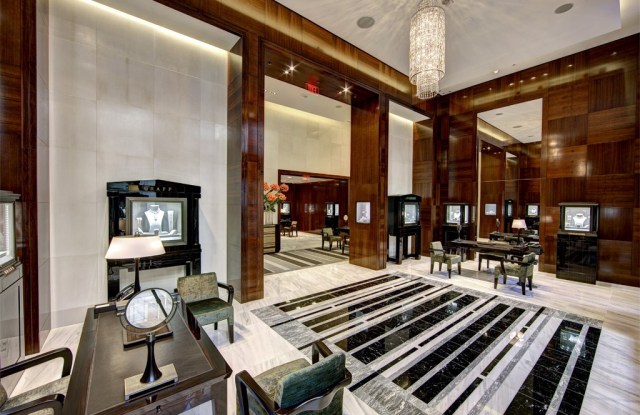 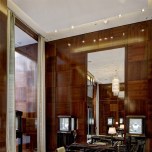 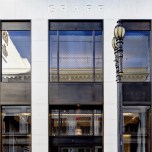 Coming off the news that it plans to raise as much as $1 billion for an initial public offering in Hong Kong, Graff is opening its first California-based store today. The 2,500-square-foot store in San Francisco counts as Graff’s sixth stand-alone unit in the U.S., where the company also has seven shop-in-shops in Saks Fifth Avenue stores.

“It’s a very exciting market and it’s our first presence on the West Coast,” said Henri Barguirdjian, president and chief executive officer of Graff USA. “It’s almost like being in a different country.”

Barguirdjian noted that Graff has a strong customer base in San Francisco, thanks to its high brand awareness in China.

Over the past two and a half years, Graff has opened five stores in Asia, which is a sizable number considering the London-based jeweler has only 20 stores in total.

Graff, which has doors in Hong Kong, Beijing, Shanghai, Tokyo and Taipei, plans to open additional locations next year in Macau and Hangzhou in China, as well as a store in Gstaad, Switzerland.

Instrumental in its ability to expand is the somewhat Teflon nature of the hyper-luxury market.

“Our sales are progressing very nicely all around the world,” Barguirdjian noted. “What’s interesting is that since the 2008 meltdown, we were fortunate enough to not suffer. There has been a slowdown in the mid- to medium-luxury market but we deal with very high luxury.”

Indeed, the group is expected to report sales of about $800 million this year.

Known for its giant gems — Graff has bought and sold a slew of major diamonds including the 603-carat Lesotho Promise, which it acquired in 2008 — the company said that even though the price of diamonds continues to rise, its clientele isn’t affected.

“People like to buy very rare and fine objects,” Barguirdjian said, admitting that its rather small watch business has been the only category to be impacted by the economy.

“The price of gold has increased so much, on average 15 to 20 percent,” he said. “We had to increase the prices [of watches] rather dramatically.”

Nonetheless, the brand expects to continue its strong growth with its latest addition.

Situated at 237 Post Street in San Francisco, Graff’s new digs are designed by architect Peter Marino and incorporate classic materials, including French walnut and parchment paneling in its interiors. Modeled after its New York flagship on Madison Avenue, the store’s limestone facade is accented with a bronze window wall. Decorative screens create an arched entry into an interior that boasts of Pentelikon and Cippolino stone floors.

Today’s opening, which will be attended by Graff founder and chairman Laurence Graff, will honor the University of California San Francisco Benioff Children’s Hospital.