The Georgian home of Victorian England’s greatest novelist has been transformed into an interactive museum. 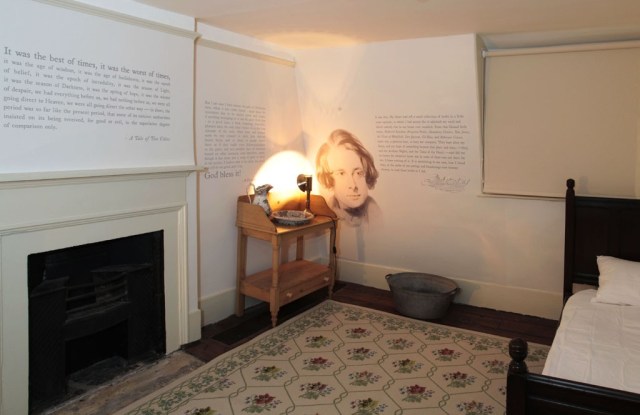 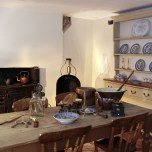 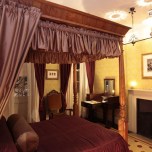 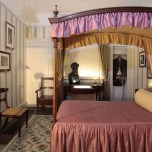 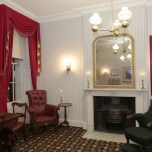 It is the best of times for fans of Charles Dickens.

The Georgian home of Victorian England’s greatest novelist has undergone a 3.1 million pound, or $5.1 million, makeover to mark the bicentennial of his birth, and has been transformed into an interactive museum.

The space, located at 48 Doughty St. in Bloomsbury, lifts the veil on the everyday life of the journalist-cum-author and the place where he penned “Oliver Twist” and “Nicholas Nickleby.” Dickens lived at the house from 1837 to 1839.

Visitors are able to linger in the drawing room, where Dickens entertained guests, and the master bedroom. Each room is adorned with his possessions — including manuscripts, a reading desk and photos — and highlights a different part of the author’s life.

“We did a lot of research in the Geffrye Museum and its archives,” says Fiona Jenkins, curator of the Charles Dickens Museum, referring to the East London institution that showcases furniture, textiles, paintings and decorative arts in a series of rooms dating from 1600 to the present day.

She says the aim was “to get the look and feel of each room so we can imagine Dickens was living there. So we hope that if Dickens came back, he would walk through the door and he would certainly recognize the house and the spirit of how he left it.”

Jenkins and the team took great care in renovating the property, and even discovered the paint scrapes in the drawing room. They knew what colors Dickens used and restored it accordingly. Dickens was enthusiastic about interior decorating, as noted in correspondence to friends and in “Household Scenery,” an article he wrote for Household Words, a journal he launched in 1850.

Of all the rooms at the Dickens museum, Jenkins believes the author would have favored the drawing room the most. “He liked to entertain; he was a great performer. He liked to do readings of his works with his family and with his guests during the evenings, so he could be center stage,” she says.

The attic and kitchen will be open to the public for the first time. From his tough childhood and his closely guarded relationship with Ellen Ternan to the cupboard that reveals his will and the prison barrier where his father was locked up, these rooms uncover some of the events that Dickens kept under wraps for much of his life. Ellen Ternan, his close confidante — some would say mistress — is one of the discoveries visitors will encounter.

“He kept her well hidden from public gaze,” says Jenkins. “You also find out about Dickens’ secret childhood. At the time, the contemporaries he wrote for and who were his friends didn’t know his background and how he had been working at a factory after his father had been imprisoned for debt. You discover all about his life. When Dickens wrote about social reform, he was writing about some of his own experiences.”

The room that would have served as the servant’s room and nurseries for his children was curated to engage visitors, with quotes on the wall from his works. “Even if you hadn’t read any Dickens before, you can sit in the room and can’t fail to read Dickens and see how wonderful his work is,” says Jenkins.

Going forward, the museum will feature an exhibition of Mike Newell’s adaptation of “Great Expectations,” starring Helena Bonham Carter and Ralph Fiennes, the National Dickens Library, archives, a learning center and a café.

“I hope that he thinks we have accurately guessed his taste. Because that’s what we tried to do,” says Jenkins. “We got into the slippers and the smoking jacket of Mr. Dickens. He was very interested in how his homes looked. During that time, the furnishing of the house was left to the woman. But on this occasion, Dickens was a great character, and he did actually want to have his input into the houses.”