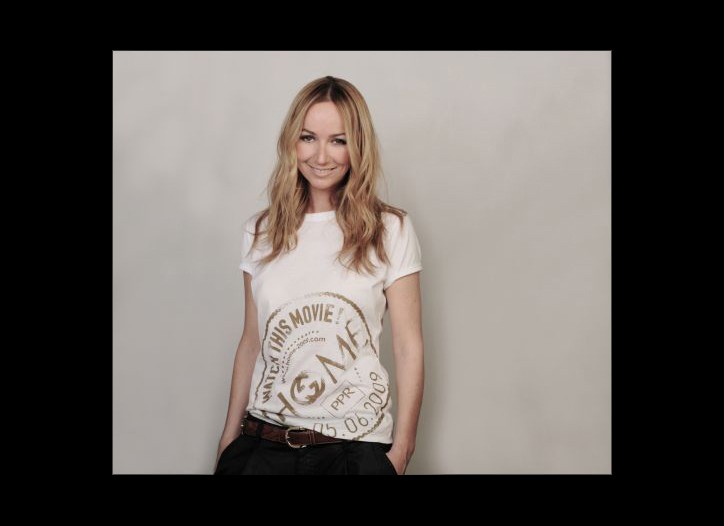 PARIS — Leave it to Alexander McQueen to create a powerful visual message about the planet’s perils by rearranging the continents, via photo manipulation, into the shape of a skull.

That striking image appears on a scarf and is among special products and projects Gucci Group’s designers have envisioned to promote the June 5 release of “Home,” the PPR-sponsored film by Yann Arthus-Bertrand designed to raise environmental consciousness on a global scale. Produced by Luc Besson of “The Fifth Element” fame, the documentary can be seen on World Environment Day in cinemas, on television, on DVD and on the Internet.

McQueen’s organic cotton scarf, limited to a run of 200, will be sold at McQueen boutiques and online in the U.S. starting in June, priced at 185 euros in Europe, and $285 in the U.S.

Profits for all film-related products are to be donated to Goodplanet.org, Arthus-Bertrand’s environmental-protection charity.

Gucci’s Frida Giannini and Yves Saint Laurent’s Stefano Pilati each opted for T-shirts. Giannini’s — in naturally dyed organic cotton and packaged in recycled materials — melds the Italian brand’s iconic “GG” symbol into the film’s logo and comes with a white canvas bag for 140 euros, and $195, in select Gucci stores beginning May 25. “Anyone who watches this film will not fail to be deeply moved by the incredible imagery,” Giannini stated.

Pilati’s limited edition range of T-shirts, tank tops and tote bags comes in several exclusive designs, and all items are made of organic cotton.

At Bottega Veneta, Tomas Maier created a tote bag that goes on sale at its boutiques in Milan, Paris and New York on June 2, priced at 70 euros, and $90. Customers who spend more than 1,000 euros, and $1,500, receive one as a gift with purchase.

To realize its “Eco Pump,” Sergio Rossi partnered with the Fraunhofer Institute for Chemical Technology, a research center in Pfinztal, Germany, to find ecologically sustainable components. These include leather produced with an eco-sensitive tanner and a sole and heel made with liquid wood, which is biodegradable and high strength. The shoes retail for 395 euros, and $740.

Jeweler Boucheron will not produce its Magnetic Quatre square made of four shades of gold, with movable parts like a Rubik’s cube. Rather, the one-of-a-kind object will be displayed in its Place Vendôme boutique and later auctioned to benefit No Dirty Gold, an organization whose aim is to end mining practices that harm the environment. Bids are to start at 2,000 euros.

Meanwhile, Stella McCartney, perhaps Gucci Group’s most eco-minded designer, has planned a celebrity-studded party in lieu of a product. The VIP picnic screening of “Home” at her West Hollywood boutique is to be hosted by Salma Hayek, Maggie Gyllenhaal, Peter Sarsgaard, Laura Dern, Ben Harper, Emily Deschanel and Anjelica Huston.

Balenciaga has yet to give details about its intentions.