The Italian brand was urged "not to spend too much money" on its shop concept. 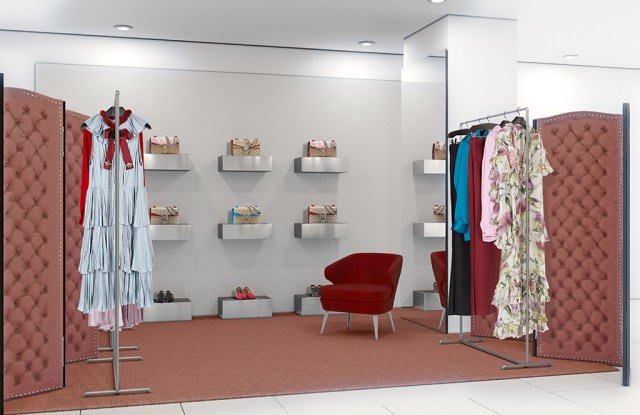 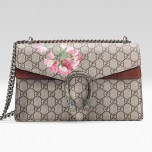 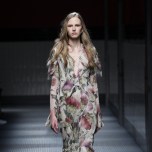 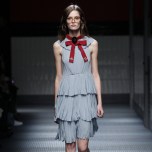 But there’s one important proviso for the dedicated spaces these luxe labels are allotted: Hold the marble, the Wenge wood and the polished brass.

“We urge them not to spend too much money because we want the store to change a lot,” said Adrian Joffe, chief executive officer of Dover Street Market and Comme des Garçons International, whose latest surprising move is to invite Gucci to invade all four Dover Street Market locations, starting with the Ginza unit in Tokyo on Saturday.

Disclosing the collaboration exclusively to WWD, Joffe also noted that he requires brands accustomed to imposing facades and a perpetual game of retail one-upmanship to adapt to more modest and conceptual settings.

For the New York location, for example, Gucci will be showcased in a compact area at the entrance, with walls, shelves and mannequins wallpapered in botanical prints, providing a busy backdrop for the designs of the Italian brand’s new creative director, Alessandro Michele.

“Bigger is not necessarily better for us, and I think they appreciate this challenge,” Joffe said of the luxury behemoths that have been housed at Dover Street Market in recent years, including such names as Dior and Louis Vuitton. “There’s no point doing the same corporate image. The point is to give them a chance to express themselves in a different way.”

It was Michele’s more romantic, geeky and androgynous approach that caught Joffe’s attention, impressed that the $4.65 billion Italian brand could chart such a daring new course – a U-turn from its slick, jet set collections of yore.

“It seemed very new to me. I think he will be influencing fashion a lot. It’s a revolution in terms of Gucci. I think he’s really in tune with what’s happening,” Joffe said. “We’re always really open to working with people who have great creativity and a strong vision. It goes with our spirit of telling stories and having something new to say. When I believe in something, I take it as far as I can.”

Marco Bizzarri, president and ceo of Gucci, echoed the sentiment.

“We were enthusiastic when Dover Street Market approached us with the idea of this global collaboration, which is emblematic of our new vision for Gucci,” he said, noting there are few comparable “contemporary backdrops for fashion in the world today” and that “building unique and exciting collaborations with selected specialty stores is a new page at Gucci.”

Bizzarri said the Dover Street Market installations would be appreciated by those “who are now approaching the brand as it is becoming more intriguing and fashion forward.”

When the retailer opened its original location on London’s Dover Street in 2004, Joffe and Kawakubo included shops for Azzedine Alaia and Lanvin, which intermingled with Comme des Garcons’ 10 collections, including Junya Watanabe, along with streetwear, sneakers, fragrances, music and vintage sunglasses.

“I want to create a kind of market where various people from all walks of life gather and encounter each other in an ongoing atmosphere of strong and beautiful chaos,” Kawakubo said at the time to describe her concept, which ultimately spread to four cities, including a franchise location with Hong Kong retailer I.T, known as I.T Beijing Market.

Over the years, Dover Street Market has invited a range of established brands to set up shops, including Céline and Saint Laurent, which are today under the same roof as lesser-known labels such as Molly Goddard, Yang Li, Gosha Rubchinskiy or Brain Dead, a T-shirt maker displayed in a new basement area of the London location.

“I wouldn’t be open to every Tom, Dick or Harry corporate brand,” Joffe noted, lauding the authenticity and craftsmanship of Gucci. “We like to mix luxury and street; expensive and not expensive.”

Established brands with their own retail networks still value exposure in cutting-edge specialty stores as a way to reach new customers, and the chance to put their collections in a creative and dynamic context, according to Joffe. He said these brands appreciate Dover Street Market’s selections — skewed to the “stronger things” in the collection — and its reputation for selling more ready-to-wear than leather goods.

“Our customers are used to finding things they can’t find anywhere else,” he said. “They come for our outlook on how you can be a strong independent.”

Joffe noted that Gucci would operate the spaces at Dover Street Market as concessions. Budgets are decided together, though Joffe and his buying teams control the order. “We buy it in our way, with our viewpoint and it’s different,” he said. “They depend on us because we know what we can sell. We always try to move the goalposts, cover new ground, take risks.”

The Gucci spaces are to house Michele’s first effort — the fall collections — and then be reimagined for the arrival of cruise 2016 merchandise.

In Tokyo, the Gucci shop will be housed on the fourth floor of the emporium, which has more than doubled in size and will also welcome such new labels as Prada, Miu Miu, Chrome Hearts and Valentino for fall.

The Gucci shops in New York and London are to open Sept. 10, with Beijing later in the fall. Decor elements also include concrete panels, carpets, velvet armchairs and metal rolling racks.

In March, the original London location is to move from Dover Street to a much larger space in the original Burberry building on Haymarket.