With a strong editorial focus, polished content and lively text, it has the look of a glossy fashion magazine. 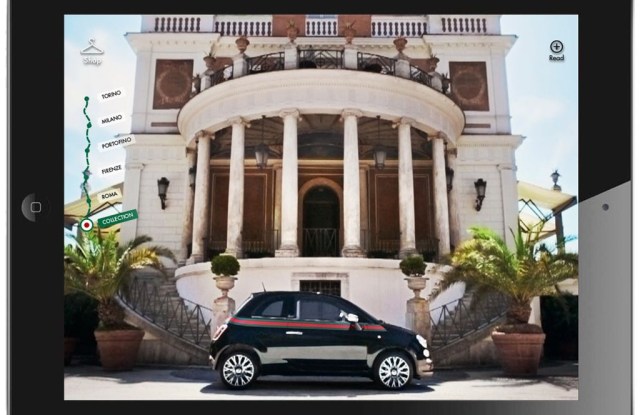 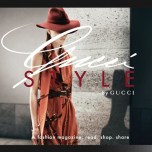 MILAN — Gucci launches an iPad app today called Gucci Style by Gucci, and with a strong editorial focus, polished content and lively text, it has the look of a glossy fashion magazine.

This story first appeared in the August 1, 2011 issue of WWD. Subscribe Today.

Translated into eight languages and available for download on iPads and iPhones at the Apple App Store, the interactive magazine offers a complete Gucci experience spanning fashion, culture and lifestyle. It also offers e-commerce.

By clicking on the Fiat 500 by Gucci tab, for example, a user accesses a video where Gucci creative director Frida Giannini slips on her black shades, slides into the driver’s seat of a sleek black city car and drives off.

Linking in with the escapism theme is a mini guide on the app that details the fashion house’s history, where to eat and sleep and what to pack, from Milan to Rome to Portofino. All the clothes and accessories rotate through a special 360-degree interactive feature.

Another boon is the sampling of Giannini’s 8,000-plus personal vinyl record collection, a peek at how master artisans craft Gucci’s iconic Bamboo bag and horsebit loafers, as well as a mini interview with riding champion and muse Edwina Alexander.

Gucci launched its first online store in 2002, and gradually added a series of microsites to promote specific products such as eyewear and fragrances. The company’s e-commerce efforts culminated with the launch of a renovated digital flagship, gucci.com, last September, which has consistently generated three million visits a month, according to the company.